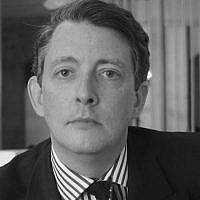 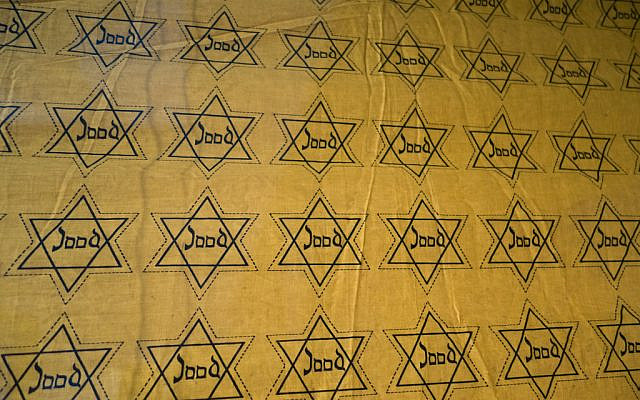 I do not, generally, think of myself as looking especially Jewish, notwithstanding the nod of recognition I had from a hasid on Hatton Garden as he spoke Hebrew into his mobile phone. Nor am I practising in any meaningful sense, though I confess (why do I choose that word?) that there is the odd tug of a heartstring around the major festivals, and I would always text my parents a few traditional words at Passover and Rosh Hashanah. I will freely admit, then, that I have generally treated the incidence of anti-Semitism in the United Kingdom as an academic and public policy issue, one to be studied and, in the abstract, denigrated; but rarely one to be feared viscerally.

It is no secret that anti-Semitism has been on the increase in the UK in the last few years, with the Labour Party, traditionally the home for minorities and oppressed communities, somehow finding itself a wellspring of poison. What has frustrated, not to say outraged, so many is not simply the number of problematic opinions on the far Left, but the flat-out denial of their true nature: for some, anti-Semitism cannot be equated with racism, because racism is an act of oppressors upon the oppressed, and Jews are, well, powerful and well-connected.

It is a British conceit that we are very welcoming. The Irish pride themselves on their hospitality; the Welsh talk of a welcome in the hillsides; and a Scotsman is anyone’s friend after enough booze. The English like to point to London as a great melting-pot, the home of refugees from as long ago as the 16th century, and the large French Protestant Huguenot influx. But anti-Jewish feeling has deep and dark roots. The wearing of badges was prescribed by Henry III in 1218 and in 1275 the Statute of the Jewry outlawed all money-lending at interest, essentially disabling the Jewish economy. In 1290, Edward I issued the Edict of Expulsion, which gave the Jewish population until All Saints’ Day (1 November) to leave the country. the order remained in force until the middle of the 17th century.

Recently, anti-Jewish feeling has manifested itself in an unexpected way, a way which has left many Jews blindsided. Israel has been in the news for its extraordinary success in deploying a vaccination programme against Covid-19. By the middle of February, nearly three-quarters of the population had received at least one injection (which we know provides a very considerable degree of protection on its own). There have been many contributing factors: the small and compact nature of the state of Israel; investment in scientific research; and a very efficient logistical effort to deliver the vaccine to patients. Whatever the reason, Israel is leading the world, and countries like the UK and talking to the Israeli government to understand how they’ve done it.

Inevitably, the question has started to be raised: what about the Palestinians? Here the answer is not so simple. Residents of East Jerusalem, having Israeli residency status, are entitled to be vaccinated, as are workers at the six hospitals there, many of whom come from Gaza and the West Bank. However, Israel has not implemented the same approach to those living under the aegis of the Palestinian Authority. While some vaccines have been made available to the estimated five million Palestinians there, foreign countries like Russia and Qatar have made some supplies available, though distribution remains challenging because of the blockade imposed by Israel and Egypt.

The Israeli government argues, with some force, that the responsibility lies with the Palestinians’ own ministry of health. Yuli Edelstein, the health minister, has pointed to “the so-called Oslo agreements where it says loud and clear that the Palestinians have to take care of their own health”. And one can see a remorseless internal logic that if the Palestinians desire autonomy and freedom from the state of Israel, it is unreasonable still to expect Israel to perform basic public services for such a large population.

The United Nations (which many Israelis do not see as an entirely neutral arbiter in matters of Israel vs Palestine) argues that the Oslo Accords are superseded by international law. The Fourth Geneva Convention is, to be fair, explicit on this point. It reads as follows:

The Occupying Power has the duty of ensuring and maintaining, with the cooperation of national and local authorities, the medical and hospital establishments and services, public health and hygiene in the occupied territory, with particular reference to the adoption and application of the prophylactic and preventive measures necessary to combat the spread of contagious diseases and epidemics.

If one accepts Gaza and the West Bank as occupied territories—the UN, the EU and the Red Cross all use the phrase “occupied Palestinian Territory” or “occupied Palestinian Territories”—then the duty on Israel seems clear. But it is in no-one’s interest, in such a delicate matter as Middle East politics, to be dogmatically legalistic, and to dismiss the Oslo Accords as somehow lesser than international law seems a road down which no-one should be seen to go.

In the event, the exact responsibility does not matter for the purposes of this argument. What is important is that “Israel withholds Covid vaccine from Palestinians” has become another trope of the pro-Palestine, anti-Israel lobby in the UK, a perfect story to buttress their narrative of Israel bad, Palestine good. The Guardian, impeccably ‘liberal’ in this regard, reported the blockade of Covid vaccines at Ramallah by the Israeli authorities in an article which made the underlying sympathies plain. Nadia Whittome, a young left-wing Labour MP, laid a motion before Parliament, supported by a tediously predictable crowd, criticising Israeli policy. The radical Morning Star talked about “apartheid Israel” and “vaccine warfare”. The same, predictable perspectives.

It is striking that coverage of “apartheid” Israel has not mentioned that Jews and Arabs in Israel itself are being vaccinated without discrimination. Absent, too, is the fact that the Palestinian Authority recently suspended relations with the Israeli government, and has made no request for assistance with any vaccination programme. Easier, it seems, to air grievances than to ask for co-operation.

None of this is a surprise. The path from criticism of Israel via criticism of Zionism to hostility towards Jews is a familiar and extremely well-trodden one. The Palestinian cause—and by extension anti-Israeli sentiment—has been taken up by the Black Lives Matter movement and has strengthened support for the Boycott, Divestment, and Sanctions (BDS) movement which seeks to isolate Israel and pro-Israeli authors, politicians, thinkers and others.

It is manna for the West. In Rome, a pro-Palestinian group held a sit-in near the Italian Parliament denouncing Israel’s “refusal” to provide vaccines to Palestinians. The usual suspects, like Senator Bernie Sanders and Mia Farrow, have condemned Israel on social media. An Irish senator tried to unleash the full weight of Seanad Éireann on the Israeli authorities. Even Saturday Night Live has used the situation as a jumping-off point for some edgy humour which did not fully resonate.

A late entrant to the madness came with the election of a new leader of the Labour Party in Scotland. Anas Sarwar was born in Glasgow to Pakistani immigrant parents (his father was a member of Parliament and is now, improbably, governor of Punjab) and is in many ways a poster boy for assimilation and prosperity. He was educated at a fee-paying school, forged a comfortable career as a dentist and was elected to the House of Commons at 27 for his father’s old constituency. Now, still not yet 40, he has risen to lead the Scottish branch of his party; and supporters could not wait to trumpet this multicultural success story.  Angela Rayner, the parent party’s deputy leader, tweeted breathlessly: “I am so proud that our party has elected the first ever ethnic minority leader of a political party anywhere in the UK.”

Hmmm. “Ethnic minority”, you say? She overlooked, in all the excitement, Benjamin Disraeli, Michael Howard and Ed Miliband, all of them party leaders (indeed, Disraeli a prime minister), all of them from an ethnic minority—Judaism. But, relentlessly, the Jews are not regarded as part of the BAME “family”. They do not have the same tales of economic and social deprivation to show, and when they play the victim’s trump card, the Shoah, they are accused of using it for political ends.

Fine, fine. We expect this. What it shows, though, is how far we have fallen, and far we have to climb back to recover some sense of equity and balance in the public forum. The mantra should be second nature by now, but it isn’t, so repeat after me: anti-Semitism is racism. Anti-Semitism. Is. Racism.

About the Author
Eliot Wilson is a writer and strategic adviser, co-founder of Pivot Point Group. He is also a founding editor of digital culture journal CulturAll. After more than a decade as a senior official in the UK Parliament, he moved to the private sector, working for a specialist reputation management practice in London. He writes regularly for the Daily Telegraph, City A.M., Worth and Spear's Magazine, and is a media commentator on politics, international relations, business and communications. Eliot is a Fellow of the Royal Society of Arts.
Related Topics
Related Posts
Comments