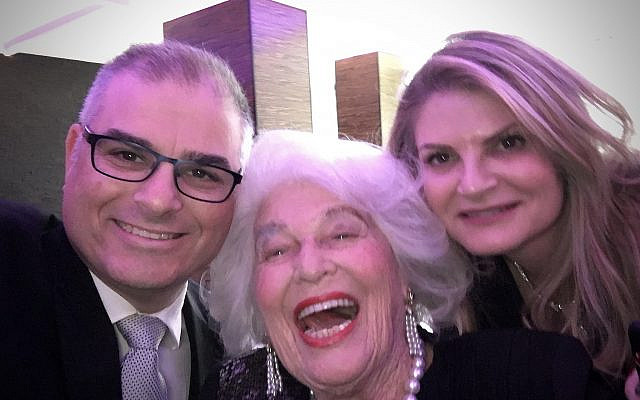 Several months ago, Jonathan Ornstein, Executive Director of JCC Krakow, together with his right hand man, Sebastian Rudol (a non-Jew who works tirelessly for Jewish life in Poland) created the idea of adding another day to the Jewish calendar. He joined with well-known and well-respected Rabbi Dr. Michael Berenbaum, a Holocaust historian and educator for many decades, in penning an op-ed on the argument for creating this new day (See here) .

Since it was a bold notion, they realized, they wanted ‘permission’ from the tens of organizations who have worked for a half century and more towards enhancing the lives of survivors as well as trying to educate the world about their existence. In a remarkable display of unity and support over 100 organizations, indeed a major representation of the entire world Jewry working on behalf of survivors, have joined together and become sponsors of this unique day (see here).

I have spent many years in Poland speaking and writing about the revival of Jewish life which has taken place over the last few decades; but this revival only rests upon the shoulders of the Jewish survivors who have chosen to identify as Jewish despite having covered up for safety reasons during the communist years. These survivors for whom the JCC in Krakow was built (by Prince Charles, that’s another story), have obviously dwindled in number but nevertheless remain a proud, active community in Krakow and around Poland.

When I think of my years in Krakow it is a wonderful kaleidoscope of young Jews who found out they were Jewish together with survivors, together with kindergarten kids who represent the next generation. The survivors are present at our weekly dinners, at my Jewish classes, at happy, joyous occasions, and as well, unfortunately, sad ones too. They are Roza, Bernard, Wiktor, Zosia, Mundek, Fredzja, Meller and tens of others who hang out in the JCC every day, drinking and schmoozing and once in a while, singing some songs of old.

Tomorrow is Holocaust Survivor Day (normally the 26th but because of Shabbat…) which means it is a day I will think about and talk to my Oma, Margot Ganger, my survivor and let her know how much I love her. I will also participate in an event at the Habima theater where 900 survivors are being brought together from all over Israel under the guidance of Colette Avital, in order to celebrate their lives.

In the evening there will be a special event which you can register for here: https://www.holocaustsurvivorday.com/june24event where there will be a ceremony, a special prayer (here) and a panel discussion of what is being done, what can be done for survivors as well as special panels on what it means to be a second generation and third generation survivor. Please take a few minutes to participate in this day and let’s add another unique celebration to our Jewish calendar!