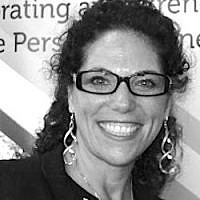 The Blogs
Elana Yael Heideman
Apply for a Blog
Please note that the posts on The Blogs are contributed by third parties. The opinions, facts and any media content in them are presented solely by the authors, and neither The Times of Israel nor its partners assume any responsibility for them. Please contact us in case of abuse. In case of abuse,
Report this post.

Death books haunt the International Tracing Service, just as much as they haunt the nightmares of the Holocaust survivors. But for these individuals, many of whom lost everything at the hands of Nazi tyranny and their collaborations, the Bad Arolson archives represent one last hope to find information about their relatives.

With the passage of time, many assume that we are nearing the last generations not only of Holocaust survivors, but of Holocaust perpetrators. These files, while they have provided some assistance in bringing pitifully few to justice, still provide invaluable information vital for history, memory and truth. 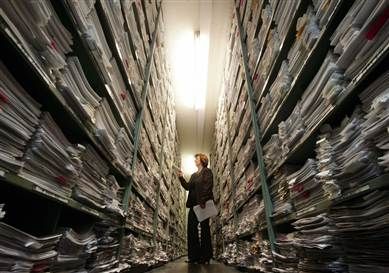 Amid 25 kilometers of 47 million documents only recently opened to the public, slivers of facts and evidence emerge. For many, the lists that comprise the catalogue of cruelty will be the last, if not only, record of their existence.

Sealed for over 60 years, this evidence serves to prove the systematic process of documentation that enabled the Nazis to collate and identify their millions of victims – from the moment of “arrest” or identification as a Jewish “untermenschen” (subhuman), to their housing assignment in the ghettos, their transport to the concentration, labor or extermination centers, and, sometimes, the details of their demise – oddly listed as “died,” not murdered.

At a time when history is being redacted to meet contemporary interests and reinterpretations, the United States Holocaust Memorial Museum, in partnership with B’nai B’rith World Center in Jerusalem and The Israel Forever Foundation, are honoring the 10th anniversary of the opening of the International Tracing Service with a special event in Jerusalem, opening public discussion about the importance of the documentation and its use by academic researchers seeking to protect the facts and assist those in seeking justice.

While some of the documentation from the ITS is housed in duplicate at Yad Vashem, the digitizing of the tens of millions of records in its archives is a game changer for academics and researchers who will be facing the increasing loss of survivors in the coming years. With their passing, it falls upon the next generation to collect and protect the fragments of facts that the ITS records contain and continuously seek to piece them together to expose the reality of the horrors imposed on the victims of the Holocaust.

Holocaust denial today takes many forms – some by selectively distorting the details, some by diminishing the specific targeting of Jews for annihilation, some by excusing the behavior of the perpetrators, and some by transforming their anti-Semitic intent into anti-Israel rhetoric. All of these forms of Holocaust denial, trivialization, minimization, universalization or inversion are all forms of denial of central aspects of the Holocaust. Many polls and surveys have demonstrated how few people know more than a handful of facts about the Holocaust, so the ground is ripe in many parts of the world, including Europe and the U.S., for the Holocaust to become bereft of meaning and utilized for sordid and unsavory political agendas.

The impeccable records kept by the Nazis are crucial to countering these attempts, as they will enable new researchers to accurately and specifically address circumstances and details of the dehumanization and extermination processes for future generations to learn from.

With unbending persistence, many have already uncovered information never before known about their families at Bad Arolsen. One survivor learned that he was intended to be put on a transport list bound for an extermination center, only to see on the archival page that his name was crossed out. He recalled with hesitancy the fateful encounter with an SS officer that must have brought about the change: their eyes had met and Chaim believe the Nazi saw him, for the first time, as a human being.

The importance of tonight’s symposium lies in the potential for the ITS to serve the future of Holocaust memory.  The Holocaust is being increasingly diminished as its memory fades and those who lived during its time pass away. But it is the legal, systematic methods, organization and documentation of the Nazi actions, correspondences and victims that remind the world that the Holocaust remains a unique event in human history and one that deserves continued exploration.

It is our responsibility as individuals to continue the research, to protect the memory, and to perpetuate the facts and knowledge crucial to applying the lessons of history towards a strong future for humanity.

About the Author
Elana Yael Heideman, PhD is is the Executive Director of The Israel Forever Foundation, an Israel Engagement organization dedicated to celebrating and strengthening the personal connection to Israel for people across the globe.
Related Topics
Related Posts
Comments