Coronavirus, COVID-19 as it is officially known, poses a worldwide health threat. The Centers for Disease Control and Prevention has some tips to help keep us from becoming infected from germs and viruses of any kind, and it is emphasizing those tips in the current crisis. The main advice it has to offer is summed up in a single word: washing. Starting with the Torah, Judaism has been emphasizing that for nearly 4,000 years.

Judaism, in fact, takes health matters of all kinds very seriously, placing a heavy emphasis on washing — ourselves, our clothing, our cooking utensils — and on keeping our homes and workplaces clean.

This emphasis prompted the first generation Babylonian Amora Shmuel to say that “the washing of hands and feet in the morning is more effective than [any remedy] in the world.” (See the Babylonian Talmud tractate Shabbat 108b.) To the First Century CE sage Hillel, washing your body is a commandment. Human beings, he explained, were “created in the image and form” of God, and therefore are responsible for taking care of that “image and form.” (See Vayikra Rabba 34:3.)

This preoccupation with cleanliness led the sages of blessed memory to require that a person had to wash his or her face, hands, and feet every day (BT Shabbat 50b). Hand-washing also was required upon rising in the morning, after bathroom visits, after removing shoes (which, after all, carry the filth of the street on them), and both before and after eating food. (This is codified in the Shulchan Arukh, Orach Chayim 4:18.) Given the unsanitary condition of the times, they also decreed that a person had to change into clean clothes before eating.

The food itself had to be washed before being eaten or cooked, all utensils used had to be clean before and after, and so had the food preparation area. The academies of Shammai and Hillel even debated whether the floor should be swept after a meal; both agreed that it must be swept, but Bet Shammai said to do so before reciting the Grace After Meals, while Bet Hillel said it should be done after. (BT Berachot 50b.)

This Torah-originated fixation on cleanliness, washing especially, is echoed by health professionals in our day. Says the CDC, echoing Mar Samuel, washing is “one of the most effective ways to prevent the spread of germs.” Here are some the CDC’s suggestions on how to wash:

If there is no soap and water available, “use an alcohol-based hand sanitizer with at least 60 percent alcohol.”

As to when to wash up, the CDC says to always wash hands with soap and water when they are visibly dirty. Washing is “especially important” after going to the bathroom; blowing your nose, coughing, or sneezing; touching a pet, its food, or its waste; touching garbage — pretty close to what the Torah and Talmud prescribe.

The CDC also advises that we “clean and disinfect frequently touched objects and surfaces using a regular household cleaning spray or wipe.”

Washing is how we should respond. Government, however, has an even more important role to play because it is responsible to the people it serves, and its reach and resources are much broader. In Deuteronomy 17:14-20, the Torah makes clear that kings must rule in a way that benefits the people, not themselves. Above all, a king must not “act haughtily toward his fellows, or deviate from this commandment to the right or to the left.” Putting political concerns ahead of the proper response is doing just the opposite, however, yet that is what is happening in the United States.

For the record, some of the statements coming out of the mouths of Democratic candidates for president are self-serving and unhelpful, but they are not the ones in charge. Those who are — thankfully only at the top — thus far have put election-year politics ahead of going all out in battling COVID-19.

Just mentioning coronavirus evokes fear, and in some cases even panic, among people, and that is reflected in the financial markets. As of this writing, the stock market is in flux, down heavily one day and up heavily the next, driven by the fear that COVID-19, if it reaches pandemic proportions, can do long-term damage to the world’s economy and that of the United States — and a strong economy is something Trump is counting on to get re-elected. Trump blames the Democrats and the media for stoking people’s fears unnecessarily in order to harm him.

Battling pandemics never has been high on the Trump agenda in any case. Ever since he came to power, Trump has undermined our ability to respond to such threats. The biggest blow came in 2018, with the sudden, inexplicable dismantling of the National Security Council’s Global Health Security and Biodefense Unit. Known commonly as the NSC’s pandemic preparedness unit, it was headed by a well-respected and highly effective public health professional, Rear Adm. Timothy Ziemer, who worked on global health issues for both the George W. Bush and Obama administrations. The unit was dismantled over objections from health professionals in and out of government.

The White House also has sought repeatedly to severely cut the budgets for the CDC and the National Institutes of Health (including in its latest budget proposal), although Congress largely has ignored those requests, and at times actually increased funding.

Alabama’s Richard Shelby, the Republican chair of the Senate Appropriations Committee, is outspoken in denouncing these “lowball” funding requests. To Republican Senator Mitt Romney of Utah, admittedly no fan of Trump’s, the president’s budget request for battling COVID-19, $2.5 billion, is “inadequate to the level of risk.” Romney also said that he was “very disappointed in the preparation that’s been done over the last few years anticipating the potential of an outbreak of substance.”

Then there is the free flow of information, one of the most important tools in battling a potential pandemic. The more the public knows about levels of risk and how to protect itself, the better prepared it will be. Here, again, Election 2020 outweighs COVID-19. Trump’s particular ire has been directed at Nancy Messonnier, the director of the CDC’s National Center for Immunization and Respiratory Diseases. COVID-19 will spread throughout the United States, she warned early last week; the only question is “exactly when this will happen.”

Trump wasted little time downplaying the effect of her warning. “Well, I don’t think it’s inevitable,” he said. “It probably will, it possibly will. It could be at a very small level or it could be at a larger level. Whatever happens, we’re totally prepared.”

His next move was to shove aside Alex Azar, secretary of the department of Health and Human Services, who only a week earlier was charged with directing the administration’s response. Azar was not doing an effective job in limiting the free flow of information, and he was pushing for far more money than the $2.5 billion Trump eventually allocated to battle the threat.

To replace Azar at the top, Trump chose a very unprepared Vice President Mike Pence. Even some of Pence’s own advisers thought the move was ill-advised, because his office lacked experience in dealing with such issues. Almost immediately after Pence’s appointment was announced, however, it became clear why he was chosen over Azar —I nformation control. Acting White House chief of staff Mick Mulvaney quickly notified everyone from Cabinet secretaries to lower-level administration staffers that from then on, all communications about the virus had to be cleared through Pence’s office.

There also is a missing element in all this. To be sure, the White House is the perfect place to coordinate the U.S. response, but no “coronavirus czar” has been named to take overall charge, as past presidents have done when faced with such threats. Such “czars” became unnecessary when the NSC’s pandemic disease unit was established, only to become important again when the unit was disbanded. As Dr. Gerald Parker, director of the Pandemic and Biosecurity program at the Bush School of Government and Public Service at Texas A&M University, put it to an interviewer, the “vacuum” created by the unit’s abolishment “has left us all in a much more vulnerable position.”

That is not the kind of leadership a nation deserves generally, and even more so with a possible pandemic looming over its head.

Regardless of who is in charge in Washington, however, the immediate burden is on each of us to protect ourselves and the people around us. As to how, the Torah (narrowly and broadly defined) and modern medical professionals both agree: The more we wash — and the more things we wash — the better we will be. Stay heathy.

About the Author
Shammai Engelmayer is rabbi of Temple Israel Community Center, in Cliffside Park, and Temple Beth El of North Bergen, both in New Jersey. A former president of the North Jersey Board of Rabbis, he chose to work as a journalist after being ordained. That career helped him hone the skills that serve him so well on the pulpit, and helped him become a popular adult Jewish education teacher in Northern New Jersey.
Related Topics
Related Posts
Comments 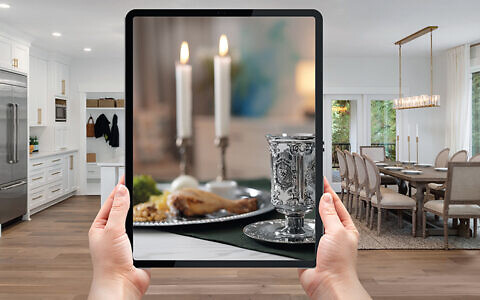 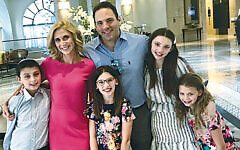 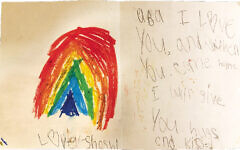 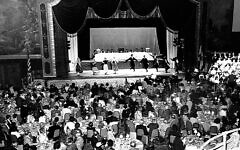