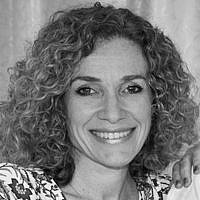 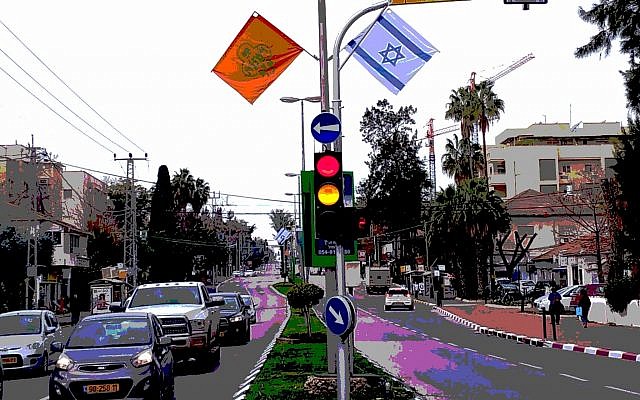 For decades, international delegations have been coming to Israel to learn the secret of the Start-Up Nation. They visit shining examples of medical, scientific, environmental and humanitarian advancements at companies like Waze, Checkpoint, SodaStream, and Netafim.

To add to the list of must-see outstanding innovation and entrepreneurship, I nominate a new example: Traffic Light #10 on the corner of Ahuza and Herzl, two turns away from my home.

Three weeks ago on an ordinary Tuesday afternoon, I was sitting in my car at this intersection, quietly waiting for the light to change so I could turn left. In this country to placate impatient drivers, many traffic lights have a hooded timer that counts down the seconds until the lights change. I watched the neon-red numbers start at 100, and at 65, I briefly looked away. Suddenly, HONK! The light had already turned orange so the guy behind me was telling me to move, then it turned green.

But wait. There was no way 65 seconds had passed since my eyes were on the timer. Could I have fallen asleep?

Was it a glitch?

I turned left, drove home, and kept wondering why the numbers skipped.

Suddenly, it came to me.

This was the Start-Up Nation in action. Here, a traffic light is not just a traffic light. It’s an opportunity for Tikun Olam. Israelis know that every system can be improved and in this case, someone, somewhere in the Local City Council, or the Ministry of Transport, or the Bureau of Smart Cities, or the Space IL Program, or a local 12-year old hacker wanting his mum to drive him home faster from Robotics class, saw there was a need to increase the traffic flow and took it upon him or herself to fix it. The innovation was not only a seamless saving of 52 seconds per traffic light cycle, but also a deliberate and meaningful gap between 59 – 7 to remind us all to expect the unexpected.

And, because this change had appeared suddenly and without fanfare, I bet it is a beta test site of something bigger to come. Maybe an Impatient-Driver-Horn-Silencing System.

I hope some of the money made on the billion-dollar sale of this sophisticated traffic light technology will be used to fix the road too, because in every rainy season, that’s precisely where it floods.

But if not, maybe another citizen of the Start-up Nation – sitting in wet socks after crossing at the flooded Traffic Light #10 intersection – is already coming up with an idea for a new drainage system.