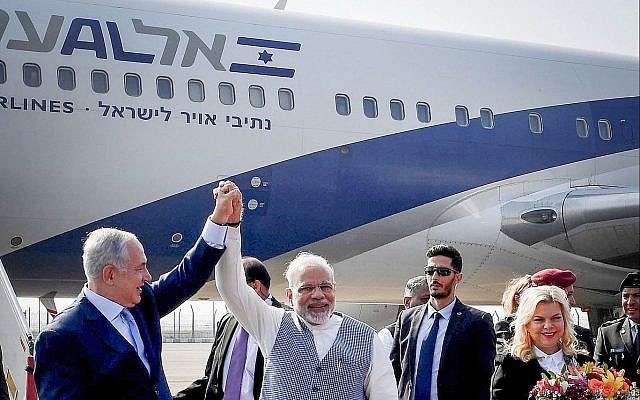 In the year 2004, the Finance Minister of Israel Benjamin Netanyahu (who is now the longest-serving PM of the country, after David Ben-Gurion) has started the revival of the Israeli economy. During that time, as in any other democracy, a number of voices were raised against his aggressive free-market push and economic reforms. Some people had said that Netanyahu will not be able to change the mindset of the Israelis who believe that the government should solve their problems, not the market. Today in 2018 the results of his tough decisions and systematic reforms are quite visible. The present-day status of the Israeli economy, its diplomatic leverage and growing friendly links around the world, are the cumulative results of the Netanyahu era, the most transformative phase of the Israeli economy. The way Israeli PM has shaped the circumstances of his country is an inspiration for others.

In a recent interview at the Economic Club of Washington, Netanyahu has said that he wants to be remembered for “as the defender of Israel and the liberator of its economy.” To understand what changes Netanyahu’s leadership has brought to Israel, one needs to compare his period with the previous governments. When Netanyahu took the charge as Prime Minister, Israel had enormous conceptual and technological assets, but there was an influence of the socialist culture in the economy too. The status of the public/private sector as Netanyahu used to describe in his popular ‘Fat Man/Thin Man’ example, that the public sector had become a fat man resting on a thin man’s back (the private sector). Netanyahu a true advocate of the free market economy started a culture of continuous reforms to develop an environment in which the private sector players can thrive.

In his first term as Prime Minister, he introduced a courageous economic plan to overhaul the Israeli economy. He reduced the size of the public sector, controlled the government spending, cut tax rates and streamlined the taxation system, privatized major state-owned industries including banks, oil refineries, EI AI national airline, and Zim Integrated Shipping Services, reformed the pension and welfare system and many more. Netanyahu’s quest for economic reforms has not yet stopped, in December 2013; Israel’s Knesset has passed the Law for Promotion of Competition and Reduction of Concentration, to increase the competitiveness in the Israeli economy. In 2013, Netanyahu also began a campaign of port privatization to increase Israel’s exports. In July 2013, he issued tenders for the construction of private ports in Haifa and Ashdod. During the tenure of PM Netanyahu, Israel has witnessed a major privatization push, infrastructure reforms, agricultural reforms and reforms in the financial sector too. From the beginning, all of his key reforms are aimed at curbing the excess bureaucracy and regulations to ease the burden on the industry.

Today Israel is one of the most technologically advanced economies in the world. Israel which once had a number of governments controlled and union controlled companies now has an identity of Startup Nation and Innovation Nation; it is a huge change which Netanyahu has brought in the Israeli economy. He visualized the future market transitions accurately and much earlier than others and it is the result of his visionary approach that today when some of the big economies of the world are struggling to have a startup and innovation ecosystem, Israel is leading.

A careful observation of Israel’s status reflects that over the years, Prime Minister Benjamin Netanyahu has improved Israel’s global standing and strategic position remarkably! Today, in all global platforms Netanyahu endorses Israel’s high tech sector and next-gen capabilities like digital health, smart mobility, agri-tech, water-tech and cyber. When he takes the names of the individual startups of his country in his speech, a generation of young and innovative minds of Israel get inspires to do more!

While addressing the PM Narendra Modi, during his visit to India Israeli PM Netanyahu has said: “You are a revolutionary leader and in the best sense of the word revolution, you are revolutionizing India, you’re catapulting this magnificent state into the future. You’ve revolutionized relations between Israel and India.” India is going through a big transformation. Prime Minister of India Mr. Narendra Modi’s ‘Reform, Perform and Transform’ agenda is yielding remarkable results. Four years of Modi government have transformed India’s prospects drastically and its results are visible in every sector of the economy.

Modi-Netanyahu era is special. The current leadership approach of India and Israel has a lot of commonalities. Both leaders are known for their courageous and revolutionary steps, proactive approach and the desire to do more. The potential of India-Israel partnership is huge! But despite a strong leadership desire and enabling environment, somewhere the things are not moving as per the expectations in India-Israel relations. There is a lot which needs to be done to enhance the participation of Israel in the Indian government’s key initiatives. The vision and approach of Modi-Netanyahu must get translated into the cooperation framework of both countries and for this, the policymakers and executors of Israel need to understand the changing reality of India. India’s approach to transformation is fast and inclusive. To align with this approach Israel need to add new dimensions of collaboration, apart from the traditional Defense and Agriculture sector. The Indian government is determined to promote MSMEs and Startups in every sector, there should be some focus on establishing the links with these emerging players.

India is a vast and diversified country. Israeli teams should focus on the quality of exchanges rather than on quantity and I believe they should avoid biased and critic community/content/press because they will blur your vision about ‘Transforming India’ and can affect your improvisations too.