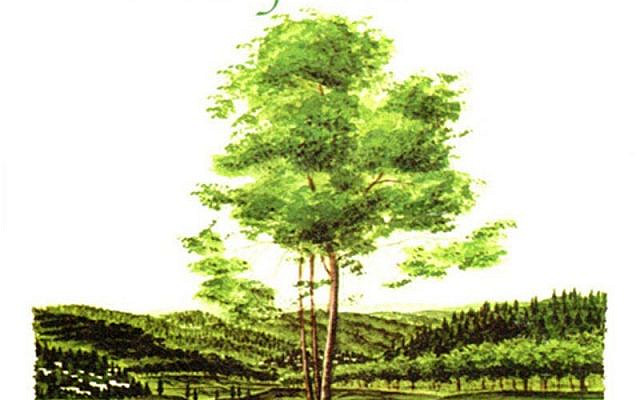 Tree of Life from Shiva.com

As the sun sets in Israel on Yom Hashoah, I would like to share some thoughts from this day.

Last night as I watched the national ceremony for Yom Hashoah, Holocaust Rememberance Day, it felt good to see the picture evidence of our ultimate revenge for the atrocities committed not so long ago. There were six Survivors whose stories they told, some of which were ones I had not yet heard. Before each one of the six lit a single torch to represent one million murdered Jews, the presentation showed their pre-recorded testimony and also a clip of the past- what happened to them during the Holocaust, including pictures of their parents, and then they showed a picture of each of them now, with their children, grandchildren, and even great-grandchildren. This demonstration of generations born from those who survived is their revenge, and it is also our revenge as a people. It does not bring anyone back, of course not, but it shows that we have moved on, created not just a state for ourselves, but a flourishing future.

And yet. One odd thought going through my head was, Wow, they are so lucky; at least they have pictures of their past. One very strange feeling I had with this thought was jealousy-we don’t have those pictures; only names are left to us. Only in recent years did it occur to me that the Yom Hashoah candle I was lighting was not just for whichever person’s name was given to my children to bring home with their memorial candle, but is more personal than that. Sending home individual candles is a beautiful idea. As a teacher said to his class at my school today right before the Yom Hashoah siren, Don’t try to think of Six Million. It is too big a number, too many dead people for us to be able to grasp how awful it is. He had told them a few stories of children of different ages, and what they had gone through, like the girl who was supposed to start first grade, but as it was September 1st, 1939, instead of going to school, she was rounded up with the rest of her town and put into a ghetto- because that was the day the Nazis had invaded Poland. The students could particularly connect to this because here in Israel we make a huge deal out of starting first grade. The teacher said that during the siren they should think of just one of those stories, only one of those lost children. Just like when the schools send home memorial candles, they, too, send just one name that the child is lighting the candle to remember, just one person.
What I realized in recent years is that I also have been thinking of just one person, or rather two. Not random people who are connected to me because we are (or were) both Jewish, but two people connected to me by blood. My father, then a toddler, was “lucky” enough to have just escaped with his family from Poland — to Russia. Where, as Jews of no value, were they sent in Russia? To vast and seemingly endless Siberia, with other prisoners and criminals. Somewhere in Siberia there is a grave, probably unmarked, maybe just a hole in the frozen ground, where the bones of my grandfather lie, unmarked, unmourned, unknown to us. He was worked to death in the frozen wasteland. No, it was not a concentration camp, but the result is the same. My grandmother also perished along the way, during the arduous trip from Siberia to Teheran, where my father and his sister eventually managed to get a boat to Palestine with whoever else had made it that far. Even during the trip that was surely difficult for all refugees, the non-Jewish Poles treated the Jews as less than human, kicking them off the trains so that Jews of all ages had to walk and walk and walk.
So, while my heart rejoices to see families grown from ashes, and to be able to live in the land which we built on the bones of our ancestors (who would no doubt have been happy to see us survive and thrive here), my heart is sad. Today I sat among the growing trees of our land and mourned. I delight in my own beautiful family, as well as our extended family, even though they are far away at the moment. Yet I also think of how my son looks so very much like my father z”l, and wonder- does he look like my grandfather too? Do I or my children or their cousins have any traits from those lost to us? I don’t have those graves to visit, or even a date of death other than today to say kaddish. For none of us now know when or where our family was lost.
During Shiva for my mother, when I left the US after the first few days and sat here alone with my family there, someone told me that even when we sit Shiva alone, the traditional saying when one visits a mourner, which is written in plural, is still said in the plural, because Hashem is with us in our time of mourning. I feel this too on Yom Hashoah — I am not alone in my mourning, in feeling that I lost so much of my own family history just as we all did as a nation. Like so many other survivors, even though the Holocaust took place every single day of the year, we mark today as our day of loss.
It seems appropriate to me that we have worldwide Holocaust Remembrance Day in the spring, right after Passover. We remember and mourn, but we also look forward to what the future will bring, nourishing the hope that accompanies Spring and new growth. Just like our Torah, we are each one of us a Tree of  Life, growing and sprouting branches and buds and blossoms and fruit. It is true that during the Shoah, our previous generations, the roots that were meant to nourish and support us, those who give us our pasts to help us shape the future, were cut down and burned.
And yet. We grow from their ashes. We hold a ceremony at Yad Vashem, we give testimony, we still have living first-generation survivors, even after this difficult and terrible year. It hurts so much to visit Yad Vashem, yet there is no comfort like walking out of there into Jerusalem rebuilt.
May all our trees continue to blossom and grow, and may we all be comforted among the mourners for Zion and Jerusalem.
About the Author
Mori Sokal is a FOURTEEN year veteran of Aliyah, mother of three wonderful children (with her wonderful husband) and is an English teacher in both elementary and high school in the Gush Etzion-Jerusalem area. She has a Masters’ degree in teaching, is a copyeditor, and has published articles in Building Blocks, the Jewish Press magazine.
Related Topics
Related Posts
Comments