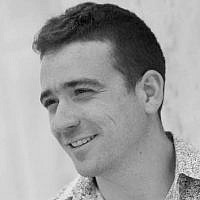 The Blogs
Natan Odenheimer
Apply for a Blog
Advertisement
Please note that the posts on The Blogs are contributed by third parties. The opinions, facts and any media content in them are presented solely by the authors, and neither The Times of Israel nor its partners assume any responsibility for them. Please contact us in case of abuse. In case of abuse,
Report this post.

A number of recent news articles have portrayed Brandeis University as an anti-Zionist, anti-American, and anti-free speech institution. Yet the reality behind the published stories was never properly revealed and is even more worrying than the one currently depicted.

I arrived at Brandeis after almost four years of active service in an IDF special ops unit and found a socially and intellectually welcoming community. Even though I was away from home, it was almost impossible to feel too far: At Brandeis, there are three scholarships for Israelis, a vibrant Israeli cultural club, Israeli investment club, a fellowship to bring African Americans and Jewish Americans to visit Israel, an AIPAC affiliate, a J Street chapter, The Schusterman Center for Israel Studies, and many more initiatives. Meanwhile, there are two barely functioning Palestinian solidarity groups. Whether this imbalance is good or bad is for the reader to judge, but this is how it is, and if this is the case, why was Brandeis in the news lately?

The story behind the negative news portrayals revolves around one of my classmates, Daniel Mael, who makes news by presenting marginal events as meaningful. Looking closely at the methods employed by Mael and other people behind this mudslinging is revealing not only regarding Brandeis, but also about how extraordinarily easy it is to use social media to steer the political discourse into shallow water and intimidate individuals to keep quiet, a technique that is sadly spreading.

Since I have been to places where being Israeli is unsafe, and identifying as a Zionist is controversial, I find that claims that Brandeis is “unsafe” for Zionists land somewhere between ludicrous and maliciously false. Over a year ago, Mael first made this argument through an article about an event followed an encounter he had with a self-described Zionist student and a J Street U activist. According to the article, the student verbally abused Mael. However, the student in question and four other witnesses denied the exchange took place, and filled a report with the campus police over the incident, stating that Mael invented the incident. He disclosed the student’s full name to sources in a Washington based blog and the publication of the article brought a rain of harassing comments and threats upon the student. Regardless of what she said or did not say, in Mael’s mind, not only did this personal interaction deserve the world’s attention, but it also implied that Brandeis is hostile to Zionists.

Last month, Mael continued his harmful habit of exposing students on right-wing blogs, exposing his victims to relentless online intimidation, sexual and racial harassment, and death threats. This time it was a Brandeis student who made repulsive comments about the slain New York City police officers on Twitter. Her infamous tweets represent the opinion of one student; however, the headline “0.01% of Brandeis students feel no sympathy for slain officers” would not make news. Perhaps this is why Mael presented his subject as a “student leader” and Brandeis as an incubator for anti-American activity. Since, like most college campuses, the term “student leader” is applied quite liberally at Brandeis and the spectrum of student opinions is not included in the article, it is also calculated and dishonest.

Shortly after, a Wall Street journal article by Sohrab Ahmari portrayed Mael as a victim of ruthless persecution by the university. This article awkwardly tries to depict Mael’s freedom of speech as in jeopardy. In reality, Mael had political grievances with another student active in J Street U who eventually complained that Mael bullied him. Whether or not the university treated Mael justly is not for me to judge; what is obvious, however, is that the university didn’t target Mael because of his vocal “support” for Israel. The university conduct has nothing to do with his opinions on Israel. Many other students express their dedication to Israel without resorting to public personal attacks, which is the sole reason the university ever addressed Mael. But Mael linked these interpersonal incidents to his freedom of speech, thereby deflecting attention from the ways in which his actions affected other people, and garnering media attention.

Tradition teaches that civility and dignity come even before the Torah, implying that when serving a higher cause people must consider how they treat others. By personally attacking other students Mael broke the unwritten rules of dignity and respect in our community. Instead of focusing on the university — the institution allegedly fostering the problematic environment — he directed his readers’ rage towards individual students, causing irreversible personal harm.

Regardless of political leaning, it is unclear how exposing students to harassment and bullying is advancing the principles Mael claims he believes in. In the eyes of many in the Brandeis community, Mael’s behavior casts him more as opportunist and less as political activist or journalist. And if Mael is a journalist, he is from the same stock that would, for example, report the terror attack that took place in Tel Aviv last month in which Israeli civilians were injured and a soldier murdered as: “Israeli police shot and arrested a Palestinian man after riding a bus in Tel-Aviv.” The facts are true, the narrative false.

This story leaves a bitter taste in my mouth. I keep asking myself: Why would people who claim their devotion to the State of Israel spend so much time, money, and effort in wronging the most pro-Israel university in the United States, one with a president who attended fundraisers for Israeli soldiers and that allocates millions in grants to Israelis?

As an Israeli student at Brandeis, I am concerned with many things, but hostility towards Israel, Zionism or American values is simply not one of them.