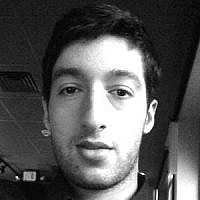 The Blogs
Daniel E. Rabbani
Apply for a Blog
Please note that the posts on The Blogs are contributed by third parties. The opinions, facts and any media content in them are presented solely by the authors, and neither The Times of Israel nor its partners assume any responsibility for them. Please contact us in case of abuse. In case of abuse,
Report this post. 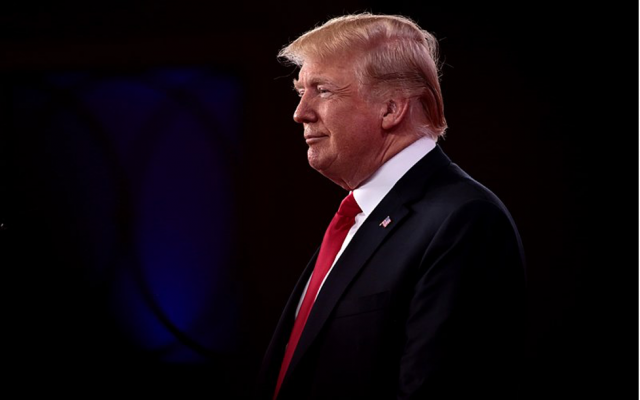 President Donald Trump at CPAC in 2018 (Courtesy of Gage Skidmore)

Shortly after the 2016 election, I found myself in Berlin at the Jewish Museum. Upon exiting the museum, I stumbled upon a temporary exhibit titled “the Golem.” Intrigued, I decided to take a stroll through the exhibition. Perhaps, as an American, I found my gaze landing upon a white baseball cap with the seemingly abhorrent slogan “Make America Great Again,” encased in glass.

At the time, I might have written off the display as a tad-bit alarmist, merely confirming my view that the new leader of the free world was an extremely flawed individual.

Today, as I reflect on the past few weeks, the metaphor has come to fruition.

In Jewish folklore, Rabbi Loew of Prague created the Golem from clay and escribed it with the holy name to protect the Jewish community from rampant anti-Semitic attacks in the 16th century. Similarly, Trump promised to protect Americans from poor trade deals designed to disenfranchise the American worker, he promised to “drain the swamp,” protecting the average American from the corrupt Washington Establishment. He proclaimed himself to be “the law and order” candidate and the protector from riots and ANTIFA. He stood as the protector against woke culture and political correctness. Even more insidiously, he represented a protector of the status quo of white America that faced increasingly changing demographics.

As time wore on, the Golem could no longer be contained and began to wreak havoc. Likewise, Trump tear-gassed peaceful protestors for a Bible photo-op and incited a violent mob to storm the United States Capitol. He failed to act as any semblance of a leader as the nation grappled with the coronavirus and a devastated economy.

In some stories, the Golem destroys his creator. Trump has fractured the Republican party that bore him, between those who enabled him and those hoping to make a clean break. Trump risked destroying democracy itself, showing how fragile it truly is.

The most common ending for the Golem is that Rabbi Loew removed the holy name from the creature, rendering it comatose. As Trump is impeached for a second time, muted on all social media platforms, and etched as a pariah in the American zeitgeist, the great American experiment that created him, ultimately won out. And while perhaps four years ago, I might have been slightly amused at the display, what has unfolded now is truly a nightmare. As the story goes, it could not have ended any other way.

If we can take anything away from these past few years, it’s beware of the Golem.

About the Author
Daniel Rabbani is from Woodmere, New York. He is a graduate of the University at Albany and is currently in his third year at Brooklyn Law School. He is the host of the Late Night Ruckus Podcast.
Related Topics
Related Posts
Comments