Last week, Donald J. Trump was inaugurated as the 45th president of the United States.

As a longtime Democrat and proud supporter of Hillary Clinton, I find myself unexpectedly optimistic about our country’s immigration system. To be sure, candidate Trump ran on immigration policies with which I strongly disagree — he championed the building of a wall along the Mexican border, assembling a deportation task force, and curtailing employment-based visa programs. Despite this heated and divisive rhetoric, all change brings opportunity, and this opportunity makes me hopeful that we’ll finally see meaningful immigration reform.

Before you look away, hear me out.

My family and I have staked our legacy on fighting for immigrants’ rights. These efforts began with my father, Leon Wildes, who tirelessly advocated for immigration reform, both in the courtroom and before Congress. Now, as managing partner of my father’s firm, I’ve seen firsthand how our clients’ livelihoods depend on the creation of an immigration system that is smart, fair, and beneficial to all Americans, old and new.

With so much on the line, I believe that now the time is ripe to make that vision a reality. More than two decades have passed since America’s last significant immigration reform, and the country’s laws since have atrophied. From the ashes of this broken system, we Americans have an opportunity to develop a foreword-thinking model, one that is calibrated for the 21st century.

Reform must start with protecting the so-called “Dreamers” — young people who were brought to the United States as children. Every American knows a Dreamer, even if they don’t recognize them as such; they are our co-workers, our neighbors, our friends — and they carry with them a secret shame that comes with an illegality not of their choosing. While President Obama provided Dreamers with legally shaky protections — the Deferred Action for Childhood Arrivals program, or “DACA” — this was never enough. As president, Mr. Trump can undo these protections with a pen-stroke. This shifts the onus to Congress to protect the Dreamers. As I write this, a bipartisan bill was introduced to the US Senate to provide legal status to DACA recipients. Let’s hope it becomes law.

What about the other millions of Americans without status? For years, immigration hardliners have held reform bills hostage, claiming they lacked adequate enforcement measures. With President Trump now pushing for a massive increase in the number of border and deportation officers, anti-immigration advocates will find themselves without their old excuses. Congressional Republicans will be forced to compromise with Democrats to pass enforcement legislation. As a quid pro quo, Democrats in Congress should demand legalization of the 10 million Americans without lawful status in exchange for enhanced border security. Let’s hope such compromise may finally occur.

Much to my surprise, many of Trump’s cabinet nominations also have provided reasons for optimism. That’s particularly true of General John Kelly, who will oversee the Department of Homeland Security. Until last year, General Kelly oversaw US military operations throughout Central and South America, which gave him keen insight into the hardships faced by the regions’ people. During his Senate confirmation hearing, General Kelly showed great empathy for Latin American immigrants, acknowledging that they come from “some of the most dangerous countries on the planet” which have “levels of violence that we [in the United States] couldn’t imagine.” Instead of proposing that the United States build walls or close borders, General Kelly recommends that we invest financially in those countries’ economies and law enforcement agencies. Let’s hope that these sentiments are reflected in the Trump administration’s policies.

I’m also cautiously optimistic that Mr. Trump’s business experience may bring about a modernization of our employment-based visa system. American businesses need an immigration framework that is fast and fair, but our current system is neither. The processing of work visas — which last were updated in the early 1990s, before the internet, email, or Linkedin — entail complex evaluations of paper filings, which are performed by undertrained and overworked immigration officers. Because of these inefficiencies, it can take months, or even years, to process a single worker’s visa.

Coming from the private sector, I’m hopeful that Mr. Trump will take interest in addressing these problems. He should work together with Congress and business experts to develop a modernized system that allows US companies to efficiently hire the world’s best and brightest while simultaneously protecting domestic workers. Let’s hope they make it happen.

Despite my optimism, I acknowledge that many Americans continue to feel scared and uncertain. Given the rancor expressed during the campaign, such anxiety is entirely understandable. Change has never been easy, and undoubtedly some Americans stand to benefit more than others. My heart goes out to anyone negatively affected by our nation’s immigration laws.

At the same time, by putting off these issues for decades we’ve only made a bad situation worse. In the meantime, American families and businesses continue to suffer from our broken system. While many immigration advocates didn’t ask for a Trump administration, the stage finally may be set for positive immigration reform. Our nation’s immigrant DNA and legacy demand it.

Michael Wildes of Englewood, the city’s former mayor, is Melania Trump’s immigration attorney and has represented several of the Trump Organization groups for more than a decade. He also is an adjunct professor of business immigration law at the Benjamin N. Cardozo School of Law. 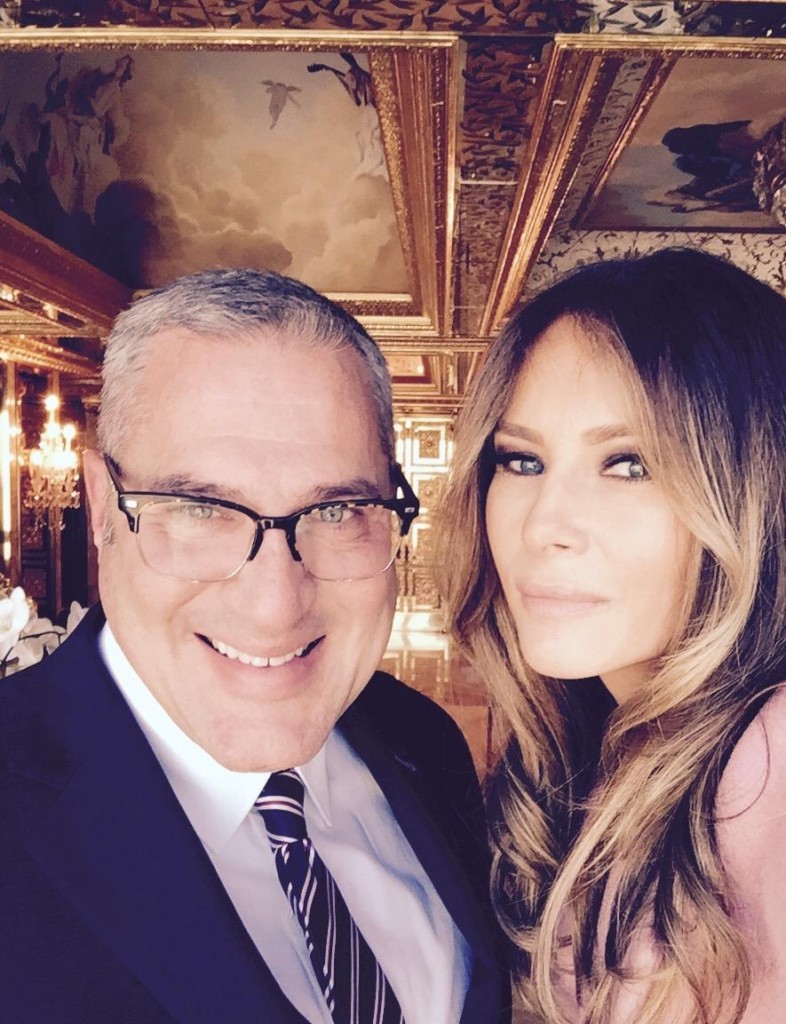