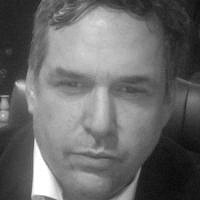 The Blogs
Milon Henry Levine
Apply for a Blog
Advertisement
Please note that the posts on The Blogs are contributed by third parties. The opinions, facts and any media content in them are presented solely by the authors, and neither The Times of Israel nor its partners assume any responsibility for them. Please contact us in case of abuse. In case of abuse,
Report this post.

A friend of mine went back to her hometown of Wilkes Barre, Pennsylvania, attended a party there, and noticed that everyone in the room, other than herself, was supporting the Trump/Pence ticket. But she was shocked to hear a whole bunch of racist remarks circulating around the room, including a whole bunch of anti-semitic comments. When I told her that one of Trump’s children, Ivanka, converted to become an observant Orthodox Jew, after marrying Orthodox publisher Jared Kushner,  and that Trump’s two oldest sons, Don Jr. and Eric, are married to Jewish women, she was equally shocked.

This is presenting and un-precedented dynamic in American Presidential Politics. A candidate, whom many in his inner circle might call an “Honorary Jew” is unleashing a tirade of anti-semitism, racism and xenophobia, that has not really been seen in the United States for some time. And we’re in a good economy.

A Trump Supporter in Florida saying Trump will stop “Zionism,” which he defines in the video, as secret Jewish control over almost everything.  Not to make light of unbelievably serious situation, but if he’s talking about Boca Raton, ONLY, he may be onto something.

I’m sure a lot of Israelis believe that the Donald will be better for Israel, and Sheldon Adelson is actively funding anti-Hillary Clinton attack ads. But when you’re on the phone with someone, and you’re in a diner in Upstate New York. and you’re saying you’re sure that if the Donald were to win the election, he would bash White Supremacism fiercely, a whole bunch of folks in hunting gear start glaring at you. This means they do not want to bash White Supremacism. And they are looking at you like Granny Hall is looking at Alvy Singer in Annie Hall. Except I imagine that they think of themselves as much more pissed off and  violent…and now….empowered.

This presents a very serious problem both if the Donald wins or loses. Many people, I think rightly so, are saying it’s just unconscionable for any Jewish person in America to vote for Trump. His stances have to a certain extent gone after Muslims and illegal immigrants, and the “media.” Couple this with the outside chance that Trump WON’T bash White Supremacism if he were to win, and one can see the point of American Jews that are virulently against the Republican Nominee.

It’s the way his words have been interpreted by certain Americans, coupled with his own “Beat up the Protestors” vibe that he really has to lose…that has done this. Where do these people go after the election? I don’t think they go away and they are gonna have to be confronted and humiliated…and they can be police officers, judges, as well as your average run of the mill angry family in hunting fatigues. A great challenge has been unearthed by the Trump campaign. And it seems to be all over Rural America.

If Trump wins he has to take major, loud, vocal stance against racism of all kinds. If he loses…he has to do the exact same thing.

About the Author
Milon Henry Levine is a writer and filmmaker that lives in New York City.
Related Topics
Related Posts
Comments