A former Soviet Jewish refugee, the president’s former Jewish lawyer and a highly respected Jewish leader have warned that Donald Trump is a threat to American democracy.

Our nation’s freedom is under assault by anti-democratic forces, in their view, and the course of the nation’s history will be decided in the next several weeks.

They are not alone in seeing autocratic tendencies in Trump’s consistent disdain for leaders of longtime democratic allies abroad, as well as the rule of law at home, but an uncanny affinity for brutal dictators and autocrats like North Korea’s Kim Jong Un (he called it “love),” Turkey’s Recep Tayyip Erdogan, Egypt’s Abdel Fattah el-Sisi, China’s Xi Jinping, and most of all, Russia’s Vladimir Putin.

His own secretary of state echoed a warning about authoritarians elsewhere, but his words resounded in our own roiling political climate.

Beware the authoritarians, said Secretary of State Mike Pompeo. “Their first priority is not public health, but the protection of their own power.  They refuse to answer hard questions.  They sow disinformation, scapegoat vulnerable groups, expand mass surveillance, and suspend the rule of law.”

He wasn’t talking about his boss, who he hopes to succeed and whose approval he cravenly seeks, but his words apply just as well to President Trump.

Alexander Vindman did have the president in mind when he spoke recently to Atlantic editor Jeffrey Goldberg (whose recent article exposed Trump’s contempt for soldiers killed or captured in battle as “losers” and “suckers”).

Vindman, who came to America in 1979 as small child fleeing the Soviet Union, said his “visceral reaction” to Trump’s “perfect” call with Ukrainian president Volodymyr Zelensky (that country’s first Jewish president) was that it was “repulsive,” “wrong” and probably “criminal.” When he was called to testify in Trump’s impeachment, “I had to choose between the president and the Constitution,” and “I chose the Constitution.”

As a result, the lieutenant colonel and decorated Army infantry officer was forced out of his job on the National Security Council and retired from the military as a result of what his lawyer called “a campaign of bullying, intimidation, and retaliation” led by the president himself.

Many foreign policy, defense and intelligence officials share Vindman’s suspicion that Trump has been compromised by Russia. “President Trump should be considered to be a useful idiot and a fellow traveler, which makes him an unwitting agent of Putin,” Vindman told Goldberg. He has aspirations to be the kind of leader that Putin is, and so he admires him. He likes authoritarian strongmen who act with impunity, without checks and balances. So, he’ll try to please Putin.”

Trump’s former personal lawyer, Michael Cohen, agrees. He writes in his memoir, ”Disloyal,” that the American president has an abiding admiration for the Russian strongman, who the former reality TV performer considered the richest man in the world. He believes Putin runs his country like a business, just as Trump ran his own business, with no board of directors or Congress or parliament telling him what he could or couldn’t do.  His word is law.  And he can keep the job as long as he likes.

Abe Foxman, the ADL’s highly regarded director emeritus, broke his longtime silence on politics to say Trump’s reelection would “endanger” American democracy and the Jewish community.  This president “is a demagogue and his presidency threatens American democracy,” he wrote in an op ed in the Times of Israel.

“When our democracy is weakened, and when nativism is stoked, the rights of Jews and other minorities will be diminished too,” he said. “His leadership endangers our democracy, and therefore our community.”

His presidency “has given succor to bigots, supremacists, and those seeking to divide our society.”  “He and his administration dehumanize immigrants, demonize the most vulnerable, and undermine the civility and enlightened political culture that have allowed Jews to achieve what no Diaspora community outside Israel can claim in two millennia.”

Trump, in his view, has “weaponized” Jews and Israel for his own “narrow political interests.”

It is what demagogues and autocrats have done throughout history in their lust for power. 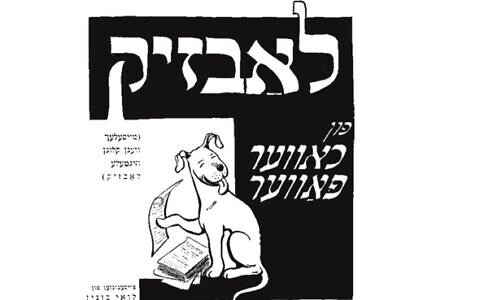 Once Upon a Time, a Yiddish Children’s Literature Thrived
Andrew Silow-Carroll 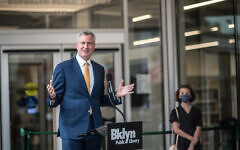 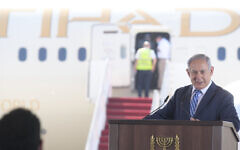 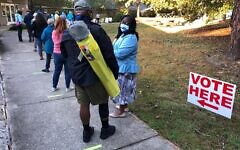 Healing Our Country Begins with the Right to Vote
John Ruskay 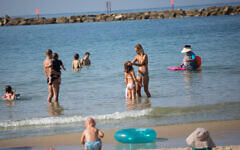 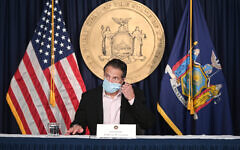