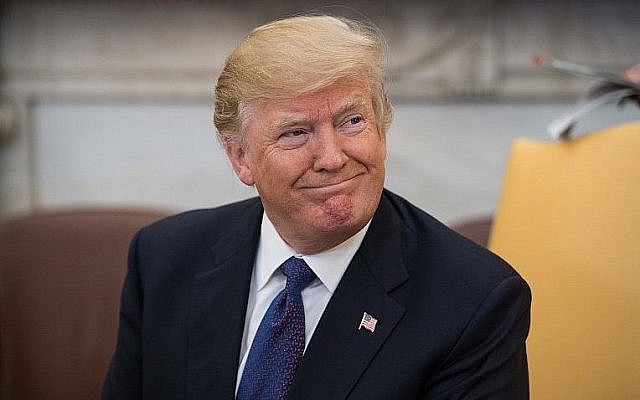 US President Donald Trump in the Oval Office at the White House in Washington, DC, on January 16, 2018. (AFP PHOTO / NICHOLAS KAMM)

As a Michigan swing voter who doesn’t want to vote for Trump, but also holds classically libertarian views, I’ve been perplexed by the obvious missteps of the Democratic party for a while. Consider the following my version of an angry rant. And we all know just how angry Black women can be.

Yesterday, a friend who is not US citizen asked whether the fact that the Democrats were able to start the impeachment process reduces Trump’s chances of re-election. I responded that he didn’t understand American politics. Just like the Democratic party apparently doesn’t understand.

Now, take a deep breath, and allow me to explain.

First, let’s summarize the election process. The electoral college has representatives who are assigned in roughly the same proportion as each state’s Congressional delegation, with 538 electors being chosen in total, each casting one vote. The president is the candidate who receives the majority of the electoral votes, or 270 votes.

Technically, electors can choose to vote for whomever they want, but in practice, the electors from each state give their votes to the winner of that state’s popular election. There’s one exception where the state grants electoral votes proportionally, but for the most part, what matters is whether or not you win a state, not by how much.

America has some states with a significant number of liberal voters and some with a significant number of conservative voters. For simplicity’s sake, read liberal as Democrat and conservative as Republican. If it’s likely that the majority of a state’s votes will go to one candidate or another, the state is called a “red state” if it goes to the Republicans and a “blue state” if it goes to the Democrats. A state that can’t be reliably counted on by either party is a “swing state.”

Remember, campaigning is expensive. It’s a waste of money and the candidate’s time to campaign too much in a state they definitely won’t win. They may go there for appearance’s sake or to help local candidates, but a strong red or blue state doesn’t usually switch suddenly unless something significant happens. Demographics can gradually change, but a specific campaign effort won’t matter much.

At the beginning of each election cycle, both parties count up how many votes they have safely, and how many they need. Then they focus on winning over voters in swing states, and to a lesser extent, voters in mildly red or blue states, where tipping the scales in the popular election from 47%/53% to 51%/49% would bring in the entire batch of that state’s electoral votes.

Right now, swing state voters tend to be more blue collar, more conservative, and more focused on financial issues than on foreign policy. They also aren’t typically very sophisticated in their understanding of political nuance. So, let’s review how the current impeachment process is likely to effect the 2020 election.

As I see it, the impeachment is based on two things: Did the president expressly condition receipt of money set aside for Ukraine upon investigating whether Senator Biden’s son was awarded a seat on a Ukrainian corporate board due to political connections, and that Trump refused to respond to congressional subpoenas asking for documents and witnesses.

First off, most of the swing voters won’t understand and probably aren’t paying attention to these charges. They’re busy trying to make their mortgage and car payments. They don’t want an outright felon as president, but you have to convince them that the president deserves to be on trial. Because being impeached is just the House of Representatives telling the Senate that the president should be tried, and if found guilty, he should be removed.

In a real trial (like on Law & Order), you’d expect a jury of the accused’s peers to listen without prior bias to all of the evidence presented, and only then make a decision based on that evidence. But that’s not how impeachment works.

In an impeachment trial, you have to get 66 senators to say (for whatever reason) that the president deserves to be removed. Sure, they’ll pay lip service to the charges. But unless the crimes are so obvious that not addressing them would be clearly problematic, it all comes down to which party has the most seats.

In the House, the Democrats have the majority. So they took two questionable issues, and asked for an impeachment which was approved along party lines.

But in the Senate, the Republicans are in control. And Trump is popular with Republican voters. So, without a clear crime, the Senate will also vote along party lines and acquit the president.

Why is this bad for the Democrats? Well, first, it reeks of politics. So far, no one has publicly come forward and said Donald Trump told them to hold on to Ukraine’s money unless Ukraine investigated mini-Biden.

Could someone come forward? Sure… but the House pushed for impeachment without that, and there is no way a president with the support of his party’s voters would be convicted of something that looks a little fishy, but which can’t clearly be shown to be unethical.

As for the second charge about not answering subpoenas, the Trump administration argues that the Supreme Court is supposed to decide when the executive branch (the president) and the legislative branch (Congress) have a disagreement. There are cases being heard right now to determine if he’s right, and the Supreme Court has already agreed to hear at least one of those cases last week… kind of proving Trump’s point. This means that we don’t even know yet if a crime has been committed, despite the House’s rush forward.

Second, Congress isn’t actually accomplishing anything work related. Their job is to help create laws and apportion funds to make people’s lives better. Instead, they have spent months on something with a foregone conclusion.

If I ran a business and my employees wasted the money I pay them on something they knew was going to be unprofitable, I would fire them. Congress is employed by the American public, and our tax dollars pay their salary. Just do your job, people. Clearly, if the crimes were of a definite and serious nature, most people would support removing the president. However, as I noted earlier, this isn’t the case here, and the Democrats haven’t worked too hard to hide it.

Third, and perhaps worst, the media will now focus on the impeachment trial instead of on the Democratic nominees. Trump will get to make speeches from the bully pulpit (pun intended) about how all of this is political (it is) and a waste of time and money (it is) and will be speaking directly to the swing voters who will be unhappy that someone wasted their tax dollars on “unfairly” targeting the president instead of helping them keep jobs from going overseas or improving healthcare, or whatever.

Meanwhile, no one will be listening to the Democratic candidates until the impeachment process is over. By then, it’ll be awfully late to make people care about what they have to say, even if any of them had a credible platform, which none of the Democrat candidates does.

So… four more years marches one step closer to reality. Nice job breaking it, heroes. In their rush to hang President Trump, it looks like the Democratic candidates will swing separately instead.