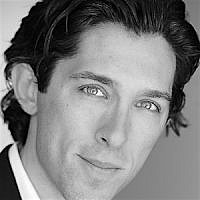 The Blogs
Michael Pycher
Apply for a Blog
Advertisement
Please note that the posts on The Blogs are contributed by third parties. The opinions, facts and any media content in them are presented solely by the authors, and neither The Times of Israel nor its partners assume any responsibility for them. Please contact us in case of abuse. In case of abuse,
Report this post. 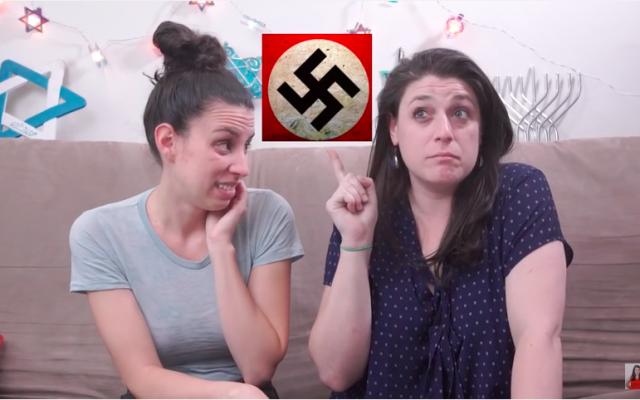 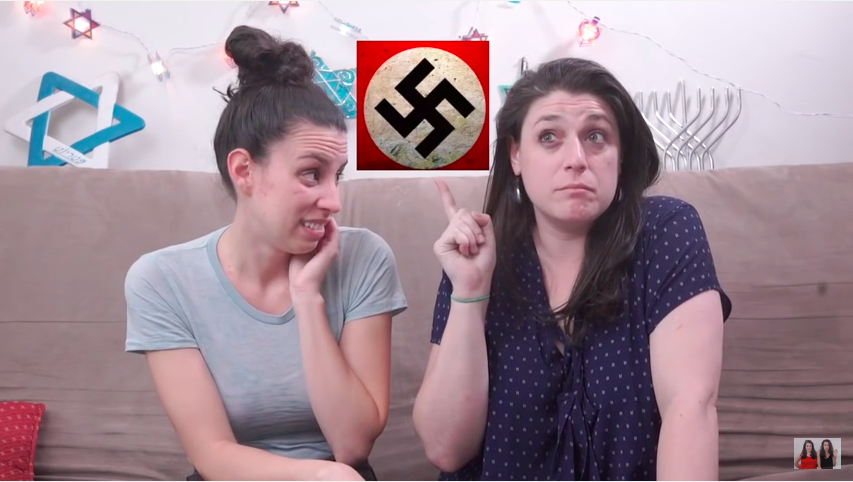 I am an opinionated person. It comes from a good place; just go with me on that. On social media, I attempt to suppress any political diatribes or rants because it isn’t the best use of my time. More often than not, it is a place where unhinged souls find a platform to feel heard when no one wants to listen. Hence, I try to keep my thoughts brief and more contemplative in nature. I very rarely allow myself to become “triggered” as that’s not a very convenient way to go about life. I can usually brush things off with an incredulous “roll of the eyes”, accepting that I may never understand some humans. Tonight, I am incapable of doing so. I’ve been exposed to a magnitude of stupidity and twisted logic that is so all consumingly dumb, I worry for my own cognitive health from mere exposure to it. I’ve reached a breaking point…I’m “triggered” and I will embrace it. I may regret this later but I want to make this mistake while I’m fresh and angry. If you are offended by a perspective that isn’t your own, get over yourself.

I just watched a post entitled “Your Two Jewish Friends Tell You How Trump Is Like Hitler”. For those who haven’t seen it: they make some recycled Jew jokes and present a wave of headlines comparing Trump to Hitler. They go on to portray Trump’s hair as a statement piece akin to Hitler’s mustache, misconstrue a poorly worded statement by Trump highlighting diversity, and opine about being blamed for things leading to Jewish persecution, hinting that Trump is bound to make a Jew “list.” They conclude that he is a dictator. Before I go on, I can already imagine the dismissive remarks smugly laughing this up with a “stop kvetching, it’s a joke. Grow a sense of humor.” Sadly, I suspect such people may not have the humility to understand the gravity of these actions, and therefore, no willingness to reflect upon and determine whether or not something quite wrong was done here.

I am a Jew. A descendant of Polish and Latvian Holocaust survivors from once flourishing families that no longer exist. The only reason that’s relevant is because I’m going to take some liberties about Jews here that may not come across pleasantly. Jews are smart. It’s a thing we are known for; good on us. But what people don’t realize, is that Jews are also made up of a population that is just as unequivocally naive, as it is intelligent. Jews, somehow manage to display extraordinary levels of intelligence and stupidity. We just try to keep the scales tipped to the former. The video I reference is a prime example of the latter. It’s the manifestation of the obtuse ignorance we are so capable of exhibiting…and for some reason, Huffington Post thought it would add to the integrity of their publication to share such carelessness.

Looking beyond the unsuccessful attempt at stereotype humor (which isn’t the issue), the ol’ “We’re Jews so we drink Manishevitz” bit. Hi-larious! Menorah and Star of David in the background too?! ROTFLMAO! The pros like Sarah Silverman and Amy Schumer have gotten audiences accustomed to “pretend funny” but these girls remain amateurs in the field to our collective detriment. With only a hair over 1,700 subscribers after posting 50+ videos over two years, they likely felt that desperate times called for desperate measures. And what more desperate a measure than a Hitler bit, right? Trump is low hanging fruit so it’s bound to work! “Manishevitz!”

The importance of examining this damaging and extremely alarming sentiment extends far beyond these two. This isn’t a critique of a YouTube video. This is a warning about the existential danger that a lack of respect and education puts the future of our people in. Regardless of one’s agenda, whether it be humor, or pushing a political narrative, our history must be treated with unwavering truth, so that a safer future remains. We have no right to convolute it. It is too dangerous to do so. At risk of sounding overly sanctimonious; doing so is morally inexcusable. This is to address the uninformed Jews who will casually proliferate a skewed history unchecked, blurring the lines of where harm lies. So now I’m going to “kvetch”…

No one has to like Trump. That’s perfectly okay. He makes it easy. His opponent is equally gifted at it. Vote for whomever you want. With journalistic integrity not being what it once was, if it ever was integrous, smear campaigns have replaced well, campaigns. It’s commonplace for people to regurgitate words before their brains can activate to discern if what is being said, should be said. They say things like “Trump is Hitler all over again.” That’s absurd, but perhaps they truly don’t know better. But now we’ve reached a state in this gloriously free country, where two Ashkenazi Jewish girls (Ashkenazi Jews being the primary target of Hitler’s bloodlust), oozing false self-righteousness and a perverse understanding of their own history, can flippantly compare Trump with literally one of the most evil beings in history. A man directly responsible for the senseless deaths of 60-80 million people only 3/4 of a century ago, six million of which were Ashkenazi Jews. Because evidently saying things brashly that are deemed distasteful in 2016, is the moral equivalent of killing 60 million people in 1945. According to these two Jewish women, the lives of those lost mattered so little that their genocide carries the same weight as the act of Donald Trump offending someone. So much so in fact, that they felt compelled to convince others that Trump would have them killed. Welcome to Salem, where witch hunts abound and facts don’t matter!

In order to suggest publicly that Trump is a threat to their existence much in the same way Hitler would have been, these girls may have reached recondite inner levels of ignorance far deeper and fundamentally base within the human consciousness than most can attain. That, or they are so unwilling to comprehend the immoral magnitude of the crimes committed by Hitler that they are choosing to equate the slaughter of 6 million of their own people to a misconstrued comment Trump made. These two careless promulgators express concern that they will “end up on his list” and that Donald Trump “will give us another Jewish holiday” in reference to the fact that many Jewish holidays celebrate having survived great peril or the threat of extermination. Important to note; Trump, has long advocated for the Jewish state, quite literally has never said an ill public word about Jews, and has Jewish children and grandchildren of his own.

This is not an endorsement of Trump. This is setting a record straight in the face of fabrications, which seem to be perpetually mounting during this election. Trump’s campaign has suggested that it will be the first administration to move its embassy to Jerusalem. No administration prior has been willing to officially recognize Jerusalem as Israel’s capital. The campaign also said it is determined to combat growing anti-Semitism on US university campuses; something no other candidate has even acknowledged. I have seen many Jews attempt to compare Trump to Neo-Nazis and Hitler. Wake up, uninformed Jews. Value your own history rather than undermine it, even if it didn’t affect you directly. These two girls display a very real and ever-present problem amongst our people. The “it’s no big deal” problem. By being unable to differentiate between what they consider to be two evils, they undermine the severity of what happened not only to Jews in WWII Europe, but all the lives that were lost then. You are perpetuating a lie! It is a severe accusation to say someone is racist towards a certain people and not be able to substantiate it. It is reprehensible. Pulling the “Jew card” should not be used to call someone who defends Jews, an anti-Semite. These false accusations only harm us. Have the decency to think before regurgitating words. My family was decimated in Nazi Germany. And I can’t stand by while someone disparages what happened to them by lessening the extent of the evil that took their lives.

Eventually, over the generations, Hitler’s unparalleled evil will become perceptually diluted, since Trump (who hasn’t taken a single life) is branded as one in the same. This is how people forget. One of the most truthful interactions I’ve ever had about Jewish preservation ironically came from a conversation I had with a radical neo-Nazi. Though filled with hatred, he was well read. He was entirely cerebral, and while perhaps profoundly flawed in many ways, his intellect was not one of them. He knew Jewish history significantly better than most Jews do. What he could not understand about Jews, was why we pretend we are like everyone else. His message was (and I’m paraphrasing)…”go preserve yourselves, stop wanting to be us. We don’t want you. You will never be us. Keep to yourselves and stay out of our lives. You guys have an okay thing going. Why can’t you be ok with that and leave us the ***EXPLETIVE*** alone?” Even though he came from a place of discrimination and enmity, in a contorted way, he was more intent on Jewish preservation than many Jews…I wish I could say nowadays, but if you know our history, it’s probably have ever been. We cannot expect others to remember our plight if we light-heartedly convolute it. The day we start calling our friends, our enemies, we begin down a dreadful path. I should hope we, as a people, wouldn’t need to be reminded of this. This is one truth, Jew or not, no one has any right to misconstrue.

At the end of this video, these two laureates wonder if their ancestors would be proud of them. The answer is no…primarily because the least these two could have done is give us the common courtesy to make it funny! For a people that prides itself on wit and humor, these two managed to bypass that part of the gene pool. “Menorah!”

About the Author
Michael Pycher is an Israeli/American filmmaker and start-up entrepreneur. He grew up in South Florida and is an active member of the Los Angeles Jewish community.
Related Topics
Related Posts
Comments