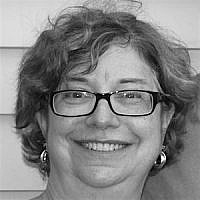 The Blogs
Madelon Rosen-Solomon
Apply for a Blog
Please note that the posts on The Blogs are contributed by third parties. The opinions, facts and any media content in them are presented solely by the authors, and neither The Times of Israel nor its partners assume any responsibility for them. Please contact us in case of abuse. In case of abuse,
Report this post.

With Trump’s official pull-out of the U.S. from the Paris Climate Agreement, the Jewish Community appears to have taken a united stand – to uniformly disagree with the action. And this is across religious sects and political affiliations. What? Jews all actually agreeing on something? What happened with the old Light Bulb Joke? The two Jews and three opinions Joke?……..It seems that modernity has created some problems that all of us can agree need to be solved.

Climate Change has made for some strange bed-fellows, but it has forced Jews to look back at their roots and religious heritage to answer a critical environmental challenge facing our modern world. With Trump’s withdrawal from the Paris Climate Accord, the U.S. has effectively relinquished its position as leader of the free world and established the Republican (and Trump) Climate Change Deniers as those in charge of U.S. Climate Change and Environmental Policy for at least the next four years (those praying for a Trump impeachment to change anything need to take a good, long and hard look at VP Mike Pence and his environmental positions).

Going back several years, Jewish religious groups and organizations have taken a stand on Climate Change and the need to address its effects. The Yale Climate Connections Website ran an article on Judaism and Climate Change in 2012 and noted that “Major sectors of the Jewish Community are taking strong positions on combating Climate Change. But philosophies and approaches differ somewhat from one branch of Judaism to another.” What else is new? The important take-away is that all branches of Judaism recognized the science behind Climate Change and the serious environmental challenges it has caused.

The Jewish Environmental and Energy Imperative was signed by 50 Jewish leaders across the political and religious spectrum and established the goal of reducing Jewish community greenhouse gases by 83 percent of 2005 levels by 2050 (the national goal announced by President Obama in Copenhagen) and encouraged a community-wide approach to greening synagogues, homes and buildings. FYI, my temple in Croton on Hudson recently completed installing solar panels on its roof.

The Coalition on the Environment and Jewish Life (COEJL) is a network of 27 national organizations and represents Jewish Community initiatives to combat Climate Change. The group points to a direct link to nature and the environment, with Judaism founded on the basis of an agrarian society and many Jewish festivals as agricultural/harvest celebrations. The principal philosophical underpinning is found in Genesis, where humans are put in the Garden of Eden to be ‘stewards’ of the Earth.

Organizations have been set up to address Jewish efforts on the environment in the U.S., around the world and in Israel. The issues addressed range from the greening of synagogues to organic farming, mobilization against natural gas ‘fracking’ and Jewish environmental education.

Arthur Waskow, Rabbi and Director of The Shalom Center, notes that burning fossil fuels violates the covenant with G-d. Lawrence Troster, Rabbinic Director at J Street, notes that Jews are generally likely to accept the results of the science community and, thus, Climate Change. This also makes Jews more likely to play a role in dealing with this problem. Also, because many Jews tend to lean towards liberal and/or progressive political views, they have a long history of activism in social issues.

Most recently, many Jewish organizations supported the April Climate March held in Washington, DC. While Jews of all sects have become active in environmental issues, the exact philosophy and activism differs among the many branches. From Reconstructionist and Reform to Conservative and Orthodox, Jews have stepped up to the challenge of Climate Change.

Greenfaith is an organization that seeks to mobilize people of diverse religious backgrounds, including Jews, for environmental leadership. Their work is based upon beliefs shared by the world’s great religions – that protecting the earth is a religious value and environmental stewardship is a moral responsibility.

Judaism’s attitude toward protecting nature is not just for tangible results in the present; the Torah also teaches us to plan preservation strategies for the future. The Talmud relates the story of Choni HaMe’agel walking on the road. He saw a man planting a carob tree. He asked the man, “How long until this tree will produce fruit?” The man answered that it will take seventy years. Choni asked him, “Are you sure that you’ll still be around in seventy years?” The man replied, “Just as my fathers planted for me, so will I plant for my children.” (Ta’anit 23b)

We see from all these sources that we must take responsibility for maintaining and preserving G-d’s Creation not only for the here and now, but also for the benefit of posterity.

So, in keeping with our Jewish religious teachings, Jews in America dismiss Trump’s views on Climate Change and stand ready to fight the good fight. I’m proud to be a part of that choice and that fight.

About the Author
Madelon Rosen-Solomon is a journalist and writer with deep roots in the American Jewish Community. She sits on the Educators Planning Committee of The Holocaust & Human Rights Education Center, is a certified Holocaust Educator, and a high school English and History Teacher. She is also a Kent State School of Journalism/ASNE Fellow. Before turning to education, Ms. Rosen-Solomon had a career in public relations where she worked for several top-ten Manhattan PR firms before running her own PR Consultancy. She has represented a number of Jewish and Israeli performing artists and other accounts in the Jewish World. She worked as a Broadway theatrical publicist for a number of years, where she was trained by David Merrick’s former press agent Max Eisen. Madelon has been a journalist on staff and freelance for several New York Metro area newspapers and magazines. An active member of Women of Reform Judaism and Temple Israel of Northern Westchester Sisterhood, Madelon writes about The Holocaust and Human Rights, Women/Gender Issues in Judaism, and the Intersection of Politics and Judaism. She is currently working on a book about American Jews and The Holocaust. She holds an MS in Education from Fordham University, a BA in Literature and History from SUNY Purchase College, and another BA in Theatre and Journalism from CUNY Lehman College.
Related Topics
Related Posts
Comments 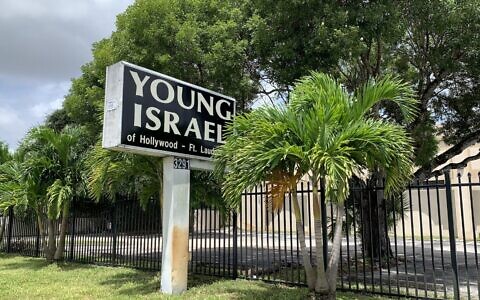