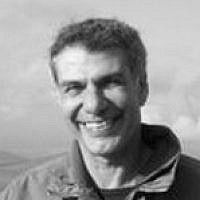 The Blogs
Avi Melamed
Real Knowledge is a True Asset
Apply for a Blog
Please note that the posts on The Blogs are contributed by third parties. The opinions, facts and any media content in them are presented solely by the authors, and neither The Times of Israel nor its partners assume any responsibility for them. Please contact us in case of abuse. In case of abuse,
Report this post. 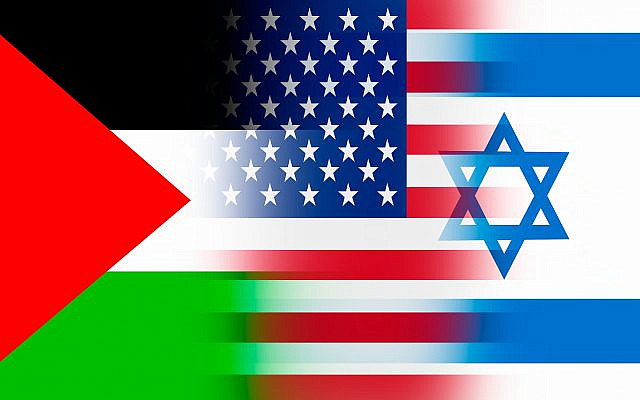 On Tuesday, January 28, 2020, US President Donald Trump presented his plan to end the Israeli-Palestinian conflict. The program was introduced in a ceremony at the White House. Attendees included Israeli Prime Minister, Benjamin Netanyahu, senior US government officials, and the ambassadors of Bahrain, Oman, and the United Arab Emirates.

What are the Initial Responses in the Middle East?

The Palestinian issue is low on the list of priorities for the leading Arab states, including Egypt, Jordan, and the Gulf Monarchies. This is a process that has been evolving and deepening over the last decade.

This is an outcome of the following:

In various articles and interviews over the past few years, I have outlined the process and the implications of the decline of the Palestinian issue in the Arab world. And in my book, Inside the Middle East (2016), I wrote: “…One of the outcomes of the events in the Middle East is that the Palestinian agenda is pushed aside in the political and cultural agenda of the Arab world which engaged with its challenges and hardships“.(pp. 268-269)

Regional Powers use the Israeli – Palestinian conflict to further their own interests.

Iran and Turkey oppose Trump’s initiative because they have an interest in perpetuating the conflict because the Israeli Palestinian conflict helps them achieve their own goals.** (should we give an example?) In an article entitled The Deal of the Century and the Bidding Festival (January 29, 2020), Saudi columnist Mashari Althaydi writes “…the Iranian axis and the Muslim Brotherhood supporters (i.e., Turkey and Qatar) will likely use Trump’s plan to further enhance their interests at the expense of the deprived Palestinian people…Unfortunately, this year we will see a huge market for trading again on the Palestinian issue, without any sense of “realism” responsibility towards this afflicted people.”

The Palestinians understand that they have the weaker hand. They know that the Palestinian issue is not a top priority for the Arab world, not for Arab leaders.

Therefore, they are not surprised by the details of the plan, nor are they shocked by the positive response of the central Arab camp. In that context, Dr. Nasr al-Laham, the Chief-Editor of the official Palestinian Authority news agency Ma’an, penned an article he called  A Syrian Style Reply (January 28, 2020) in which he said: “…We (Palestinians) know that (Arab) missiles will not rain down on Tel Aviv. We know that Arab countries will not sever ties with the US. We know that Arab armies are not going to gather next to Israel’s borders. We know that Arab leaders will kiss Trump’s hand in the back room. Yet, Trump’s plan will result in another one hundred years of suffering and misery.”

Does the Trump Outline Have a Chance? And Does it Make Any Difference at All?

Despite the much (and quite dramatic) media waves and headlines, it must be clear: Trump’s outline is not even the beginning of the beginning. The framework proposed by the Trump administration is, at most, perhaps the starting point of a very long journey that has no certainty of being fulfilled.

Critics of Trump’s plan say it is very close to Israel’s positions and that the Palestinians are will never accept it. Both arguments are correct.

The critics, therefore, conclude that President Trump’s outline is of no importance.  In my opinion, this is the wrong conclusion. Why do I say that? The path to practical, sustainable arrangements – let alone “peace” – is very long. This diagnosis is valid for any plan offered.

Solving conflicts in the Middle East is not about “peace.” It is about arrangements. Arrangements that must be adjusted from time to time. This is particularly valid in the case of the Israeli– Palestinian conflict. One must internalize that the end of the Israeli-Palestinian conflict is nowhere in sight. That is not a political statement. It is a reality statement. Peace is not a realistic goal. Arrangements – perhaps, are.

And that brings me to say why is the Trump program significant.

These three issues are:

Trump’s outline – even if not fulfilled, will set the tone for future frameworks. On that matter, Lebanese columnist Hussam Itani wrote an article entitled Trump’s Plan: Imposing the Fait Accompli on the Palestinians (January 30, 2020) in which he said…”Trump’s successor may not agree with Trump on anything other than the need to adopt Trump’s approach toward the Israeli – Palestinian issue.“

For these reasons, President Trump’s plan is significant.

The Palestinians will likely focus their efforts on diplomatic efforts and public diplomacy. In that regard, the Palestinian Authority has formally asked for an immediate meeting of the Arab League. Palestinian President Mahmoud Abbas is reportedly planning to give a speech at the United Nations soon. And The head of Hamas’ Political Bureau, Ismail Haniyeh, urged Arab leaders to reject the deal.

Palestinians will likely apply measures of civil protests, including strikes, demonstrations, and perhaps confined, non-lethal confrontation with Israeli forces focusing on the touchline in the West Bank, East Jerusalem, and the Gaza Strip.

Hamas, in my evaluation, will avoid generating a wave of violence. However, the Palestinian Islamic Jihad (PIJ) might initiate a wave of violence. During 2019 the PIJ attacked Israel, ignoring more than once Hamas’ interest in calm. Indeed, within 48 hours after the announcement of the plan, several rockets were launched from Gaza into Israel. The Israeli retaliation was restrained. The air force attacked several deserted Hamas positions, for example. No Palestinian group has claimed responsibility for the shooting of the rockets.

Other militant Islamic groups like ISIS will likely strive to launch a significant attack on Israeli targets. Though ideologically those groups vow to eliminate Israel by violence, they have thus far rarely concentrated on that part of their agenda. President Trump’s plan incentivizes these groups to attack Israeli targets because it will gain the points in Muslim public opinion, and they will demonstrate that they are factors that need to be taken into account because they have the independent means to impact the reality in the region.

Strategic Intelligence Analyst, Avi Melamed is the President & CEO of Inside the Middle East: Intelligence Perspectives, training current and future leaders to independently and accurately decipher the Middle East. For more of his articles, see www.avimelamed.com  – Because True Knowledge is a Real Asset

*Some of my articles on the Palestinian Crisis

The Palestinian March of Return

**Some of my recent articles on Iranian Turkish ambitions