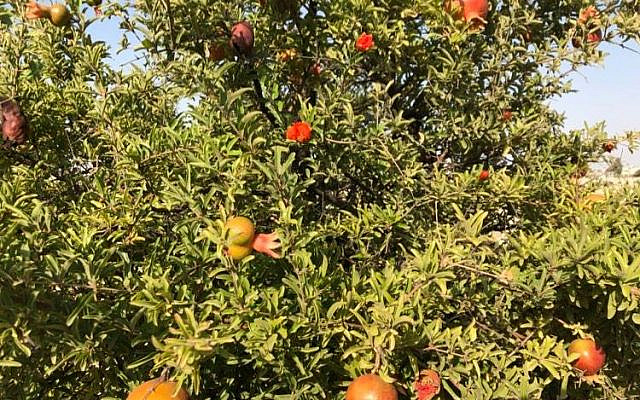 This Shabbat is Tu B’Av, the fifteenth day of the month of Av as well as Shabbat Nachamu, the Shabbat of consolation.

Tu B’Av is celebrated exactly six months after Tu B’Shavat, the fifteenth day of the month of Shvat, the birthday of the trees. Is there a connection between these two days?

The Shuchan Aruch, Orach Chayim 131:6 in the laws of reciting Tachnun teaches: “The custom is not to not “put down the head” (recite Tachnun) on the 15th of Av or the 15th of Shvat…” These dates are listed along with the other minor holidays where Tachnun is not recited.

Both dates are associated with trees.

When we plant a fruit-bearing tree, we count three years from when it was planted and we are not allowed to eat the fruits the first three years according to the laws of Orlah as it says in the Shulchan Aruch, Yoreh Deah 294:4:

It is clear that both dates have Halachic agricultural ramifications.

The Talmud, Taanit 30b lists six reasons why Tu B’Av is one of the most festive days on the calendar. The sixth is an agricultural reason given by Rabba bar Rav Yosef in Taanit 31a:

The 15th of Av was the day that they stopped felling trees for the Altar pyre. As we learned in a braita: Rabbi Eliezer HaGadol said: From the 15th of Av and onward the sun’s strength wanes and thereafter they would not fell trees for the Altar pyre since the wood would not sufficiently dry. Rav Menashya said: They therefore called that day “Yom Tvar Magal”, the day of the axe’s breaking.

On what date did they start cutting down the trees?

According to Maharsha, although the Gemara only told us when they stopped cutting down the trees for the Altar, it makes sense that they began to cut the trees down on Tu B’Shvat, exactly six months before, as that is the date that most of the winter rains have already fallen so the wood would have an opportunity to dry out.

Rashbam (Taanit 31a) explains that they made a celebration on Tu B’Av since they completed the mitzvah of cutting down the trees. In Megillat Taanit, Tu B’Av is listed as the holiday of the Sacrifice of the Wood, a time for the bringing of the wood of the Kohanim and eulogies are prohibited.

What was the sacrifice of wood? Certain families had a fixed time on which they would go out to the forests and bring wood for the arrangement on the Altar. On the day designated for this family to bring their sacrifices, they would bring voluntary burnt offerings. This was called the Sacrifice of the Wood. It was like a festival for these families and they were forbidden to have eulogies delivered, fast and work on that day. This was a custom.

We see from here that Tu B’Shvat and Tu B’Av are connected. Although Tu B’Av is mostly known today as the holiday of love, that is only one of six reasons given in the Talmud for why the holiday is celebrated. This year Tu B’Av takes on another meaning as it is the last chance to plant a tree before the Shmita (Sabbatical) year. Since Tu B’Av falls on Shabbat this year, Friday will be the last day to plant a tree.

May we see many trees planted to make Israel even more fruitful and beautiful and may Tu B’Av be fully reestablished just as Tu B’Shvat has been revived.