How Turkish diplomats saved Jewish lives in France and Greece.

There’s a Turkish proverb: Bir kahvenin kirk yil hatiri vardir. (A cup of coffee commits one to 40 years of friendship). Will it ever be that way again between Turkey and Israel?

An overlooked part of history that might help shift the paradigm.

Thirteen years ago, I had the honour of interviewing and writing about the distinguished American scholar and author Dr Arnold Reisman. Reisman was just putting the finishing touches to his latest book, Shoah: Turkey, the US and the UK. The book, published by BookSurge, he explained to me, addressed the little known role the Republic of Turkey played in saving Jewish lives before, during, and for three years after WWII. 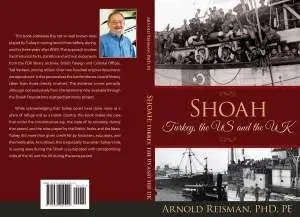 As we know, unfortunately much has happened during the last 13 years with respect to Turkey’s congenial relationship with Israel and Jews in general. Nevertheless, I still believe there are many in the Turkish secular Muslim community today that still have much in common with the Diaspora. And there continues to be a curiosity as to Turkey’s role in saving Jewish lives during the Holocaust.

Reisman, a Holocaust survivor, died in 2011 from complications of quadruple bypass surgery. He was 78. He served as a visiting professor in Turkey, Israel, Hawaii and elsewhere. He wrote about 300 articles and 24 books, several about Turkey’s relationships with Jews and one about Turkey’s conflict with Armenia.

Namik Tan, at that time Turkey’s ambassador to the USA  said of him, “Through his remarkable work, Professor Reisman… brought people of diverse backgrounds closer together and enlightened many.”

This past March, Louis Fishman in an Opinion piece published in Haaretz.com titled “Turkey and Israel: Is This Really a New Beginning?” wrote:

“After years of stalemate, Turkish-Israeli relations ratcheted up a huge notch when Israeli President Isaac Herzog’s plane landed in Ankara last week, the first official visit of an Israeli leader since 2008. From the moment the plane touched the tarmac, it was clear that the Turkish hosts intended to let bygones be bygones and turn the visit into a fascinating display of the full potential that closer relations augur for the two countries.”

Now, whether or not this will come to fruition, is cause for speculation. However, in timely fashion, Community Jewish News Podcast program, has produced a podcast about Reisman that sets out to give us documented evidence of how Turkey’s diplomats and consuls in several German occupied countries used their diplomatic status to intervene on behalf of Jews.

With permission, here’s the link to the podcast. It’s well worth listening to. Click >>>HERE<<<