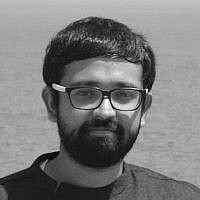 The Blogs
Vaasu Sharma
Apply for a Blog
Advertisement
Please note that the posts on The Blogs are contributed by third parties. The opinions, facts and any media content in them are presented solely by the authors, and neither The Times of Israel nor its partners assume any responsibility for them. Please contact us in case of abuse. In case of abuse,
Report this post. 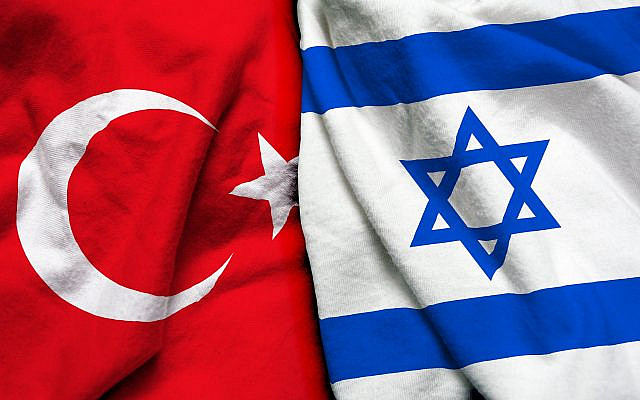 The Middle East has been witnessing realignments between the states over the past two decades that was unconceivable earlier. The recalibration in the foreign policies of the states can partly be attributed to the perceived withdrawal of the US from the region which would leave the Middle Eastern states to fend for their own security and strategic interests. Turkey signaled a similar headway on January 20, 2022, when it expressed its willingness to revisit its foreign policy to bring thaw in its relations with Tel-Aviv. The phone call, after a gap of 13 years, by Turkish Foreign Minister, Mevlut Cavusoglu to his Israeli counterpart Yair Lapid, though a goodwill gesture to enquire the wellbeing of Israeli FM Yair Lapid’s health following positive test for the COVID-19 of the latter, has rather deeper connotations than what meets the eye.

Since last year, Turkey has been showcasing a more accommodative and positive stance towards Israel. Significantly, just two days ahead of the phone call between the two Foreign Ministers, Turkish President Recep Erdogan stated that there might be an official visit by the President of Israel, Isaac Herzog to Turkey in near future. He also expressed optimism towards a potential energy deal between Israel and Turkey. Earlier, in December 2021, Erdogan, addressing a delegation of Jewish leaders stated that Turkey’s relation with Israel would contribute to the stability and security for the region and welcomed the recent dialogue between Turkey and Israeli President Herzog as well as PM Naftali Bennett. However, Erdogan reiterated Turkey’s support for Palestinians while showcasing the country’s pragmatic approach by expressing willingness to normalize Turkey-Israel relations. Simultaneously, he opined that, on its part, Israel must also show sensitivity towards the Palestinian issue and violence that sporadically erupts in Palestinian Territories. Meanwhile, in the backdrop of reports that planning of Hamas’ operations as well as requisite aid to Gaza, to be used against Israel, originates in Turkey, the leaders in Israel are adopting a cautious approach towards Turkey’s overtures.

Significantly, over the past few years Turkey, apart from Israel, has been making extra efforts to mend its relations with other Middle Eastern states including UAE and Egypt. This recalibration in approach come amid Turkey’s tensions with Russia over former’s supply of drones to Ukraine; sanctions by US and European countries; and assumption of US presidency by Turkey’s ardent critic Joe Biden. An important factor, responsible for drawing a shift, in Turkey’s approach can be attributed to its deteriorating economy as also manifested by depreciating value of Turkish Lira. Consequent to thaw in its relations with UAE, particularly after a meeting between Abu Dhabi Crown Prince and Erdogan, both sides signed several investment and cooperation agreements, worth billions of dollars, in varied sectors. UAE also provided US $ 10 billion dollars as a part of strategic investments in Turkey, to help creating positive business environment and stimulating the falling Turkish economy.

The withdrawal of US support to ‘EastMed’ natural gas pipeline project, from Israel to Europe, over reservations, mainly associated with the economic viability and adverse environmental impacts of the project, was also one of the contributing factors in Turkey’s move towards normalization of relations with Tel Aviv. The Biden administration’s decision of withdrawal is in contrast to his predecessor Donald Trump’s favorable inclination towards the project. The proposed 1180-mile pipeline, agreed in 2020, by Israel, Cyprus and Greece is being seen as an alternative to curtail Europe’s dependence on gas from Russia. It plans to carry 10 billion cubic meters of gas from the eastern Mediterranean to Europe. During his visit to Albania on January 18, 2022 Turkish President Erdogan, indirectly referring to US’ withdrawal decision, termed the ‘EastMed’ project as unfeasible and stated that the “project cannot work without Turkey.’’

With dynamic developments in the region offering Turkey an opportunity to enhance its cooperation with Israel in energy sector, it has already signaled its willingness on allowing flow of gas from Israel to Europe via Turkey. The potential Israel-Turkey engagement through negotiations to work out a favorable arrangement can in fact become a catalyst of peace between the two countries. From geopolitical perspective, while, one cannot gainsay the intricacies involved in the bilateral issues of Turkey and Israel but it also holds the conviction that both the countries have the potential to turn the evolving geopolitical scenario to their advantage if they agree to transform the emerging optimism, resulting from shift in their approaches, towards normalizing their relations.

In Syria, both Israel and Turkey, share the common target in the form of militias, backed by Iran. While, Iran and Russia supports Syrian President Bashar al-Assad’s forces in the war, Turkey supports those rebels, who are keen to oust President Assad. On the other hand, Israel sharing its border with Syria, targets Iranian backed militias via airstrikes to ward off any threat to its national security. The normalization would provide Turkey and Israel, an opportunity to enhance their cooperation in various fields inter alia including intelligence gathering/sharing, strategic communication and using advanced surveillance tools. An important implication of the normalization could be Israel’s contribution in enhancement of Turkish forces’ warfare capabilities in combating Iranian-militias. It would be apparently a win-win situation for both sides as Israel would be able to focus much better on its prime concern i.e., ensuring that Iran does not proliferate its nuclear enrichment beyond dangerous level.

Another aspect behind Erdogan’s latest overtures is that on domestic front, he’s riding low on the parameter of popularity. Consequently, to project Erdogan’s better image and instill public’s confidence in his leadership, the ruling establishment wants to bring the dwindling economy back on track with specific focus on trade and tourism. In this context, Turkey’s good relations with Israel would be one such step. By initiating a spree of normalizations across the Middle East, while Erdogan looks to stabilize the economic front, it would also help him to focus better on domestic political landscape. Simultaneously, it can be argued that, Israel might not reciprocate the same degree of interest towards normalizing its relations with Turkey as it may adversely impact its relations with the Greece and Cyprus. However, with UAE and Bahrain already joining Israel’s normalization process, it would be beneficial for Israel to forge relations with Istanbul to counter the Iranian sphere of influence in the region.

Despite undergoing tensions for over a decade now, both Israel and Turkey are aware of the advantages and vast potential of bilateral cooperation in the region. A positive common agenda by both sides to this end, would form the basis for the future Turkey-Israel cooperation in the areas of technology, agriculture, and climate change. Though the undercurrent of trust-deficit continue to override the recent overt overtures, particularly by Turkey, it would be better for both the sides to resolve the issues in a gradual but concrete way by demonstrating genuine intentions for the same. The cosmetic plans with an agenda, aimed at serving the domestic political landscape, may not be viable and yield the desired results. The positive momentum recently generated by Turkish leadership needs to be backed by a pragmatic approach to the larger benefit of the region. It would be interesting to see how Israeli-Turkish relations, if treading towards path of normalization, would shape the dynamics of region’s geopolitics and how the two countries would be able to accommodate the competing interests of stakeholders in varied aspects.

About the Author
Based in India, Vaasu Sharma is an Events Officer with STEAR (Student Think Tank for Europe-Asia Relations), the world's first Europe-Asia Student Think Tank. He completed his Masters in International Relations with a specialization in Diplomacy Studies from University of Haifa in Israel. He was associated with BRICS International Youth Forum from 2016 to 2017. At present he is also associated with the Confederation of Indian Industry (CII) as an Executive in the International Department.
Related Topics
Related Posts
Comments