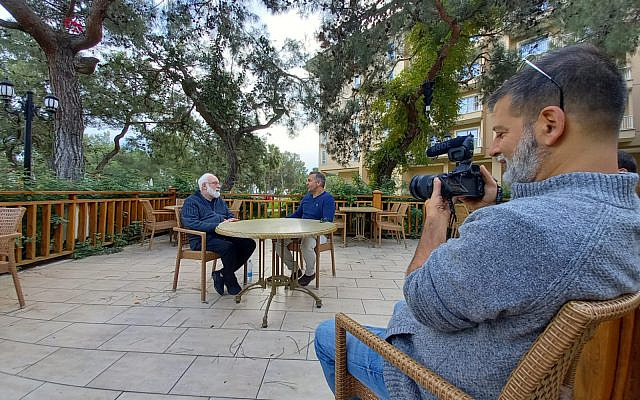 Mutlu Meydan is a long-time student of mine. Although he was born in Turkey, he discovered the wisdom of Kabbalah and began to study with me while living in Sydney, Australia. That was more than twenty years ago. Following his heart, he moved to Israel to be with the study group I lead in Israel, and while here, he began to teach Kabbalah to people in Turkey. A few years ago, he moved back home and since then, he has devoted every spare minute to his students.

I spent all of last weekend with the students that Mutlu had introduced to Kabbalah, and I was in awe. Their questions, their understanding of the principles of the wisdom, and their willingness to connect with one another from heart to heart in order to reveal what Kabbalah teaches filled my heart with joy. I am grateful to Mutlu, and more than delighted to discover that in the spiritual sense, Turkey is a country on the rise.

The Turkish nation is an ancient one, with a glorious past and a unique present. It is a hub of cultures and faiths, and its population is diverse. On the one hand, it is a member of NATO, and on the other hand, it is a Muslim country, giving it a pivotal position in international politics.

The Turkish Kabbalah students are unique among my students around the world in that they are young, mostly under thirty. Typically, people discover the wisdom of Kabbalah not before their late 30s or early 40s, when they begin to ask about the meaning of life. But in Turkey, people as young as 18 or slightly older already ask these serious questions and are willing to exert themselves in order to find the answers.

Over the weekend, we spent hours together, conversing and learning, and the people were fully involved, attentive, and responded intelligently to my answers to their questions. But most importantly, they were affectionate toward each other, indicating that they have truly grasped the gist of the wisdom: connection and love of others.

The wisdom of Kabbalah teaches how to connect people’s hearts above chasms of culture, faith, and ethnicity. Evidently, this idea sits well with the wonderful people I have met in Turkey, and it seems to me that many more will follow. Given Turkey’s central position in the world, I believe that if more people embrace the principles of unity above differences, the country will have a significant and positive effect on the entire world.

About the Author
Michael Laitman is a PhD in Philosophy and Kabbalah. MSc in Medical Bio-Cybernetics. Founder and president of Bnei Baruch Kabbalah Education & Research Institute. Author of over 40 books on spiritual, social and global transformation. His new book, The Jewish Choice: Unity or Anti-Semitism, is available on Amazon: https://www.amazon.com/Jewish-Choice-Anti-Semitism-Historical-anti-Semitism/dp/1671872207/
Related Topics
Related Posts
Michael Laitman