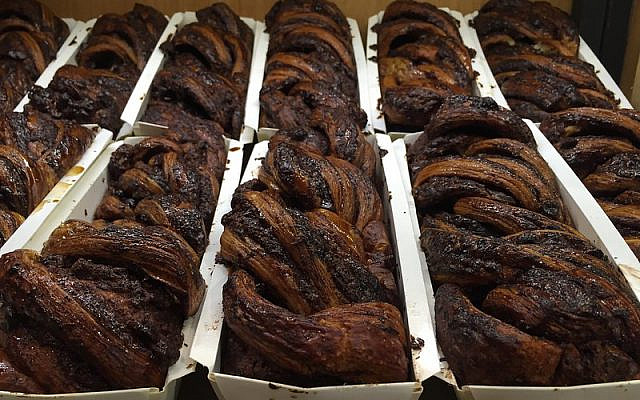 The Palestinians have an incredible public relations machine that boldly and outrageously attempts to distort the truth of their statelessness. Unfortunately, their plight is largely self-inflicted by their own and the Arab League’s horrible leadership and decisions over the last 73 years.

One example of a great Palestinian lie (masquerading as victimhood) is their declaration of May 15, the day after the establishment of the State of Israel (May 14,1948), as their Nakba or catastrophe. The Palestinians have attempted to take one the Jewish people’s most joyous occasions, celebrating their redemption after 2,000 of exile and the founding of the modern-day State of Israel (in the Promised Land), and maliciously turning it instead as a catastrophe inflicted on the Palestinian people. However, Noa Tishby deftly points out in her clear and down-to-earth book, Israel: A Simple Guide to the Most Misunderstood Country on Earth, that the Nakba is largely a disaster of the Palestinians’ own making.

Firstly, the term Nakba, in relation to Israel, was actually first used in August 1948 by Syrian Professor Constantin Zureiq not to condemn anything Israel did to the Palestinians, but rather as a call for the Arabs themselves whereby:

We must admit our mistakes…and recognize the extent of our responsibility for the disaster that is our lot.

The displacement of the Palestinians and their refugee problem is attributed not primarily to Israel, but rather to the mistakes that the Palestinians and Arabs made themselves! So, while, the Arabs and Palestinians have tried to make Israel into the aggressor and blame them for their troubles, the truth of the matter is that the Palestinians Nakba is to a great extent caused by their own religious intolerance, gross hatred of the Jews, including the desire for their genocide, and that this has led them down a true disastrous path of Middle East recklessness and extremely bad decision making, over and over again. Some stark examples of the include:

While Israel accepted the UN Plan (even though it was less land than what it wanted and it also didn’t provide for the much needed water resources from the north), the Palestinians wholly rejected compromise and sharing of the land for the two peoples that laid claim to it.

While Israel went forward to declare a state, the Palestinians rejected the establishment of a state, and instead, their Arab neighbors carved up the Palestinian designated territories for themselves: Egypt took Gaza and Jordan took the West Bank.

While on May 14, 1948 (when the British abandoned their mandate over the territory), David Ben-Gurion declared, consistent with the UN Partition Plan, for the establishment of the State of Israel. Moreover, he appealed to the Arabs “an offer of peace and neighborliness…and to establish bonds of cooperation and mutual help.” In contrast, on the May 15, 1948, the designated date of the Nakba, the Arab armies of Egypt, Syria, Jordan, Iraq, and with support of Saudi Arabia, Sudan, and Lebanon,  declared war and invaded Israel with no less than the Secretary General of the Arab League calling for a “war of extermination” and a “momentous massacre” against Israel.

While the Jews in Israel (many refugees from the Holocaust and the pogroms who had no were else to go and moreover relished their return to their longed for homeland), held firm and stayed in their Kibbutzim, moshavim, and cities, the Palestinians were instead strongly encouraged by the Arabs League to get out of the way, with about 750,000 then vacating their towns and villages, so the invading Arab armies could do their job and kill all the Jews.

After the War of Independence, Israel welcomed and settled about 850,000 Jewish refugees that were expelled by their Arab neighbors. In contrast, after 14 months of fighting and the Arabs lost the war that they had started, rather than settle and provide for the Palestinian refugees that they had elicited, they relegated them to overcrowded and squalid refugee camps and refused to grant citizenship or rights to them thereby perpetuating their Nakba for generations.

To be balanced, in the the War of Independence, bad things were probably done by both sides, as that is the nature of war, especially one that is an existential threat to the Jewish survivors of the Holocaust and pogroms that wiped out about a third of all of world Jewry! Moreover, this was not only a civil war raging in the land of Israel with the Jews and Palestinians, but also a defensive war for the Jews against half a dozen invading Arab armies! Thus, the Palestinians (and the Jews) suffered in the war(s), but the Palestinians also greatly suffered from their and the Arabs own blind hatred and rejectionism.

The goods news is that in more recent times, the Arab nations are thank G-d changing their hostile approach to Israel and instead moving to make peace. Not only Egypt (1979) and Jordan (1993), but in the last year with the Abraham Accords with both the United Arab Emirates and Bahrain, as well as with Sudan and Morocco normalizing relations with Israel. Even this morning, I was amazed once again to read an editorial in the Wall Street Journal calling for Iraq to join the Abraham Accords too! Of course, the hope is that more and more Arab countries as well as the Palestinians will choose the path of peace and collaboration with Israel, as Ben-Gurion had originally held out to them in 1948 (it’s never too late). The prophetic vision of swords turning to ploughshares is perhaps today’s turning of the shedding of tears and assigning blame over a perceived Nakba into sitting down together on Sukkot for a nice piece (peace) of chocolate babka!