In his pioneering book ‘A Brief History of Time’ Professor Stephen Hawkings opens with the following anecdote:

A well-known scientist  some say it was Bertrand Russell  once gave a public lecture on astronomy…..At the end of the lecture, a little old lady at the back of the room got up and said: “What you have told us is rubbish. The world is really a flat plate supported on the back of a giant tortoise.” The scientist gave a superior smile before replying, “What is the tortoise standing on?” “You’re very clever, young man, very clever,” said the old lady. “But it’s turtles all the way down!” 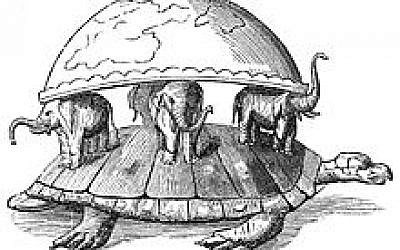 Despite the humorous nature of this story, Hawkings ultimately wanted to demonstrate and probe to the reader the following questions: How much – if anything- do we truly understand? How certain are the answers that science or other streams of thought provide?

Hawking sarcastically contends that in the very fibre of our identity includes the great uncertainty and lack of explanations which constantly accompanies our lives.

Last week in Jerusalem, the 75th anniversary of the liberation of Auschwitz was commemorated as well as this week on Monday was marked the World Holocaust Commentation Day.

In my personal experience, both as a social worker and rabbi, I have consistently had great difficulty both on a personal level in understanding and explaining to another the events of the Shoah.

The Holocaust is a subject that continues to tremendously affect and influence us, particularly amongst ourselves of the Melbourne Jewish community of which so many of us are descendants or have known Holocaust survivors.

Many great theologians and thinkers have attempted to answer this burning question regarding the presence and guardianship of God from 1939-1945. However ultimately I believe that there is simply no clear answer.

I will not attempt to provide an answer or to reason the events of World War II – it is simply above our human comprehension- but I believe that there are unique parallels in first few Parshiot of Exodus and our current predicament and there are vital lessons to be learnt in dealing with this national grief.

I believe that I speak for many when I say that Pesach is one of the happiest and joyous chagim in the Jewish yearly cycle. Conducting the Seder is a night of consistent celebration and family bonding.

However the story of Exodus seemingly appears far from anything joyous.

The Hebrews were not only embitterly enslaved for hundreds of years but were also dehumanized and persecuted, with Pharaoh most famously casting new-born Hebrew babies into the Nile river.

Yet despite the occasional reference in the Haggadah and the periodical eating of bitter herbs, why is the Seder an event of great festivity and joy?

Ultimately, when looking back after so many thousands of years, we can see as described by many exegesis the ‘Tov HaNistar- the hidden good’ or the ‘Hashgacha Pratit- the divine providence’ in our sojournings in Egypt.

Our forefather’s time in Egypt forged their identity. Centuries before the invention of democracy, it was engraved in the Jewish psyche the firm notions of the rights of man and the importance of freedom and liberty – beliefs which have accompanied us throughout the ages.

Through their persistence and unity in maintaining their faith in the face of hardships, our ancestors shaped and formed our identity which remains intact till today in the Diaspora.

Hence we celebrate Pesach with such festivity because after so many millennias we can see in retrospect the providence of our time in Egypt.

Despite us living a generation after the Holocaust and our difficulty in comprehending how such atrocites occurred, it is a fundamental belief in Judaism that all events contain a ‘Tov HaNistar.’ Whether this ‘hidden good’ will be revealed to us in decades to come or if at all- only time will tell…. 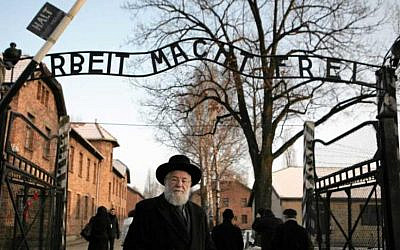 To end off, I would like to conclude with a quote from child Holocaust survivor and former Chief Rabbi of Israel  Yisrael Meir Lau:

“I am a believer—and I will remain so until my dying day; I do not believe in coincidence but in Divine providence. Why did it have to happen? Why was my brother Milek, torn from our mother to go to his death, while I was separated from her and lived?
I will never know, but this will not diminish my faith in the One Who Spoke and Created the World.”

May we only from now experience goodness and happiness.

Rabbi Gabi
About the Author
Rabbi Gabi is Australia's youngest community rabbi. He leads the Ark Centre a Orthodox Community Centre with a Shule in the middle. Through his openness and inclusive approach to Judaism, Rabbi Gabi has redefined the 21st Century synagogue within the context of Modern Orthodoxy with a greater focus on song and spirituality. Rabbi Gabi holds a Masters of Social Work and is Chairman of Melbourne Fight Back Against Parkinson's Inc, a not for profit charity that assists people with Parkinson's disease.
Related Topics
Related Posts
Comments