Jewish audiences like to nit-pick over the details. Non-Jews just laugh at the jokes.

Gary Sinyor’s 1992 movie Leon the Pig Farmer ushered in a new era of Anglo-Jewish comedy. After excursions to Hollywood, a psychological thriller, and London’s West End, writer-director Sinyor returns to his roots with The Jewish Enquirer. a madcap comedy on Amazon Prime that will shake North West London Jewry to its fishball foundations.

It is 20 years this week since The Bachelor starring Chris O’Donnell and Renee Zellweger and directed by Sinyor entered the UK film charts as the top new film. Sinyor hopes for similar success with a cast led by Tim Downie, the versatile star of British TV’s Outlander, who stars as Paul Green, hapless reporter for the UK’s “fourth biggest publication” – until last month, when the Jewish News–Jewish Chronicle merger elevated the mythical Enquirer to third place. It’s Lou Grant meets Larry David via Birds of a Feather. 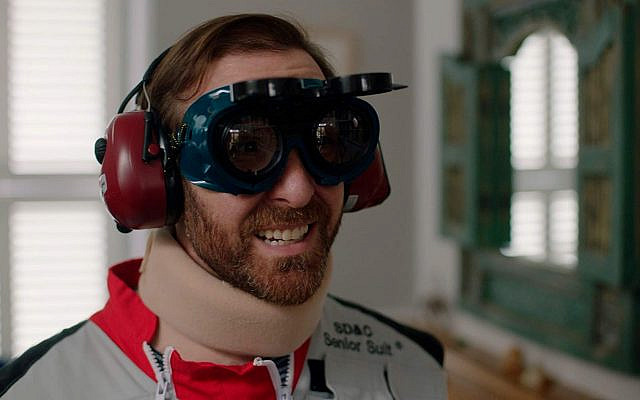 Paul’s day consists of chasing the scoops that Enquirer readers love – “Chief Rabbi Shops at M&S: Exclusive” – while avoiding the child-minding demands of his foul-mouthed single-parent sister Naomi (Lucy Montgomery) and the pitfalls of the Jewish dating scene he barely negotiates in the company of his friend Simon (Josh Howie), who also happens to be Naomi’s ex.

Sinyor’s Leon was a Jewish boy who discovered his real farmer was a Yorkshire pig farmer. The resulting chaos took Leon far beyond the community confines to a world of bacon, blondes, lobster and rubber fetishism.

Like the mamzer child of Fiddler on the Roof and Curb Your Enthusiasm, The Jewish Enquirer picks at modern Jewish neuroses like Larry David tackling a particularly stubborn zit.

This new comedy series finds Sinyor firmly back on home territory. Shot entirely around North West London – and almost exclusively within a half mile of the director’s home in Finchley, The Jewish Enquirer will feel to most Jewish Londoners as familiar as a Carmelli’s bagel.

Like the mamzer child of Fiddler on the Roof and Curb Your Enthusiasm, The Jewish Enquirer picks at modern Jewish neuroses like Larry David tackling a particularly stubborn zit as Paul negotiates London’s multi-ethnic society where each encounter can trigger instant minority group angst.

“Jews will find it funny, but the non-Jewish audience is probably bigger, according to the test screenings we’ve done,” says Sinyor. “It reminds me of when we did Leon the Pig Farmer. We got a very strong non-Jewish audience for that film. The Jewish audiences were always a little bit picky, asking why a character was wearing that jacket, or why he had a beard. Jewish audiences like to nit-pick over the details. Non-Jews just laugh at the jokes.”

“You just need to take these characters out into the world and you find things that are funny. The central character is curmudgeonly and confused and has a very strong – perhaps over-strong – sense of what’s right and wrong.” 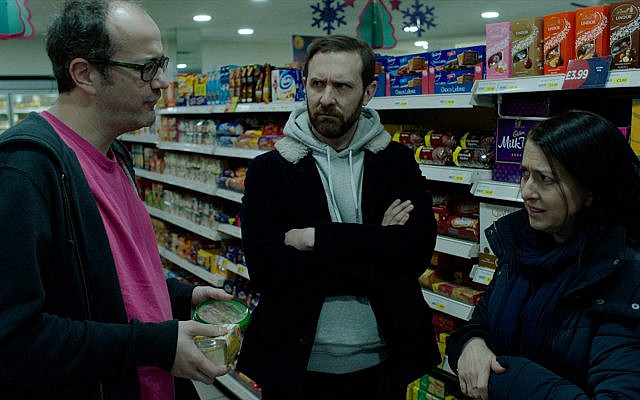 The show’s humour is not for the faint-hearted – or the under-16s. In one episode, our hero Paul borrows a vicar’s surplus for a fancy-dress party, presenting an irresistible attraction for a woman whose medium has told her she will meet a man with a white collar. Paul is more interested in her roast chicken.

The show “highlights how unconventional comedy can dare to be on streaming video services,” says the Daily Mail. “Starring Tim Downie as a reporter for a Jewish newspaper that no one reads, the show batters you with jokes so politically incorrect they leave you speechless.

“This is the opposite of comedy by committee. It’s impossible to imagine BBC execs allowing this gag about whether gay firefighters inspire trust: ‘You’re in a motorway pile-up. Who would you most want coming towards you with the cutting gear: Bruce Willis or Graham Norton?’”

“I’m on a date with my GP,” Simon tells Paul in one episode.

“That’s an appointment,” Paul informs him.

Meanwhile, Paul’s editor alerts him to the faintest manifestation of antisemitism in the Finchley area, from offensive graffiti to imagined slights. The show manages to both understand and parody the community’s concerns about Jew-hatred, with Paul manfully defending the CST security organization against the charge that it amounts to little more than “an army of David Baddiels.” 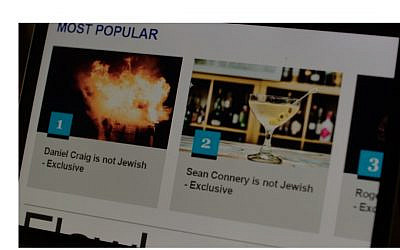 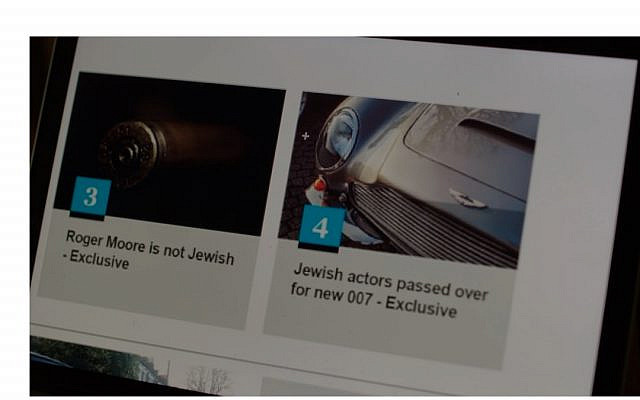 “Given the time we’re living in, non-Jews in Britain today are much more aware of antisemitism,” Sinyor says. “The fact that the main character seems to confront a version of antisemitism quite regularly – either because it exists or because he accuses people of it – makes it resonate. But more than anything, it’s farcical and very funny.”