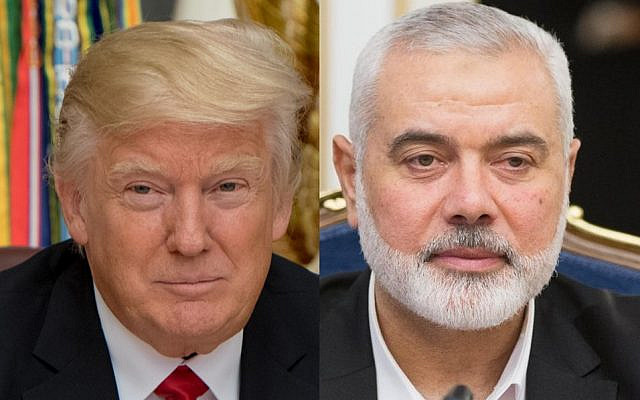 There are two groups who have much in common although neither would likely ever admit to it: anti-Israel activists and Trump supporters.

Both advance an ideology that relies heavily on one big lie. Anti-Israel activists claim that Israel is the result of a Western invasion that stole the land from the native Middle Eastern population. Trump supporters claim that Donald Trump is still the real president of the United States because the 2020 election was illegitimately stolen by Joe Biden.

Both claims are easily disproven, and they have been disproven many times, including by people who would have much preferred that it be otherwise, but those two groups still carry on with their lies as if they were facts.

It is ironic that most members of one of the two groups would readily admit that the other group is delusional and is pushing a blatant lie. Indeed, the vast majority of Trump supporters (who falsely call themselves conservatives) support Israel, even if only for their own selfish reasons, and the vast majority of anti-Israel activists (who falsely call themselves pro-Palestinian activists) abhor Donald Trump, even if only because he supports Israel.

“The most conservative of conservative values is reverence for the rule of law”, as Republican member of the U.S. House, Liz Cheney, has pointed out. Trump supporters are not conservatives. They are members of a cult of personality, and the personality is a mediocre Reality TV show host who pulled the wool over the eyes of tens of millions of Americans who desperately need a hero, no matter how fake.

Anti-Israel supporters are not pro-Palestinian because a friend of the Palestinians would fight for the only solution that offers them a decent future: self-determination in a peaceful state next to Israel. Instead, anti-Israel supporters choose to try to delegitimize the Jewish state thus enabling the Palestinian factions that are most opposed to the two-state solution, such as the Hamas terrorist organization.

What do these two groups, who could not be more different and who are centered at two opposite sides of the world, tell us about our race, the human race? Perhaps we should listen to what they tell us.

They tell us that intelligence and the ability to self-reflect and be honest with ourselves are not qualities to be taken for granted in humans. They tell us that even the most ridiculous conspiracy theories can gain wide support and receive much funding to help them grow and suppress common sense and proven facts.

This should make us feel humble as humans. The amount of hatred and lies that we can produce and disseminate makes the most vicious animals look tame by comparison. And we cannot blame it on lack of information. In an age when practically all known facts are three clicks and ten seconds away, we choose to lie and hate for no other reason than because we are too insecure to face a truth that makes us uncomfortable.

Shame on us, and particularly shame on those among us who denounce the lies of others while vigorously pushing their own lies that are just as nauseating. Shame.