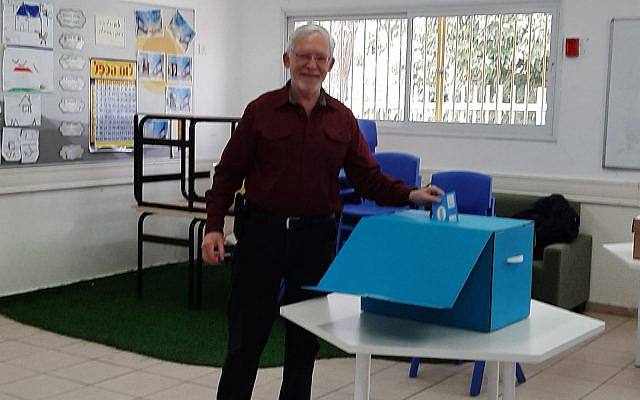 The string of inconclusive elections in Israel means we must make some changes. Here are two that would work:

Of course, realigning the electorate in accordance with real challenges instead of puffed-up “security” issues would be a better solution, as I’ve said over and over, most recently in this lecture in Hartford, Connecticut—but that’s not happening.

Let’s deal with the not-happening ones first.

A national unity government, led by the two major parties, looks like a good idea. And it might be—for a few months. Then it would inevitably break apart.

Even one of the main parties, Blue and White, is made up of smaller ones that agree on little except their desire to hold power. The smaller parties, likewise, are comprised of what they call “strange bedfellows.”

And that’s assuming that the parties teamed up in good faith, which is highly unlikely.

There’s precious little good faith in Israeli politics these days. We have either led or followed the US down the path of demonizing political rivals, calling them idiots, enemies, traitors, or worse. The ugly campaign rhetoric on almost all sides was not just words—it reflected this dangerous and possibly fatal trend. A unity government with such beliefs in the background would not last more than a few weeks or months.

For all those reasons, a national unity government is a temporary solution at best, and a recipe for chaos at worse.

So how about changing the system from proportional representation, where the seats in the parliament are divided up according to the number of votes each party gets, to a district system? Proponents of this, many of them Anglo-Saxons who grew up with districts, say it’s a way to make the representatives responsive to their constituents and drastically reduce the number of parties in the parliament, making it easier to govern.

The problem there is—Israeli society is divided into many more segments than the societies we left behind. Almost all Americans can find their way toward voting for one of two parties, Democrats or Republicans. Not so here. There are deep ethnic, religious, social, and economic divides. Cutting the number of parties would leave some of the sectors unrepresented. That’s a formula for civil unrest.

As my favorite political philosopher (my father) explained: “In a democratic system, the form of the government tends to reflect the society. In other words,” he said, “the people get what they deserve.” So because of our divisions, we’re stuck with the messy proportional system. Even raising the threshold for entry into the parliament is likely to be a temporary fix, as parties break apart after the election.

Instead, I’m suggesting two minor-looking reforms that could prevent a situation like today’s maddening tie vote after tie vote.

The first is runoff elections. Today we have to stage a new, full-blown election if no one is able to form a government. Here’s my proposal:

If no government can be formed, there will be a second election two weeks after the last attempt fails, and only the parties that made the cut the first time are eligible. That frees up thousands of votes that were lost the first time—often several seats’ worth.

If that doesn’t produce a government, then there would be another runoff election with the parties that made it into the parliament participating, but this time, the cutoff for entry into the Knesset would be raised to ten percent, or 12 seats. That would give smaller parties an incentive—call it survival—to join a bloc that could form a government, instead of facing that second runoff.  So within a matter of weeks—not months—we’d have a government.

The second suggestion is one I’ve rejected for decades, but I’ve come around to believing it’s necessary: Term limits, at least for prime minister, possibly also for members of parliament.

I opposed term limits because I’m a bit of a purist. In a representative democracy, the people are sovereign. What they want is what they should get. (My father put it slightly differently.)

There are two elements to counter that purism.

First, incumbency carries with it such power that it negates the fairness of the election process. The opponent of a long-sitting prime minister is always labeled “inexperienced.” How could it be otherwise? Second, the incumbent has the power of the state on his side, even legitimately, as he or she continues with statecraft, maybe with an extra camera for campaign ads.

This is not an observation derived from or directed at Israel alone. In the US, many members of the House and Senate get elected again and again, even if they are lazy, corrupt, or out of touch—partly because they acquire the all-important element of name recognition.

The other reason for term limits, also not derived only from Israel’s case, is the painfully proven fact that the longer a ruler is in power, the greater the tendency toward corruption. This happens most egregiously in dictatorships, even among those who started out well, like Egypt’s Mubarak or Zimbabwe’s Mugabe.

Of course it would be better if Israel’s voters started casting their ballots on the basis of which party will do the best job reinvigorating health care and education, energizing the housing market, dealing with poverty, closing Israel’s unconscionable wage gaps. Maybe one day we will.

Even then, these two reforms—runoff elections and term limits—would make elections more efficient and less frustrating.