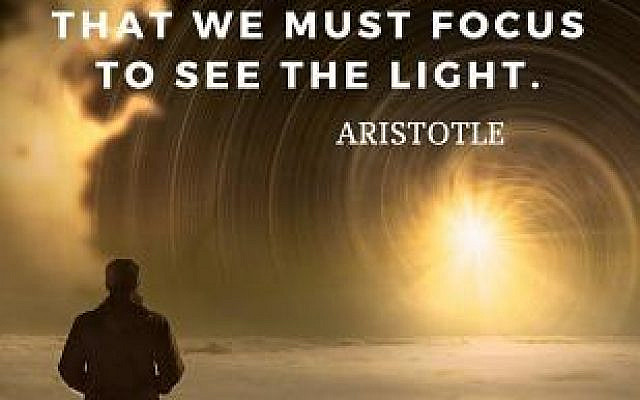 The anti-Israel news coverage in Britain never ceases to amaze me. Due to Corona and the success of our vaccination program, we have enjoyed a small period of respite while the rest of the world has looked on and praised us. But that ended very suddenly this week, with the horrific events happening in Jerusalem, and the riots and unrest which is now spreading across the country.

In the UK, I could never understand why being proudly left-wing also meant I had to hate Israel and support Palestine. Or why the two are synonymous  —why couldn’t I love one and support the other? My first unpleasant taste of this was when I went on a student march in protest at tuition fees. Suddenly, people were not protesting about tuition fees and the government, but waving flags in support of Palestine and insulting Israel and Jews. I left the protest feeling very downhearted.

And it’s not the only time this has happened. When I told my very left-wing, lovely neighbour in Shropshire we were moving to Israel, she reacted immediately: “Don’t tell me you’re going to become right-wing?”

I feel something has gone very wrong when Israel is associated with fascism and Palestine with socialism.

So I just want everyone to consider something very carefully, which rarely gets brought up in discussion about the Middle East, because of the shame and guilt Britain so clearly should feel, even if they don’t. Do I need to remind you it was because of the promises they made to Palestine, and to the Jews, after WWI, that both nations considered Israel/Palestine would soon be theirs? Please look up Britain’s involvement in the whole story. It’s not a pretty picture.

So I wonder if now, because of that guilt which has passed down from generation to generation, the British feel they need to support Palestine in order to right those wrongs? Please understand, the homes in Sheikh Jarrah were owned by Jews until 1948 when the city was conquered by the Jordanian army.  The Jordanians split the city with barbed wire fencing and forbade any Jew to enter East Jerusalem. They housed Palestinians in these homes. Now, after seventy years, in a city without barbed wire, the descendants of the owners of these houses are claiming them back. But Israel has also expropriated Arab homes and lands all over the country.

So who is to blame?

Politics is never simple. One people, one nation or one leader cannot alone be blamed. Take now, for example. Why have the riots flared up? Firstly, because Prime Minister Netanyahu, in a gambit to cling onto his position, has cleverly managed civil unrest, by ordering troops and police to march onto the Temple Mount, the third most holy site in Islam. When they entered the mosques to apprehend rioters who were hurling stones onto the worshippers in the Western Wall plaza below, they did not take the time (perhaps understandably) to remove their shoes, which is a desecration of the Muslim faith. This is what has caused the furious uprising across the country and has allowed Hamas, a murderous terrorist organisation, whose stated aim is to kill every Jew, to fire hundreds of rockets over the past three days, onto civilian areas as far North as Jerusalem.

Suddenly, the creation of a coalition government of change, removing Netanyahu who is on trial for corruption, is a much harder government to create, needing as it does, the support of the Arab Israeli parties. While the flames are rising, the latter cannot be seen to work together with Israeli mainstream parties. Just like that, to satisfy political extremists on both sides, we have a country full of riots, people running for shelter from the barrage of rockets which have already caused destruction, death and injuries, and citizens here who are anxious and concerned for everyone’s safety.

And I do not say that lightly. We are concerned for the safety of EVERYONE. Our kibbutz is surrounded by Arab villages, many of whose inhabitants are friends and colleagues. Now the area is aflame, led again by extremists but joined by many who are angry at the situation. But what do the majority of both Jews and Arabs want? The majority voted against Netanyahu, led by the party my husband and I support and work for, Yesh Atid (There Is A Future). They are desperate to form a government of national unity, comprising of parties from the left, centre and right, including the Arab parties, to take over and heal this wounded country. We want peace, together. To live together. We want to find a solution whereby the Palestinian Arabs can have their own land and independence, and so can the Israeli Jews and Arabs. And everyone can choose where and how to live.

One of my dreams for the future is to create a unified society where synagogue, mosque and church stand side by side, where Jews, Muslims and Christians can celebrate their festivals together and teach each other about their respective cultures, watching their children play and laugh together. At the moment, it might seem like an idealistic dream (although it happens in many places throughout the country), but I know how quickly everything can change here. So I am not going to give up on it just yet.

I want everyone to know, especially those of you who are not in Israel, that most of us, Jew and Arab, want peace and equality for all. Do not be fooled by our current corrupt leaders or by the extremists. They too will fail — one day. If we continue to fight for peace and equality, which so many of us are doing, all the time.

So I ask the rest of the world not to cast Israel aside so easily. Not to believe the calumny that we are racist and corrupt. And certainly not to believe everything you read or watch in the news. Have faith there are good people everywhere, and ultimately, we will win.