While leafing through the volume of midrash Pirke deRabbi Eliezer, looking for a source about the women refusing to give their jewelry for the golden calf, I re-discovered some old underlinings. In Chapter 30, it states that Abraham‘s son Yishmael married a woman from Moav named Ifa. 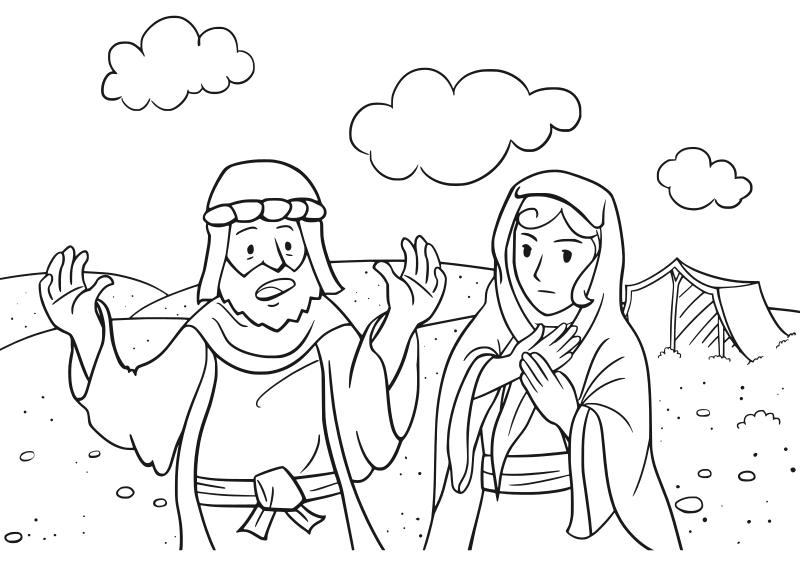 It is not clear to me how many years after Yishmael and his mother were banned by Sarah from the house, but the Midrash states that three years later, Abraham went to see his son Yishmael.

Before setting out, Sarah made him swear not to get off the donkey when he got to where Yishmael was living. Abraham went again after another three years and after the same promise to Sarah.

The Torah text itself leaves a huge blank in the years between his having gone away, and the last reunion with his father – to bury him. But this Midrash leaves the imagination much fertile material for Divray Torah (explicating the text):

1. How long did Abraham wait until he asked Sarah’s permission to go?
2. Did he stammer and not look her in the eye when he asked?
3. What did Sarah actually say in her reply? Was she understanding when she saw the longing and pain in his face and words? Did she just sigh and realize he just had to do it? What was her tone of voice when she made her husband swear to keep a distance?
4. From on top of the beast, what did Abraham say to Yishmael, and how did he respond, or did Yishmael not respond at all because of the resentment he felt for his father having given in years before?

I leave this to the rabbi and teachers, and sermonizers, and when they are through they can do many things with this.

Further down in that same chapter, the midrash states that, after Sarah died, Abraham remarried Hagar. This is so astonishing, with too many things swirling my mind when I re-found it, I had to focus on only one thing that it reminded of: In 2002, David McCullough published what is generally acclaimed by many as the ultimate biography of John Adams.
Certainly his exchange of letters of affection and love with Abigail are among the most extraordinary documents in any presidential archive.

President Adams lived long after he had finished his term of office, dying at 90, Abigail having passed away 8 years earlier. Some time after she died, a woman came to visit Adams at his home. She had been someone he had loved decades before, before he had married Abigail.

The moment he saw her, he rose from his chair and suggested they take a walk in the garden. It is a tremendously moving scene that McCullough describes. Years and years after those emotions played in his life, and after a very long and happy marriage, there was still something there in his heart even as an old man.

I leave these stories Abraham and Hagar and President Adams and his old flame for the lyrical poets.