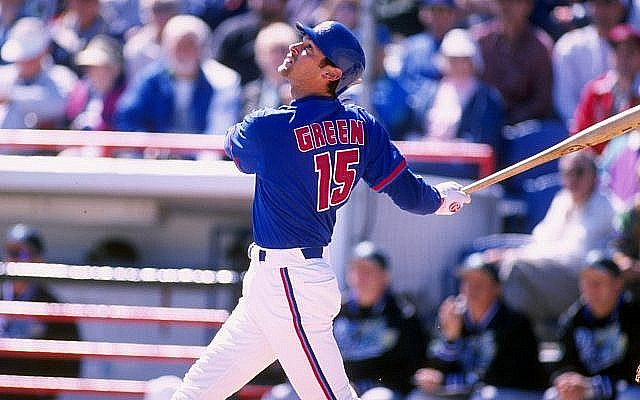 An old Jewish joke tells of the definition of a Jewish telegram: “Start worrying. Details to follow.” Somehow, we are always to worry, I sense very much justified by our history as a people. Yet, when speaking of the various kinds of Korbanot—ritual sacrifices in the Tabernacle—the Torah shares a different perspective:

“If he is bringing it as a thanksgiving-offering: i.e., if [he is bringing the offering] to give thanks [to God] for a miracle that had happened to him, for instance, those who made a sea-voyage [and returned safely] or journeyed in the desert, or those who had been imprisoned [and were subsequently released], or a sick person who recovered. All these are required to give thanks [to God], for regarding them, it is written, “They shall give thanks to the Lord for His kindness and for his wonders to the children of men. And they shall slaughter sacrifices of thanksgiving” (Ps. 107:2122).

The very foundation of gratitude is laid down for us right here. If you are the beneficiary of good fortune, be thankful. Don’t allow for recognition to remain but a feeling— make sure you express it. Take action.

Concepts like “giving back,” “Thanksgiving,” “debt to humanity”, and songs of praise, have all emanated from this concept of a Korban Todah, an offering of thanks.

But there is more. Gratitude, it seems, does not come in small portions:

“Along with loaves of leavened bread, he shall bring his offering along with his thanksgiving peace offering. And he shall bring from it one out of each offering, as a separation for the Lord.”

The actual animal brought to the Temple is not enough; you would also bring bread and matza. According to the rabbis, a person bringing a Korban Toda—an offering of Thanksgiving—would bring the equivalent of thirteen gallons(!) of flour! This would make for a lot of bread. How is one person supposed to eat that much food? An entire sacrifice and forty loaves of bread? It seems like a lot to eat.

To make things even more complicated, the Torah says:

“And the flesh of his thanksgiving peace offering shall be eaten on the day it is offered up; he shall not leave any of it over until morning.”

While the usual window for eating the meat of a sacrifice is three days, here it is only one day. The combination of a large amount of food, with a short window of time, leaves us wondering about the nature of this Korban. What is the meaning of a sacrifice that requires an unusually high amount of food, while limiting its eating to an exceptionally low amount of time?

Don Isaac Abarbanel (1437–1508) who was the champion and inspirational leader of Spanish Jewry during its most difficult years and throughout the dire times of the Spanish expulsion, offers the following insight:

When a person is required to bring a large Korban and limited in the time they can spend eating it, they will surely call on others to partake in their celebration. Gratitude must never be limited; we must make others part of our happiness. Being fortunate and grateful should spur us to share those blessings with others.

Rabbi Avraham Alter (1866-1948), the great rabbi of Gerr, Poland and also known for his magnum opus, the Imrei Emet, shares a beautiful insight on this. When we express gratitude, we are reflecting on a matter of the past. We are thanking God for something that has already happened. This is very important. Yet sometimes, when good things happen, we tend to hold on them for too long, failing to see the new gifts in our lives. Gratitude carries with it the trap of a nostalgia that may withhold us from looking at the gifts of the present and future. This is why the Torah commands us to express our gratitude, yet wants us to move on from that the next day. We need to look for new things to be for which we should be thankful. If we brought a large amount of food to the Temple and were then able to eat it for a while, we would not be looking forward to the future. Don’t chew on old miracles; expect new ones to come up.

Living in times of unprecedented uncertainty, we must prepare for the worst and hope for the best. As someone who has been on record expecting the worst of the coronavirus, and recognizes its devastating impacts, I can say confidently: good things will happen. This is not to downplay or underestimate the challenges ahead of us, for they are numerous. Yet, we must never despair in the face of these hardships. The Jewish people have shown the world the power of hope in the face of hardship, the power of gratitude, even under the most dire of circumstances. Let us take the lessons of the Korban Todah—the offering of Thanksgiving—and remind ourselves not to chew on the miracles of the past; there will be more. Good things will happen. A time will come when we will be grateful and have so much to be thankful for. We will come to feel and express, king David’s beautiful words:” He took them out of darkness and the shadow of death, and He broke open their bonds. They shall give thanks to the Lord for His kindness, and for His wonders to the children of men. For He broke copper doors and cut off iron bars.” (Psalm 107)

About the Author
The writer is an eleventh-generation rabbi, teacher, and author. He has written Sacred Days on the Jewish Holidays, Poupko on the Parsha, and hundreds of articles published in five languages. He is the president of EITAN--The American Israeli Jewish Network
Related Topics
Related Posts
Elchanan Poupko
Comments