“One kilogram of grapes and one kilogram of sugar,” Paul laughed, remembering his late father’s Kiddush wine recipe, “it was like Manishevitz without the water.” Every Friday morning, waiting patiently with empty bottles in hand, the Jews of Cape Town would line up outside of Paul’s childhood home to ensure they would have the wine necessary to bless the Jewish day of rest. “My dad’s dream was always to mass produce his Kiddush wine,” Paul told me. Standing beside the barrels, Paul and his dad would fill their neighbor’s bottles, one by one, with the syrupy red liquid they had prepared with their own two hands (and feet).

“It was real quality time with my dad,” Paul recalled nostalgically, “getting the steel bath out to crush the grapes, running the juice through a pillowcase – I still have some hazy memories of those days.” Paul’s family also had a special bottle they would fill from their barrels every Friday for Kiddush. “It was a glass bottle decorated in a Hasidic long coat with silver pins all over it,” Paul described, waving his animated hands in an attempt to relay the comical image. Although for many years the only wine Paul knew was his father’s sacramental syrup, at around the age of sixteen, Paul tasted a Johannesburg Riesling, and for him, that was “a major discovery.”

Recognizing the wonderful world of quality wine beyond the Kiddush cup, Paul became fascinated by the notion that “wine is made in the vineyard” and started getting serious about agriculture, particularly in regards to growing grapes. After his Zionist ideals brought him to Israel, Paul was sure he would end up tending to a vineyard in the Golan, because as he said, “that’s where they grow grapes.”

But when Paul took his first steps onto the Ben Gurion Airport runway, he was heading southbound to Kibbutz Tzuba, just outside of Jerusalem, to study Hebrew at the local ulpan. Although Paul only planned to spend a short time in Tzuba brushing up on his Hebrew grammar, fate had it that around the time he arrived, the kibbutz was looking to plant their first vineyard, “and I got the job,” Paul said, echoing his initial excitement.

While, at first, the kibbutz outsourced their grapes to other prominent wineries in the area, the fruit of Paul’s labor quickly started to be recognized as some of the best in the country. It wasn’t long until Paul married and laid his roots down in Tzuba alongside his blossoming grape vines. After about ten years of selling their grapes to other wineries, Tzuba decided to start producing wine from their grapes as well and started Tzuba Winery. Just two years after its inception, Paul became the winemaker and has since also become the CEO.

“Before I came to Israel, I was a Zionist,” Paul said frankly, in his finest South African accent, “now I’m an Israeli.” Fully immersed in Israeli society, with some hints of his Anglo-Saxon upbringing coming out at unexpected times, Paul has a unique perspective on Israeli culture, particularly related to their attitude towards wine. “Israel is a stressful society. People work extremely hard and have nearly no time to relax,” Paul explained, illustrating why national wine consumption has been stuck at 6.5 liters per capita for almost fifteen years. “Wine is a leisurely beverage that is consumed mostly during recreational hours. As Israelis, we have almost no free time. The one place where Israelis should drink wine is at restaurants, but because most Israeli eateries inflate the prices of wines on their menus, the average Israeli diner won’t splurge to buy wine in the setting that would be most fitting,” Paul critiqued in a frustrated tone.

His matter-of-fact and brutally honest manner of speech is always lined with a sweetness and charm that makes him one of the most enjoyable winemakers in Israel to sit and talk with. “When it comes to choosing wines, most Israelis look exclusively for brand names and trademarks, they don’t even know what they are drinking,” Paul vented. Despite his dissatisfaction with the current wine trends in Israel, Paul is hopeful, as he does see the quality of wine in Israel soaring tremendously and consumers willing to pay a bit more for “the good stuff.” “Of all the hundreds of wineries in Israel, practically every single one has at least one bottle that you could say is a great wine,” Paul said in an intrigued voice, “there’s no reason that you can’t walk out of a store with a good bottle of wine for less than 50 shekel.”

“Not too many people can say they came to Israel, are doing what they love, and succeeding at it,” Paul boasted proudly, with a big smile, “I mean, making quality kosher wine for people to make kiddush on – what more of a blessing could you ask for?”

As the sun sets over the Judean Hills on Friday evenings, Paul sits down with his family to bless the Jewish day of rest. As he pours his kiddush cup, Paul does not uncork his fine Syrah, nor his highly acclaimed blends to fill his silver cup. Sentimentally remembering where and with whom his long journey began, Paul pours his sweet port style dessert wine to usher in the Sabbath with his wife and his own children at his side, remembering his father, who passed away more than twenty years ago. 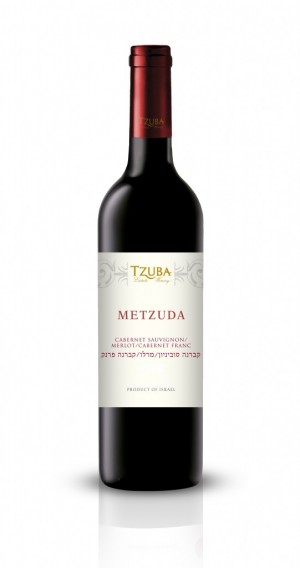 “This is not a wine I can just sit down and drink,” Paul warned me, it needs to be with some food, like a piece of steak, to get the juices going.” Paul recommends some advance planning for this bottle, “If you’re looking to have this bottle with dinner, open it in the morning. It takes quite a while to open up and let go of a slight bitter flavor that might be sensed upon uncorking.” With a full lovely mouthfeel and an exciting acidic tang, this classic blend of Cabernet Sauvignon, Merlot, and Cabernet Franc is almost a full meal in of itself.

“Wine is wine,” Paul told me, “it’s got a character. I don’t think it’s sophisticated for people sit down, and open four bottles of Chateau Lafite at a dinner party – they are just stinkin’ rich and have nothing better to do. On the other hand,” Paul continued, “you will have people open a few bottles of a table wine with friends and good food, and they will have a happy time. That is wine culture.”

Share this bottle with the least pretentious people you know. To be clear, even the finest wine connoisseur would enjoy this bottle, but I’m not sure Paul would pour it for him. Turn up Woody Guthrie’s “Hard Traveling” or Bob Dylan’s “Blood of the Tracks” to set the mood right while sharing this wine. Be sure to visit Paul at Tzuba Winery, just outside of Jerusalem.