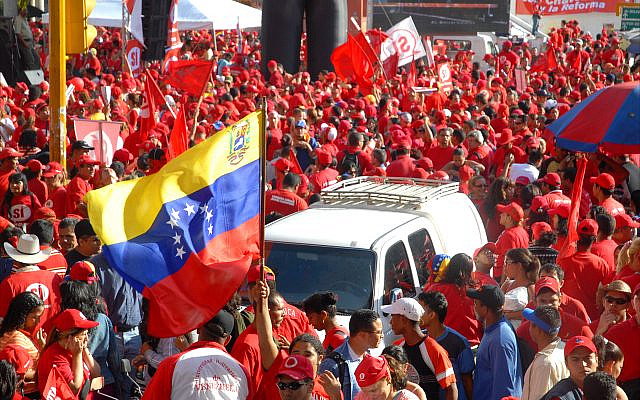 An enormous Venezuelan flag is carried along Avenida Bolívar in Caracas by supporters of President Hugo Chávez, who in 2009 broke Venezuela's diplomatic relations with Israel. (Larry Luxner)

Last Thursday’s decision by the United Arab Emirates to establish diplomatic relations with Israel ranks as Israel’s biggest diplomatic breakthrough in 26 years. Yet official ties between the Jewish state and another oil-exporting giant, Venezuela, remain in deep freeze ever since the late Hugo Chávez severed them in 2009 — with no hint they’ll be restored anytime soon.

How is it possible that we’ll soon have an embassy in Abu Dhabi — but not in Caracas?

The idea upsets Rabbi Pynchas Brener, who is or isn’t Venezuela’s ambassador to Israel, depending who you ask.

Brener, an 89-year-old great-grandfather, was born in Poland, emigrated with his parents to Peru at the age of 4, and served as the Ashkenazi chief rabbi of Venezuela from 1967 to 2011, when he emigrated to the United States as conditions worsened back home. 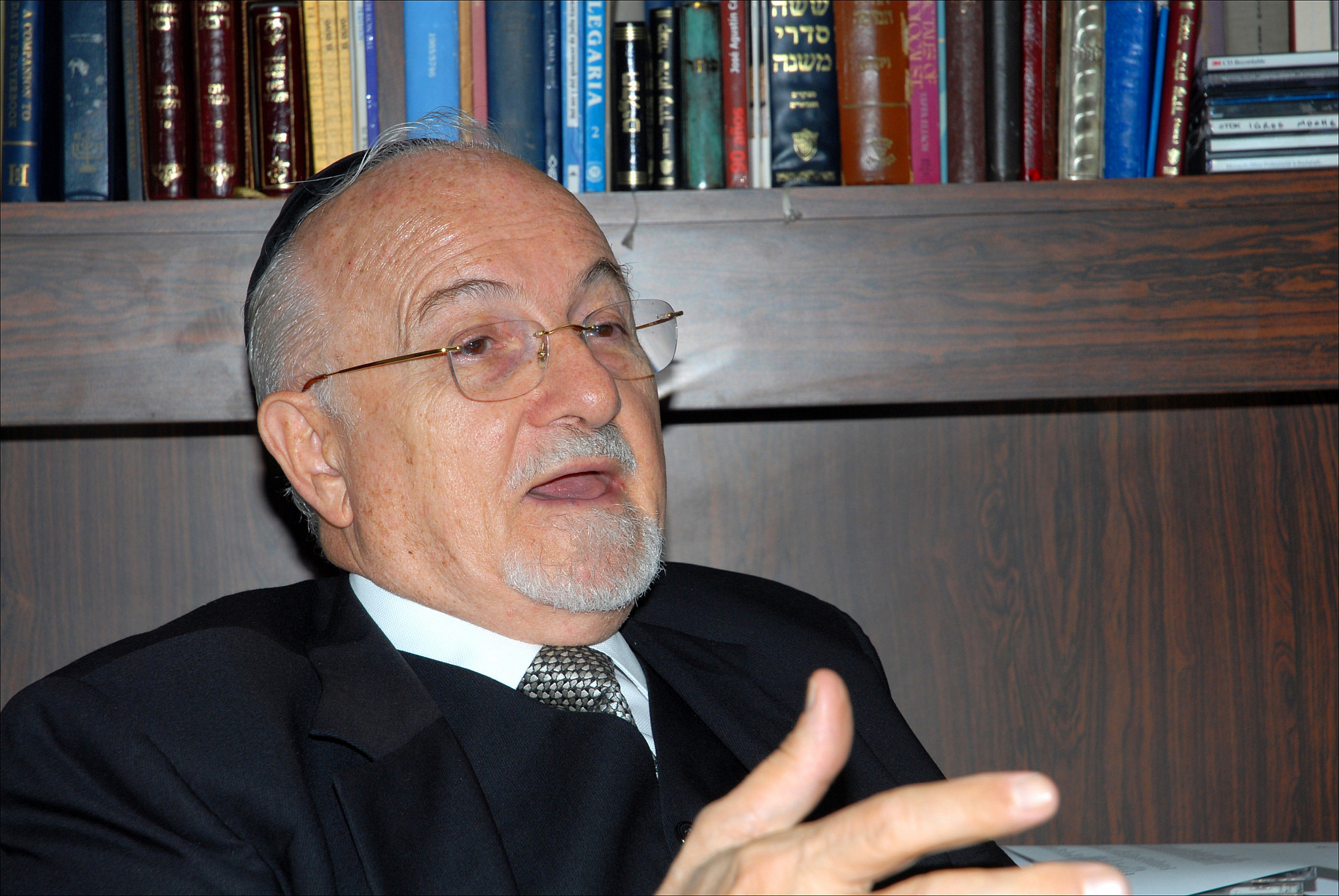 In January 2019, opposition leader Juan Guaidó, president of the Venezuelan National Assembly, invoked a constitutional provision to declare himself interim president after calling the May 2018 re-election victory of President Nicolás Maduro a sham.

Seven months later, Guaidó named Brener as his new government’s envoy to Israel — even though Maduro himself continues to occupy the presidential palace in Caracas and shows no signs of giving up power.

For this reason, Israel doesn’t recognize Brener as an actual ambassador, despite Israeli Prime Minister Benjamin Netanyahu’s formal recognition of “the new leadership in Venezuela.” And it won’t as long as Maduro continues to rule his oil-rich, yet impoverished, nation of 28 million.

“We don’t have any legal standing [in the eyes of the Israeli government]. They only recognize me as the representative of Juan Guaidó,” Brener conceded during a one-hour webinar hosted by the Venezuelan-American Association of the United States. “But we are trying to create a Venezuelan presence in Israel — and I would like the Embassy of Venezuela to be established very soon, in Jerusalem. That’s where the embassy should be.” 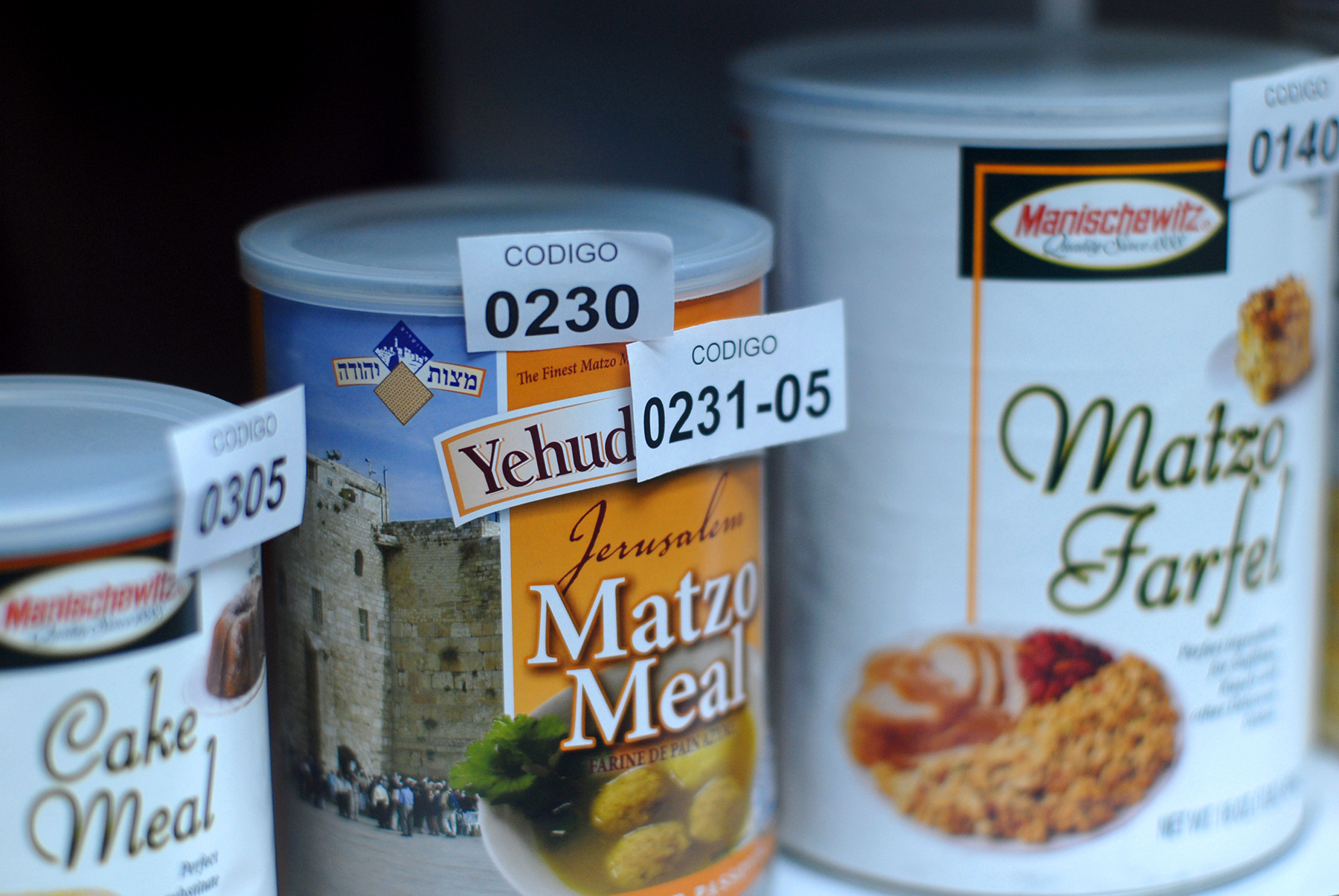 Brener — whose father, Abraham Brener, was the chief rabbi of Peru for 30 years — has a bachelor’s degree in mathematics from Yeshiva University, a master’s in statistics from Columbia University and a PhD from Israel’s Bar-Ilan University. For 44 years, he led the Unión Israelita de Caracas, Venezuela’s largest Ashkenazi shul.

Brener lives in neither Venezuela nor Israel, but in Florida — along with about 200,000 other Venezuelans who fled their country after Maduro’s predecessor, Hugo Chávez, came to power in 1998 and began slowly bankrupting what was once Latin America’s most prosperous economy. In fact, so many venezolanos reside in the Fort Lauderdale suburb of Weston that the city is often nicknamed “Westonzuela.”

In Venezuela itself, which boasts the world’s largest petroleum reserves — even more than Saudi Arabia — fuel shortages are common, and some 21% of the country’s population is malnourished, according to a recent report by the UN Food and Agriculture Organization. 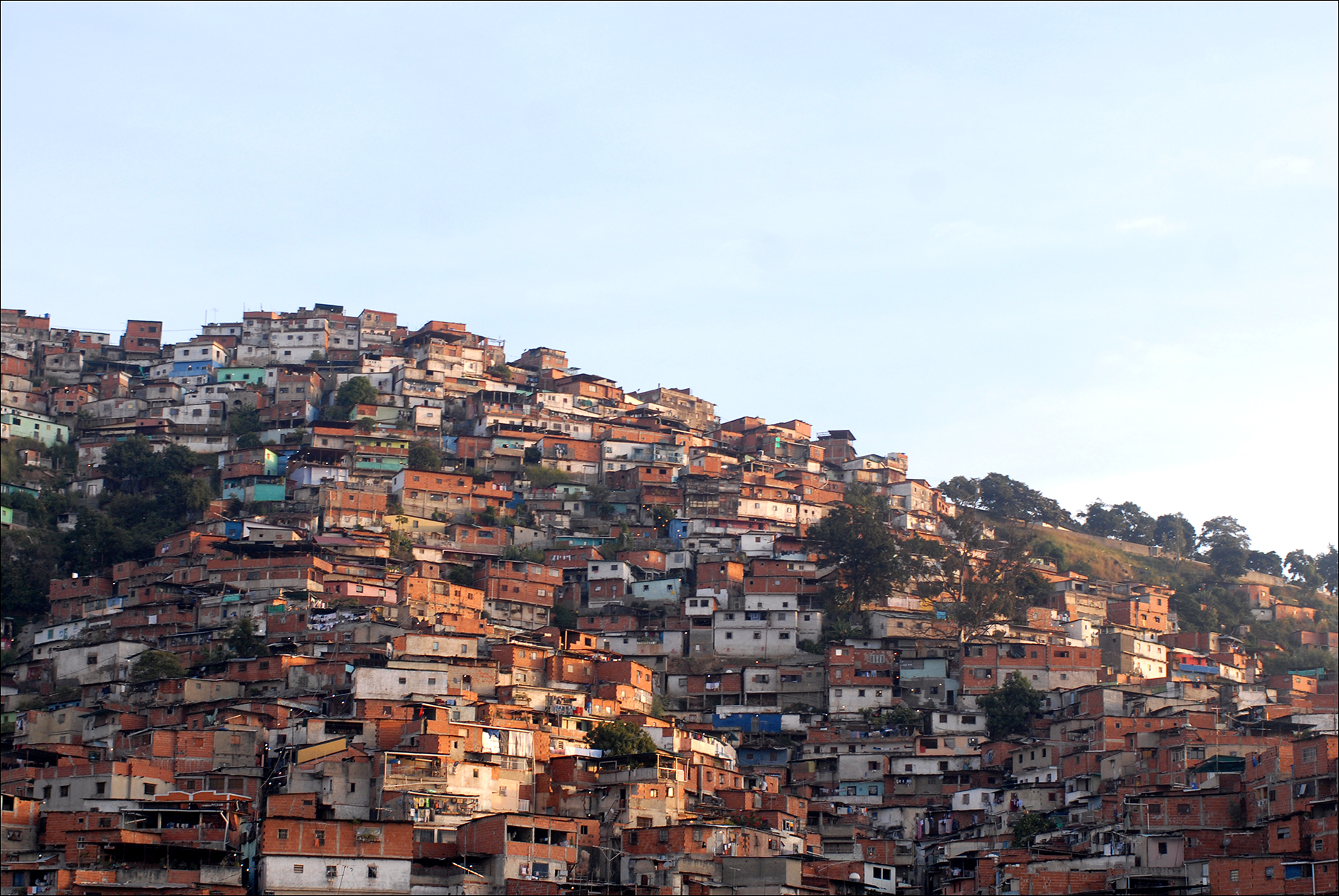 Dwellings jammed together on a hillside shantytown along the road from Caracas to Maiquetia. An increasing number of Venezuelans live in abject poverty. (Larry Luxner)

Since 2015, an estimated 4.6 million Venezuelans have fled to Colombia, Ecuador, Brazil and other countries; that’s about 16% of the population. By year’s end, the exodus is likely to surpass the 4.8 million people who have fled war-torn Syria since 2015, making the Venezuelan refugee crisis one of the largest in modern history.

“For the past 22 years, instead of going forward, we’ve gone backwards. In some respects, we Venezuelans are actually in the 19th century,” said the ambassador-in-waiting, who has yet to meet Guaidó. “It’s not only that the present regime destroyed many of our institutions, including the constitution that they themselves passed. Congressmen had immunity, but nevertheless they are in jail — and many of them have had to run away from the country.”

“Any commercial enterprise they touched was destroyed. New projects were started but never finished,” said the rabbi. “Imagine where we would have been by now, when oil was at its peak? Everybody goes forward except Venezuela.” 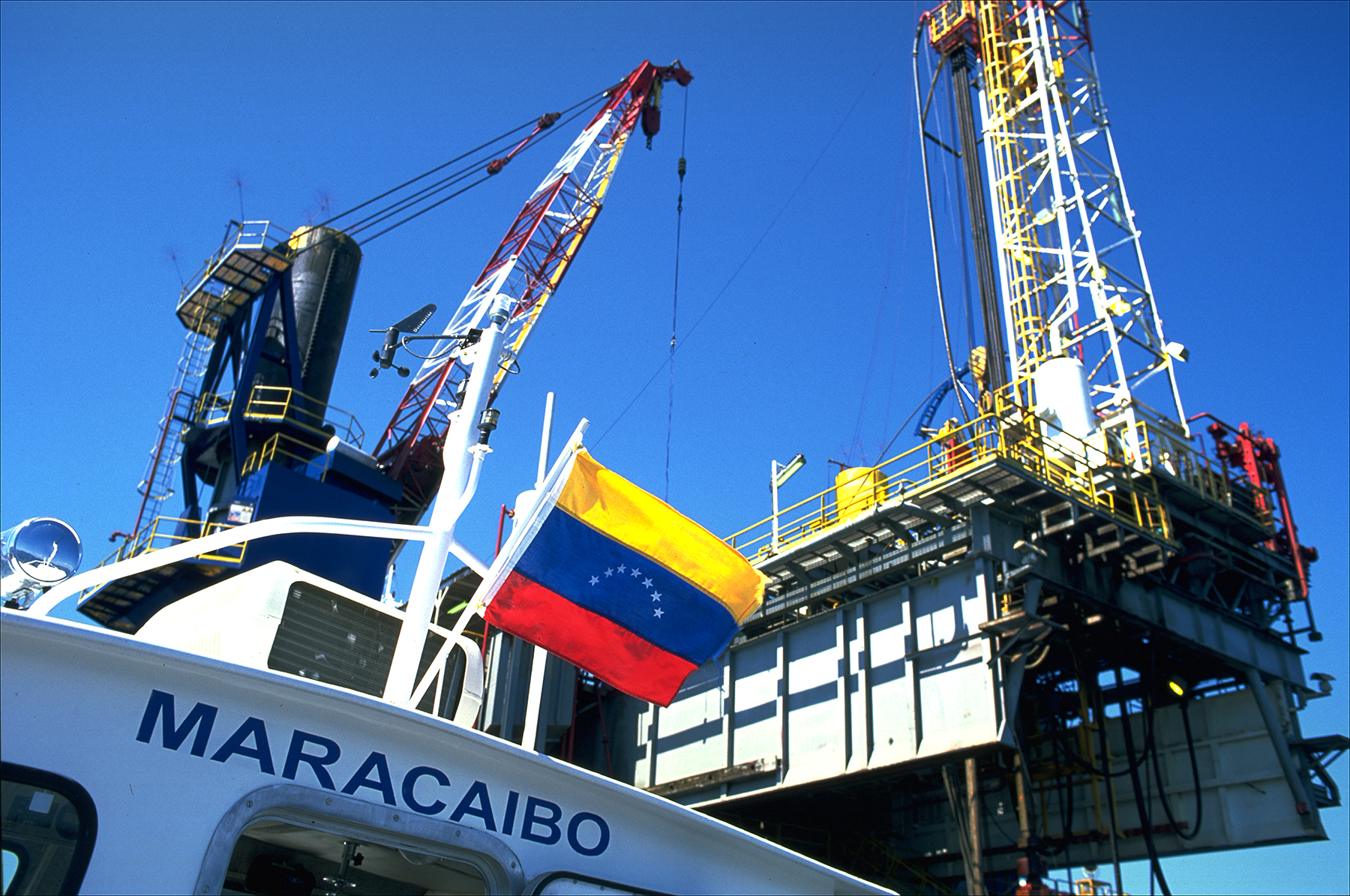 In fact, oil production is now less than a third of the total in 1998, when Chávez took power. According to the New York Times, Venezuela — crippled by low crude oil prices, U.S. sanctions and mismanagement of the state oil monopoly — now exports only one million barrels a day.

By contrast, the UAE — whose decision to establish ties with Israel was announced during Thursday’s webinar — exports 2.4 million barrels a day, and its economy, especially that of Dubai, is highly diversified, with booming tourism, real-estate, shipping, logistics and financial sectors.

While the UAE is hardly a democracy, its per-capita GDP came to $43,100 last year, compared to $16,000 for Venezuela in 2014 — the last year the regime even published such statistics.

“The people of Venezuela are basically democratic, freedom-loving people who have much in common with Israel — which is located in a region where you have only dictatorships or theocracies,” Brener said. “So it’s only natural for Venezuela and Israel to be close to each other because of our convictions, our love for freedom, and our respect for human rights.” 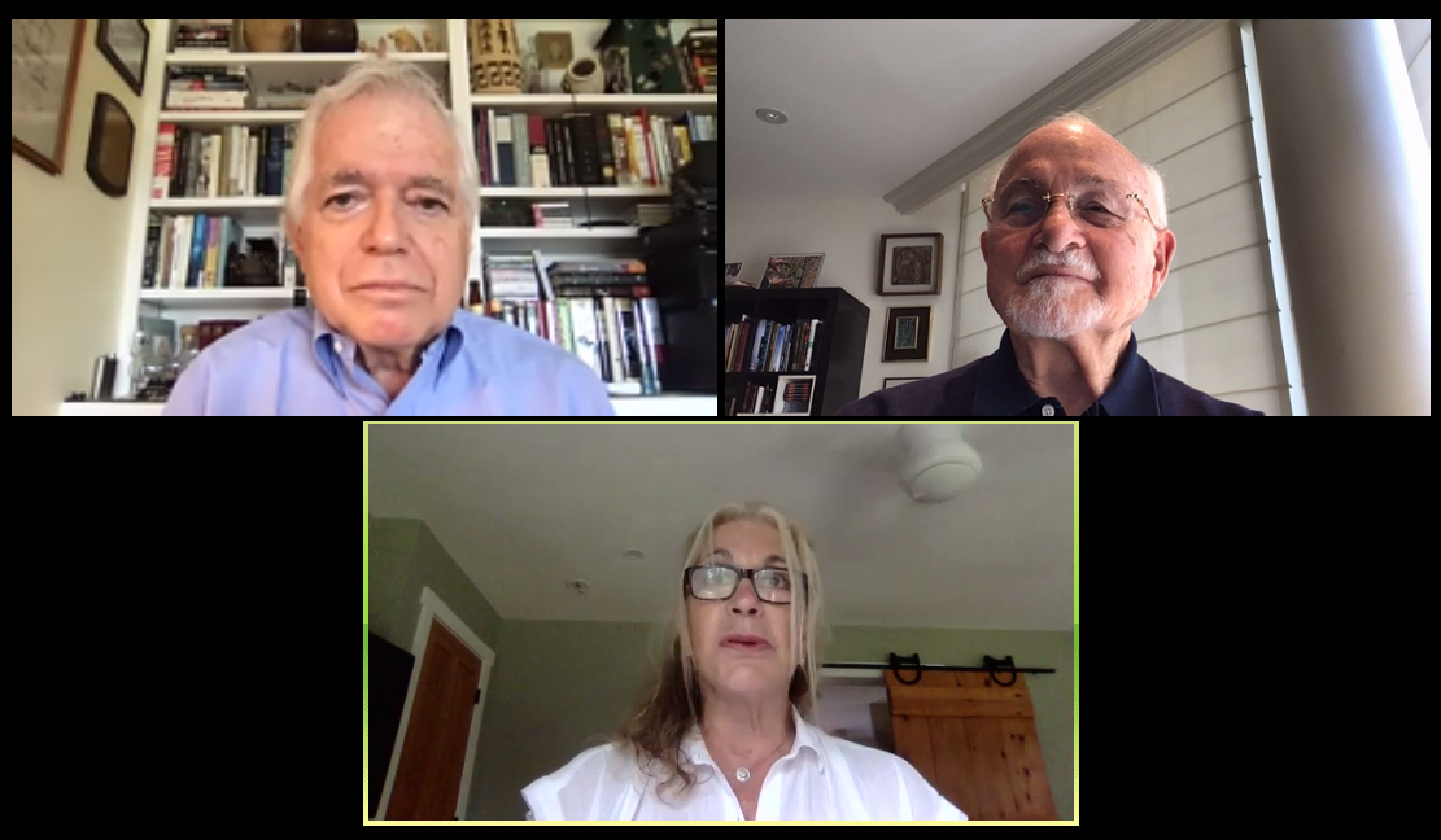 Brener also noted that Venezuela was among the first countries in the world to recognize Israel’s independence in May 1948. Bilateral ties were excellent until Chávez’s populist government came to power. In a fiery speech, Chávez condemned Israel for its 2006 invasion of Lebanon, calling it a new Holocaust” against Palestinians and Lebanese.

Three years later, he unilaterally broke off relations with Israel and gave the Israeli ambassador 72 hours to leave the country. The Maduro regime has also aligned itself with Iran; at one point there were direct flights between Caracas and Tehran, and both countries are believed to be aiding radical Islamic terrorist groups.

The latest reports from Washington indicate that the U.S. Justice Department has confiscated four Iranian fuel shipments bound for Venezuela, in the largest-ever seizure of its kind. The tankers, which were carrying 1.1 million barrels of fuel, reportedly were acting on orders of the Iranian Revolutionary Guard Corps, though Iran’s ambassador to Venezuela, Hoat Soltani, described the reports of today’s seizures as “false propaganda.” 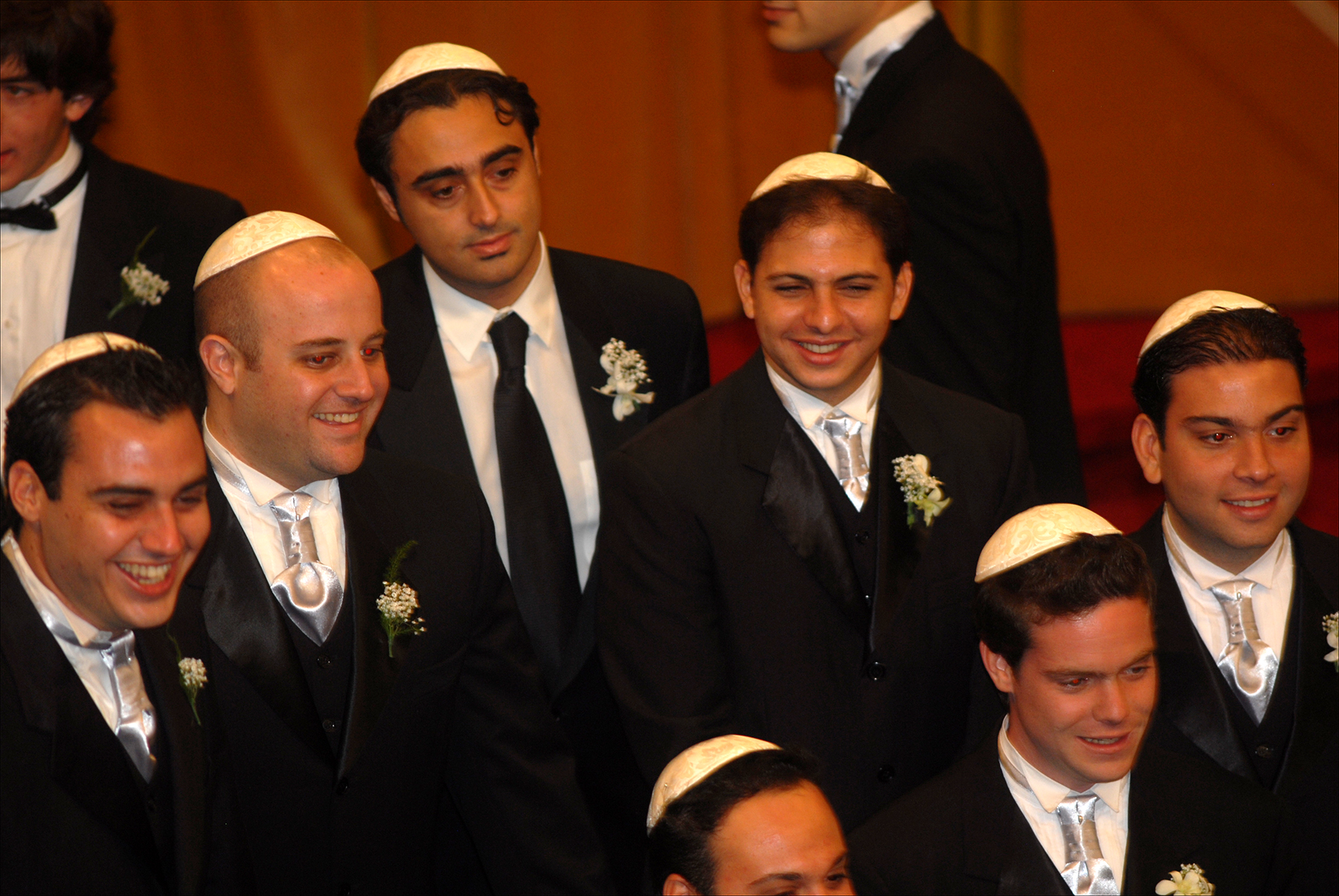 Despite the political tensions, said Brener, Venezuela’s few remaining Jews don’t suffer the level of hate crimes or violent attacks seen in Europe or even the United States.

“I don’t think there’s overt anti-semitism against the community, except for a few incidents,” he said. “Jews suffer like most of the middle class, because of the economic situation, the insecurity and the lack of electricity. I don’t know of anybody in the Jewish community who sympathizes with this government. But we never took a political position; we are too small.”

Brener says fewer than one-fourth of Venezuela’s previous Jewish community of 25,000 people still lives there. Some are engaged in business, while others are too old or infirm to leave, and still others cannot obtain U.S. visas or lack the financial means to move. Most of those who left have emigrated to the United States, with smaller numbers relocating to Panama, Mexico or other countries. Only about 12% have come to Israel, according to the Jewish Agency.

“This is not a normal dictatorship. One group has overtaken a country for their own personal benefit,” Brener said. “The country is rich, but oil is not going to play the same role in the future as it did in the past. There’s a little window of opportunity to still do something with oil. But the drug traffickers and foreign interests don’t permit them.” 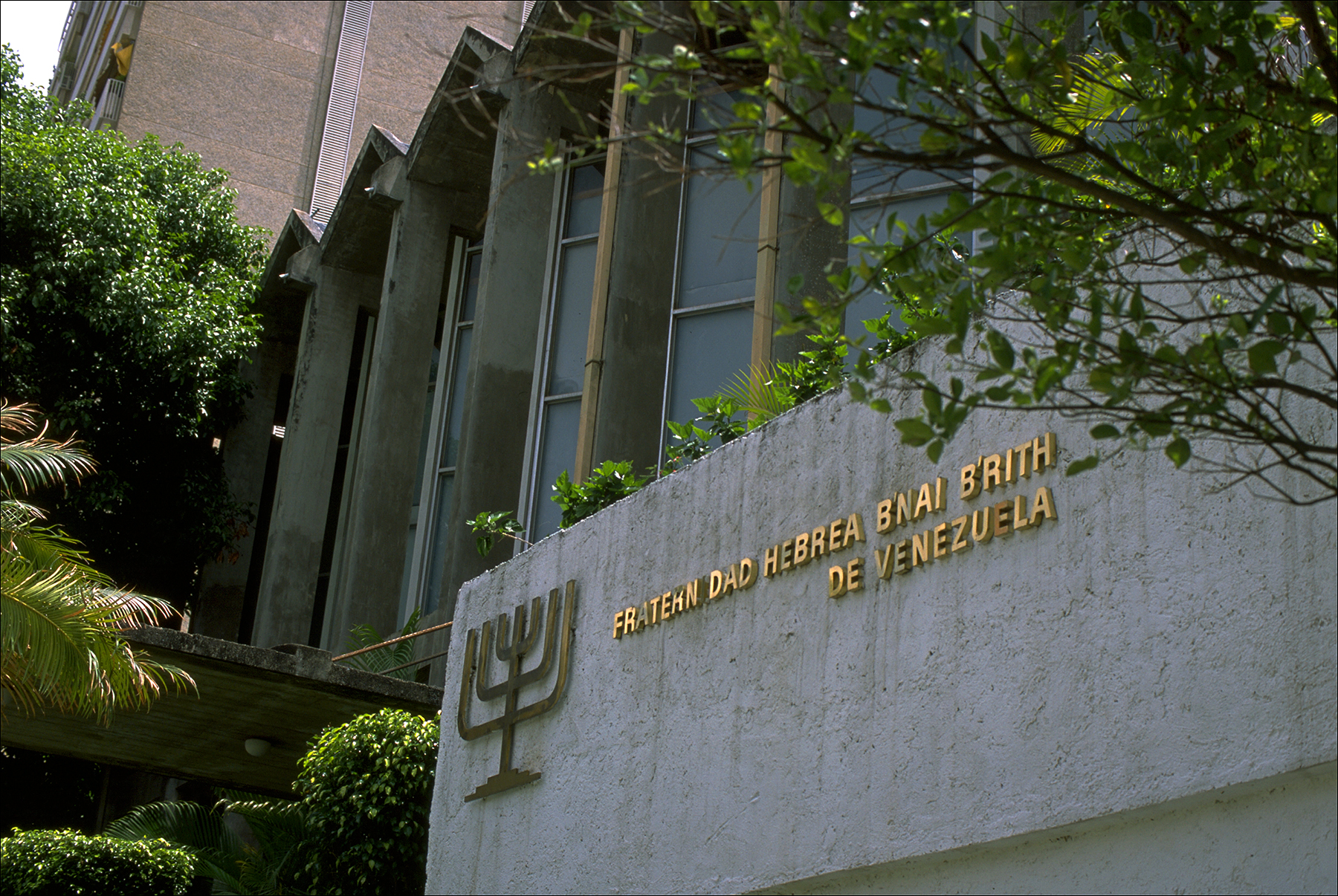 Caracas headquarters of B’nai B’rith Venezuela, one of many Jewish institutions in this once-thriving community. (Larry Luxner)

He added: “Venezuela is a failed state. You need somebody who’s an expert in fighting terrorism and bringing order to society, and Israel can do that.”

Michael Skol, a former U.S. ambassador in Caracas and moderator of Thursday’s panel, asked Brener what the Jewish state can do in the meantime to help Venezuela’s opposition.

“Like every country, you want to do many things, but there are priorities. Right now, the pandemic is the priority,” he replied. “Israel has to deal with the U.S, China and Russia. Venezuela is thousands of kilometers away. Hardly anything ever appears in the Israeli press about Venezuela. But if there were diplomatic relations, they’d feel obligated to do more.”

Brener’s counterpart in Washington is Carlos Vecchio, whom Guaidó last year appointed to represent his government as ambassador to the United States. But even Vecchio has admitted that the opposition initially played down Maduro’s ability to resist change. Brener agreed. 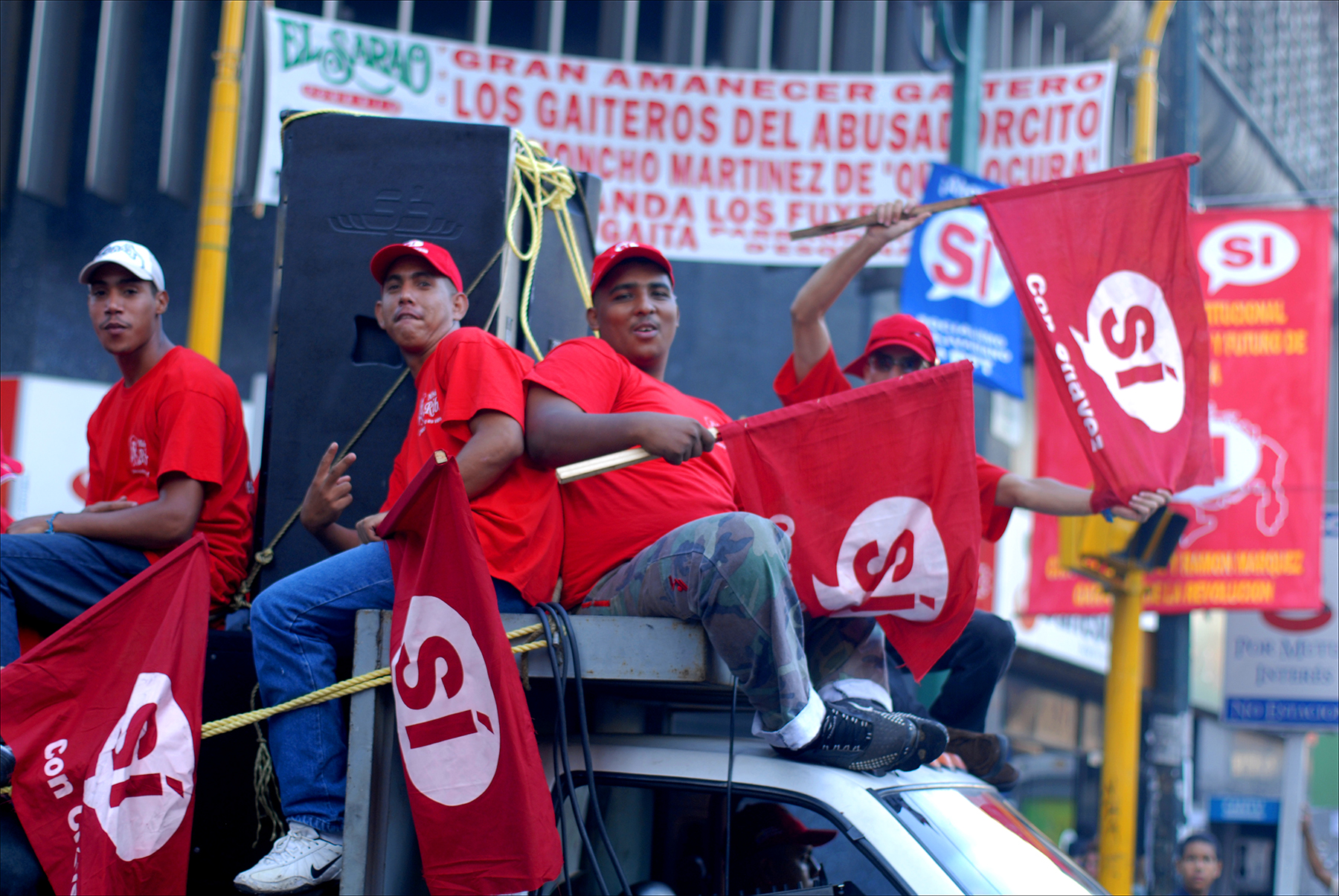 Enthusiastic young chavistas wave “Sí” flags from atop a pickup truck in Caracas during a December 2007 pro-government rally. (Larry Luxner)

“Those who call him a donkey are being ridiculous. Nobody gets to a position of power by being an idiot,” he said. “The worst thing you can do is underestimate the intelligence of your opponent. He’s obviously a very capable individual. I don’t think he ever went to a college in his life, yet he’s been able to stay in power for years. So be careful.”

While Brener was reluctant to criticize Guaidó, he also thinks the opposition could be doing more to consolidate popular support. “One thing is clear: President Guaidó should have a bigger base — not only with political parties but also with bishops, universities, workers, lawyers, engineers. All these groups should be working together to form national support for Guaidó’s government.”

But time is running out, he warned.

“People are dying of illness and hunger. What about the children that don’t receive proper nutrition in their early years? How will they grow up? Will they develop intellectually?  The consequences cannot even be measured right now. Every day that passes is a tremendous personal tragedy for so many Venezuelans. It won’t stop until there’s a change of regime.”