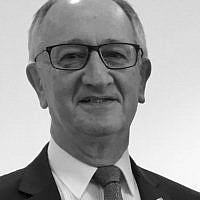 The Blogs
Alan Miller
Apply for a Blog
Please note that the posts on The Blogs are contributed by third parties. The opinions, facts and any media content in them are presented solely by the authors, and neither The Times of Israel nor its partners assume any responsibility for them. Please contact us in case of abuse. In case of abuse,
Report this post. 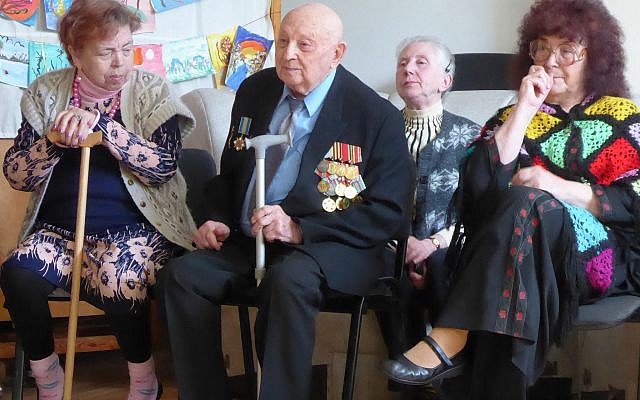 Meeting with proud survivors at Chesed in Kiev (Jewish News)

In May 2019, Alan Miller, his wife Edna and 19 members of B’nai B’rith UK, went to Ukraine to visit the charitable projects supported by BBUK for many years, learn about Ukraine’s history and rich Jewish culture and meet the people of a land that played such a large part in our Jewish heritage.

“We flew to Kiev and met Svetlana Levitas, the contact for our project to supply medicines to the clinic organised by B’nai B’rith in Kiev.

World Jewish Relief had helped considerably with our tour organisation and we visited “Evrodeom”, a Chesed project, including day centre, synagogue and sheltered housing for the elderly. It’s an amazing resource where we talked to those who’d lived and fought against Nazi rule during the Second World War, and those who later lived under the Soviets.

The visit to Babi Yar, the ravine on the edge of Kiev where 100,000 Jews were slaughtered, was a place for reflection and prayer, but the fact that the ravine has been filled in and is now used as a public park made it difficult to imagine the enormity and horror of the crimes. 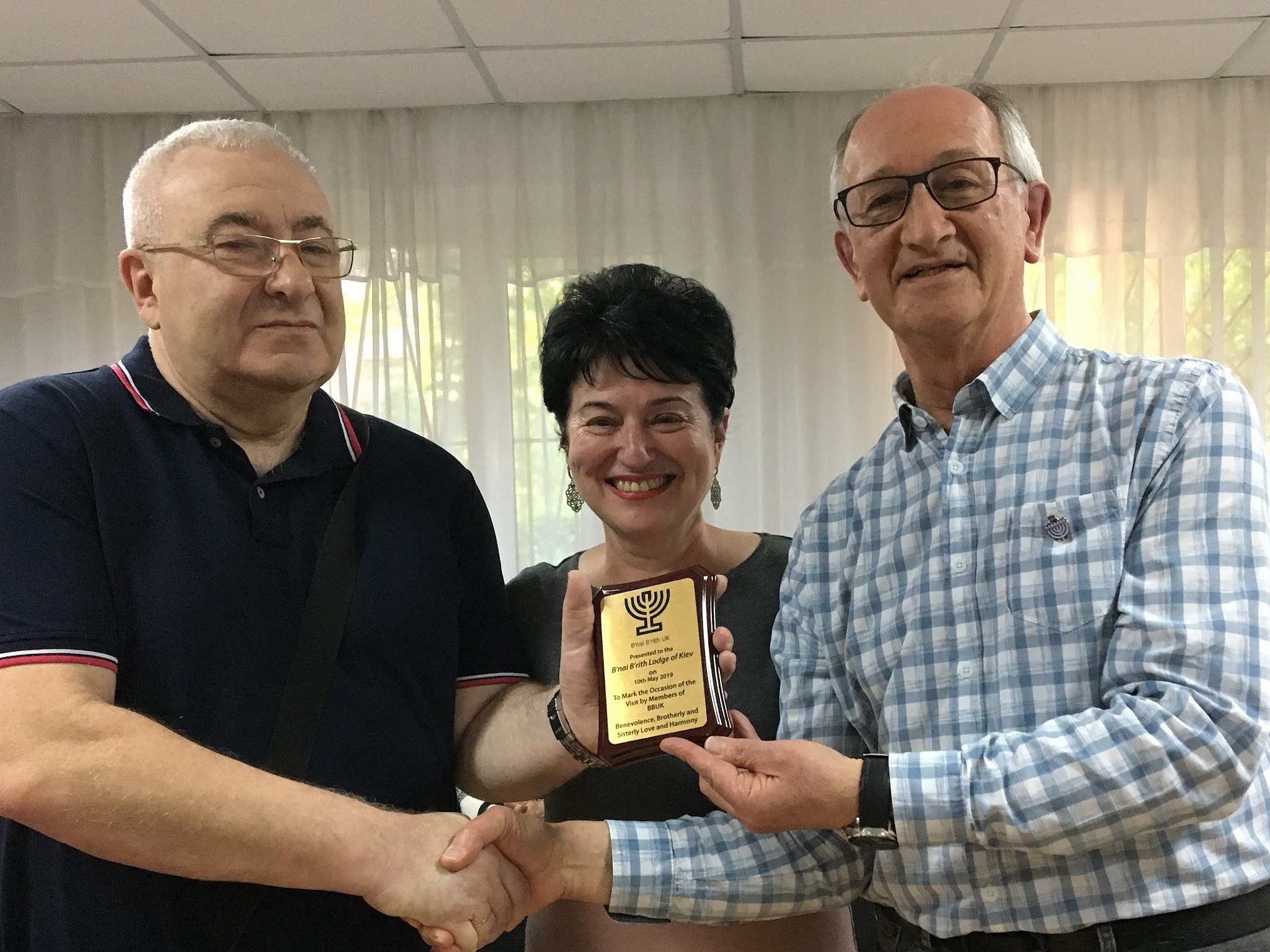 Our afternoon was spent meeting members of B’nai B’rith in Kiev. The President, Professor Felix Levitas, welcomed us and impressed upon us the importance of the provision of drugs to the clinic’s patients. 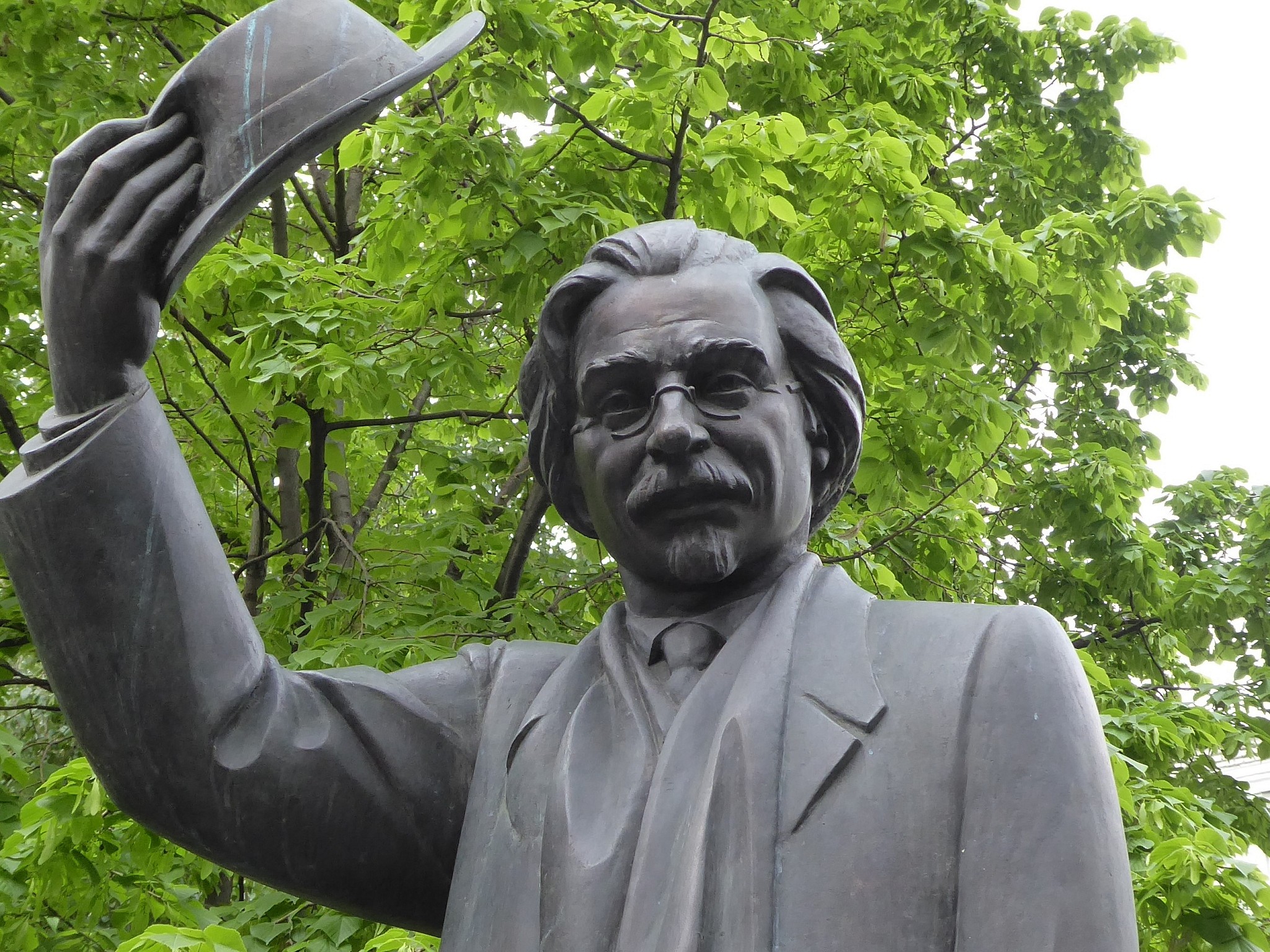 A welcome to Ukraine from Sholom Aleichem (Jewish News)

The truth is that in Ukraine, if you cannot afford the prescribed drugs you do without. One of their members, who’d suffered two heart attacks seven years ago, movingly thanked us for saving his life.

The project is only sponsored by BBUK and it would end if we stopped our support for the programme, with severe effects in a country where the life expectancy is 64 for a man 75 for a woman.

The following day in Kozyatyn we experienced the WJR “Warm Homes” project, visiting an elderly lady living on the fourth floor (no lifts) of an old Soviet apartment block where she is virtually stranded. It turned out that at 69 the “old lady” was younger than us, but we learned of the wonderful work being done for people in difficult circumstances. 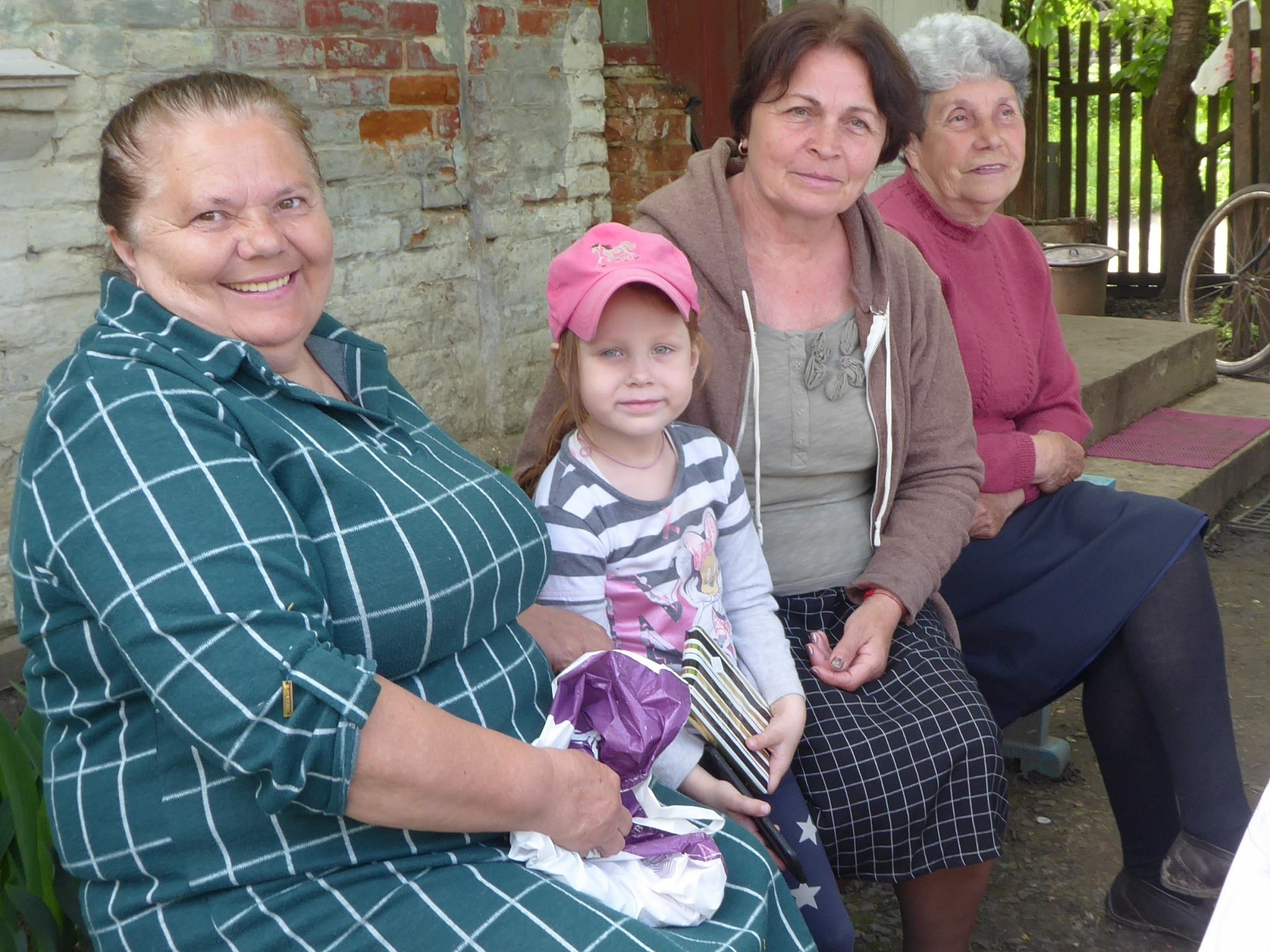 Our friends in Bratslov (Jewish News)

One of our most chilling and yet moving experiences was when we visited the town of Bratslov. We were taken to the most picturesque riverside and stood by the memorial to the 250 Jewish children who, one freezing February night in 1942, were marched naked from the orphanage and thrown into a hole made in the icy river. Those who did not initially die of shock from the freezing water were clubbed or shot by the Nazis and their Ukrainian police collaborators. Someone in the village saved one girl who had escaped the march and sheltered her throughout the war. Hearing about such a horrific crime in such peaceful and idyllic surroundings was more than upsetting for us all.

On Wednesday, we headed to Chernivitsi, a delightful town exhibiting the architectural influences of the Austro-Hungarian Empire. 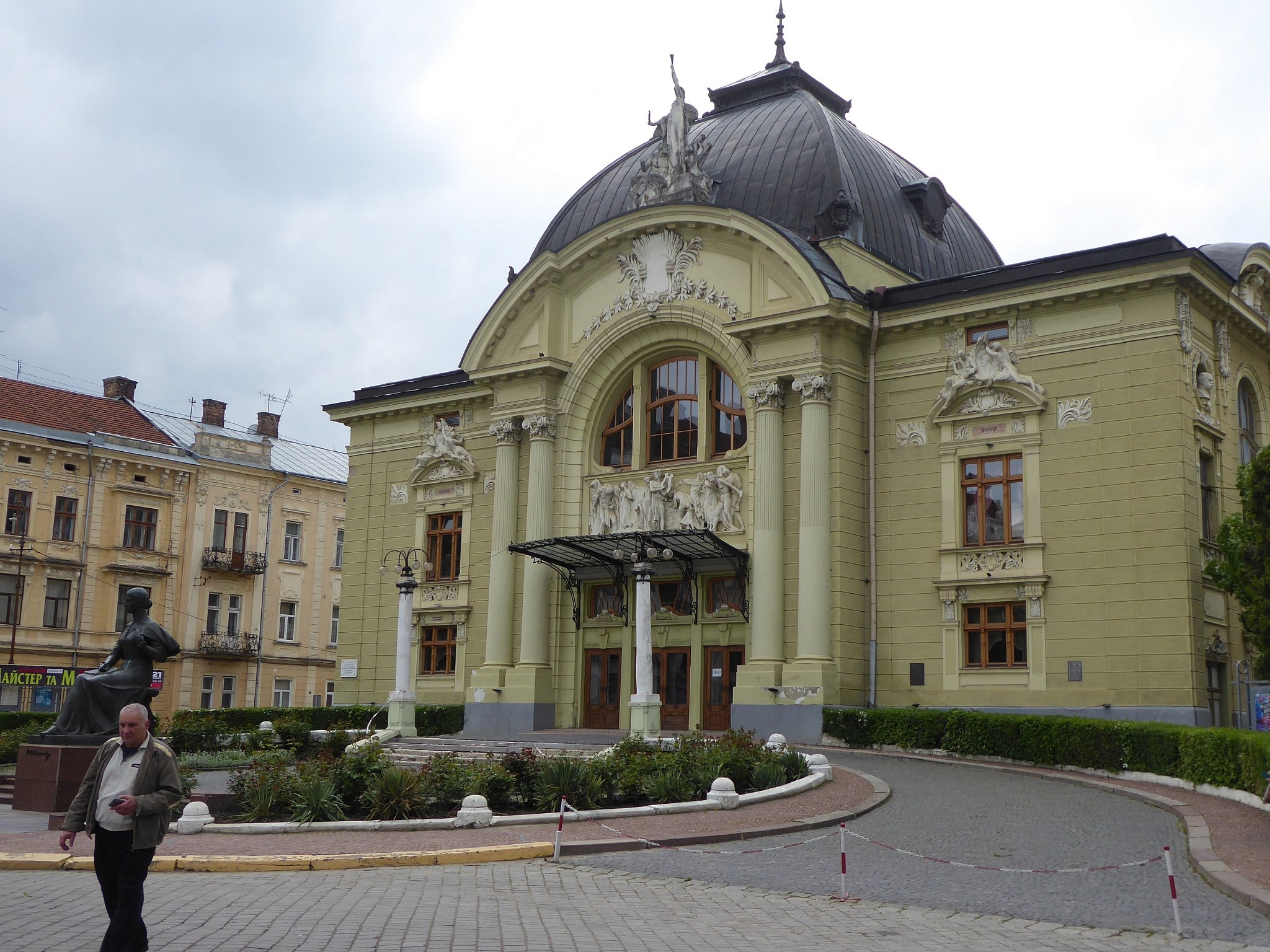 A highlight of this visit was the return of one of our members, Mary Green, born in Chernivitsi in 1940 and who, having lived in hiding with her parents for a year, was then taken to the Transnistria Concentration Camp, survived and then emigrated to the US in 1950. She later moved to England via Israel in the 1970s. This was her first return to the town of her birth and she presented the community with the book she had written about her life experiences. Visiting the Jewish Community Centre in Chernivitsi and talking to them gave us a real insight into the experience of living in the isolation of the former Soviet Union.