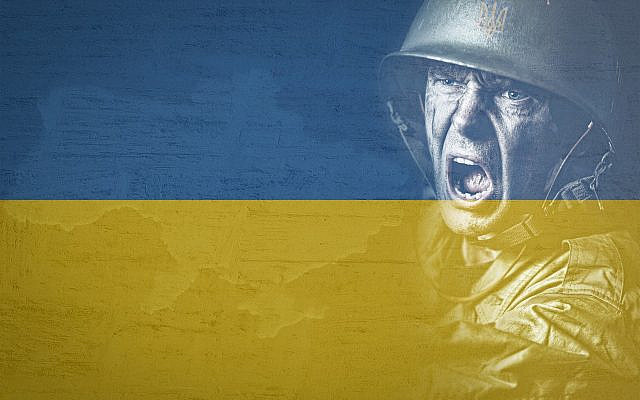 Timothy Snyder’s 2010 book Bloodlands provides a chilling picture of Russian and German murders between 1933, when Stalin starved over 3 million Ukrainian farmers and later executed another million people, and 1945, when Hitler essentially wiped out Eastern European Jewry, gassing or shooting 5.4 million Jews in these bloodlands, starving to death or executing 4 million Soviet war prisoners and Soviets, and killing over a million additional persons in these lands. The Bloodlands essentially consist of Eastern Poland, Belarus and most of the Ukraine. These countries were first invaded by Russia when it was allied with the Nazis, 1939-1941, then by the Germans when it invaded the Soviet Union in 1941, then once again by the Russians when they drove out the Germans in 1944-5.

Snyder’s estimate of 14 million dead includes only death camps, not concentration camps, except Auschwitz, which was both. The total loss from the War in the East, including the concentration camps, other forced labor victims, others driven out of their homes, and soldiers killed in war, runs probably tens of millions more.

One of the bloodlands is Ukraine, where Russians, the successors to the Soviets, are once again trying to exterminate an existing society through random violence. The parallels are indeed chilling.

At the end of the book Snyder asks what appears to be a horrible question: Namely, why do we only concentrate on the victims and not on the perpetrators, who presumably were human beings but got so twisted that they engaged in such awful acts? How can we learn to prevent these behaviors unless we penetrate the minds of those who remorselessly kill their fellow beings? He is referring not only to the Nazis themselves, but to the communist cadres who enforced the starvation of their fellow countrymen in 1933, the Ukrainians, Latvians and others who helped the Nazis after 1941, and even, to a lesser extent, the Jewish policemen who hoped to save themselves when they helped maintain order in the ghettos.

Essentially, Snyder concludes that the killers persuaded themselves that their victims were subhuman. They were kulaks hoarding food and undermining communism, Jews pursuing world domination, or, in the case of the collaborators, Jewish communists who were responsible for murders by the Russian secret police, the NKVD. Others simply went along with the murders in the hope of staying alive.

Why recount this now? As Faulkner said, referring to the South, “The past is never dead. It’s not even past.” We have the same justifications for murder being pursued in the Ukrainian bloodlands by Putin, a successor to Stalin. We have millions of people who should know better letting themselves be twisted by Russian lies about de-nazifying Ukraine or ridding it of biolabs. These lies are no different than Stalin’s lies about starving peasants hoarding food, or Hitler’s lies about the Jews. For Russian citizens, as for Germans in the 1930’s, it is oh so much more convenient to believe and follow these lies than act upon the truth.

Also sickening are those in the US so consumed by hatred of liberals and others that they too are willing to believe and act on these lies by parroting them on American mass media. They are looking to gain power, even if their true role models are such collaborationists as the Vichy regime of Marshall Petain, or even propagandists like Toyko Rose or Axis Sally who sought to undermine the morale of US troops in World War II.

Likewise, Donald Trump and his ilk keep lying about the 2020 election. They are no better than Putin; it is no surprise that Trump so loves Putin, whom Trump called a genius for attacking Ukraine. They cause people to twist their beliefs so that it becomes an act of courage or heroism to have attacked our capital on January 6, 2021, to prevent the installation of President Biden who won. Somehow, spurning the Constitution becomes defending it; insurrection against a freely elected government becomes admirable. And they lack even the excuse of being subject to the whims of a dictatorial regime — they exercise their freedoms to undermine them.

As Jews, we have a task, and that is to bear witness. If our civilization has a purpose, to borrow a term from Mordechai Kaplan, we must call out the lies, whether from Putin, the Chinese as to the Uighurs, or in the US as to the sanctity of elections. “Never again” does not just mean Jews; it is a commitment to call out killing resulting from lies wherever it occurs. So, we should join across the world to ensure that these lies cannot succeed. As we learned in the 30’s and 40’s, our security as a people depends on truth winning out. The Torah is a Torah of truth, and we must be a people of truth.