The Blogs
Shimon Samuels
Apply for a Blog
Please note that the posts on The Blogs are contributed by third parties. The opinions, facts and any media content in them are presented solely by the authors, and neither The Times of Israel nor its partners assume any responsibility for them. Please contact us in case of abuse. In case of abuse,
Report this post. 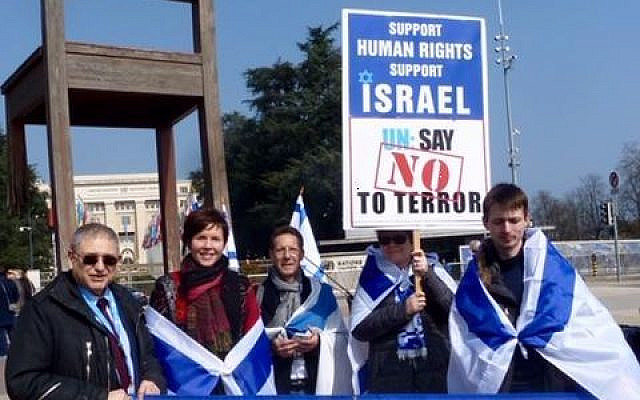 On 10 December 1948, the United Nations General Assembly adopted the Universal Declaration of Human Rights. Authored by French Jewish jurist, René Cassin, following the Holocaust and only months after the return to Jewish sovereignty, a new world seemed apparent, to be led by the UN Human Rights Commission in Geneva, to evermore condemn dictatorship, crimes against humanity, racism and, certainly, antisemitism.

Fast forward to 1975, the UN designates Zionism as a “Form of Racism.” Then on to September 2001, the UN Human Rights Commission sets the scene for the Durban World Conference Against Racism, the most venal antisemitic hatefest since the Holocaust. Canadian Human Rights activist and former Justice Minister, Irwin Cotler, declared that Durban was the ‘Mein Kampf’ to – eleven days later –  the Kristallnacht of 9/11.

I had been elected by the European Network Against Racism (ENAR) as the only Jewish member of the Durban International Steering Committee (ISC) I thus attended “PrepComs” in Geneva, Warsaw, Strasbourg and Santiago de Chile. In Geneva, I was virtually gagged. In the Santiago working group, the Palestian legal officer crept up behind me. She whispered in my ear: “Shimon, if you give us Palestine, we will give you the Holocaust”. A Dutchman across the table immortalized, in his photo, the horror in my face. On arriving in Durban, I was unceremoniously expelled.from the (ISC), to such epithets as go ” the World Jew”

Together with my colleague, Rabbi Abraham Cooper, we experienced a week of hell, lobbying friends, mostly from post-Communist Eastern Europe and Roma Gypsies. The United States and Israeli diplomats had decided to leave, as Jewish and Christian NGOs carried the fight.

In December, by some error, I was invited to the final meeting of the ISC at the UN in Geneva. Again, I was expelled, but only after obtaining a copy of the Durban 8 point implementation road map for the next decade, which included included boycott, flotillas, university activity, and focus on UN agencies etc… Indeed, the scene returned to UN Geneva (UNOG), where in 2006 the Human Rights Commission made a cosmetic change of name. Now it became the Human Rights Council, holding “Durban review” anniversaries while focussing on hatred against Israel.

What had long been a meeting each March, now became several sessions spread throughout the year, each including agenda Item 7 on Israeli human rights abuses in “the Syrian Golan”, “the Occupied Palestinian Territories and Occupied East Jerusalem”, Item 8 was devoted to human rights violations in the rest of the world, thus singling out Israel in the most abusive manner. In 2018, the United States left, followed by Israel. Both remain as UNOG Observers to serve the many other UN agencies based in Geneva. Once again, Jewish and Christian NGOs continue the battle – including the Simon Wiesenthal Centre, where we are Official Observers.

The negative votes start from the Arab/Muslim bloc – which includes many African states. This bloc braces its muscles using patronage in what is ‘a horse-trading  market’. Votes are suborned for Committee positions across the UN system. These immediate majorities can only be broken by silent anonymous ballots.

Israel also needs to demand a quid pro quo of its hi-tech and other trading partners, especially in Africa. Argentina, Bahamas, Chile, Mexico, Peru, Uruguay use the argument of GRULAC (Latin American and Caribbean Group) solidarity. Certainly, the Indian hostile stand for the gallery and even Philippine abstention after the plainloads of Israeli medical materials against the virus,is unconscionable. Both claim friendship for Israel good friends of Israel, but must show it at the ballot.

Despite the pandemic, the process will continue as the carousel continues to turn and the “Human Wrongs” Council automatically abuses Israel. The only consolation is that these automatic resolutions, though infuriating, are not binding.