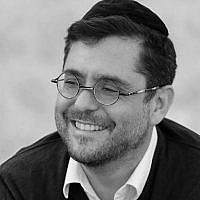 The Blogs
David Page
Israeli Attorney and US Lawyer
Apply for a Blog
Please note that the posts on The Blogs are contributed by third parties. The opinions, facts and any media content in them are presented solely by the authors, and neither The Times of Israel nor its partners assume any responsibility for them. Please contact us in case of abuse. In case of abuse,
Report this post. 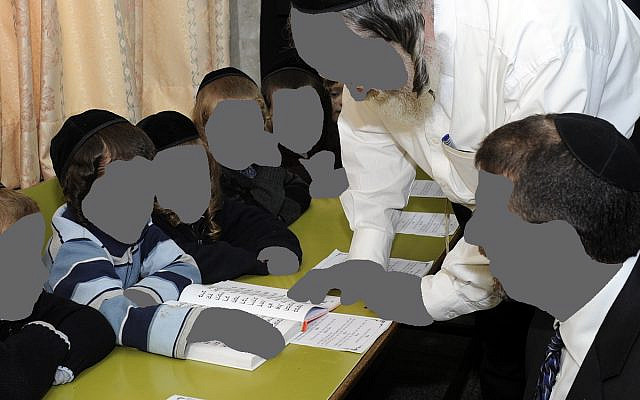 By its own Declaration of Independence, Israel was declared to be a “Jewish and democratic state.”  Yet based on its treatment of the Ultra-Orthodox Jews or Charedim, this Jewish and democratic state is in danger of becoming neither Jewish nor democratic.  In fact, rather than being the genuine foe of those attacking them, the Ultra-Orthodox are literally the canary in the coalmine for freedom and liberty in Israel. 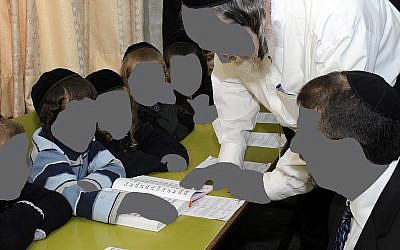 The case that certain anti-Charedi elements of Israeli politics and news media level against the Ultra-Orthodox is at first glance a superficially simple one.  In a nutshell, both those who attack the Ultra-Orthodox openly and covertly argue that Charedim do not “abide by the rules” of Israeli society.  Their favorite examples are: the Ultra-Orthodox do not usually serve in the armed forces; many Ultra-Orthodox men choose to learn Torah in an intense way rather than entering the broader workforce; and the birthrate of Charedi families is higher than that of non-Charedi families, creating “demographic pressures.”  These factors combined are portrayed as challenging the way of life of non-Charedi Israelis, who have to “carry the burden” of the Ultra-Orthodox.  These arguments are designed to do nothing more than fool the ignorant and distract us from the real problems plaguing Israel.  Moreover, these arguments reduce Charedim to what can only be described as an anti-Semitic-style caricature rather than reflecting the reality of who Ultra-Orthodox Jewish people are.

But why? To get to what the real backstory of all of this public vilification of Charedim is about, let’s start by briefly debunking this defamatory polemic.

The Ultra-Orthodox Are Not a Financial Burden

Let us dispose of the financial argument first.  Spoiler:  The financial argument is patently false.  Reason No. 1:  Even among families in which the male head of the family learns Torah, female heads of the family, their wives, usually work, often performing technically expert jobs as computer programmers, bankers, architects, entrepreneurs, and are known as focused, highly competent, and dedicated workers and employees.  Indeed, they often take substantial pay-cuts when compared to their non-Charedi counterparts because they are offered and demand less remuneration for doing the same job.  They are willing to do so simply because they are in general less materialistic and driven by the idealism of funding a life inspired by the Torah.  Reason No. 2:  The Ultra-Orthodox pay their taxes religiously as part of their payrolls, just as every Ultra-Orthodox purchaser of goods and services pays the 17 percent Israeli value-added tax, and thus they pay for public services that they disproportionately under-receive.  Reason No. 3:  None of the polemics against the Ultra-Orthodox mention the many successful male and female Charedi business people who pay taxes in the highest bracket, including Charedi billionaires (yes, we are talking about billions in dollars, rather than Shekels) or the increasing economic successes of the Ultra-Orthodox public, fueling a multi-billion-Shekel marketing and sales industry geared towards the Charedi consumer.  And finally, Reason No. 4:  The statistics thrown out by Israeli politicians for demagogic effect are quite simply patently and likely deliberately incorrect, as even non-religious responsible media outlets point out (see, for example the recent article in the business paper Globes).  They thus are using phony data that tends to exaggerate the economic “burden” of the Ultra-Orthodox.  Thus, penalizing “Torah learning” families so that they lose all daycare benefits for children is unfairly targeting those Israeli citizens, while at the same time the budget for the Arab Raam Party is to increase by over 50 times the total Charedi budget as a well-known part of the coalition deal.

The army service argument is equally a red-herring.  As the first Prime Minister of the State of Israel, David Ben Gurion emphasized, the Israeli army was designed to “culturize” soldiers into the non-religious culture of the “New Zionist Man,” in sharp contrast to the Diaspora Jew who led a life informed by Torah values.  The idea — as expressed very clearly in Ben Gurion’s writings and those of other anti-religious Zionist leaders — was to create a new, substitute Jewish identity based on the secularist Theodore Herzl’s vision set forth in his book The Jewish State of a Jewish culture that did not differ in any significant way from European nation-state culture.  This role of the army as a “deculturizer” and a “reculturizer” has remained.  There is not a single unit in the Israeli army today — including the so-called Nachal Charedi unit – that comports with Torah values and would comport with the life of an Ultra-Orthodox Torah-observant Jew.  Thus, when politicians or other commentators argue that Ultra-Orthodox Jews should be drafted into the army, they are seeking not army service but rather to expose the Ultra-Orthodox to a cultural institution that will pressure them — with all the tools of military command at its disposal — to relinquish their Charedi values and lifestyle.  That is the real goal.  Moreover, this argument pretends that there is only one noble way to idealistically sacrifice oneself for the Jewish people: army service.  One size does not fit all in this case.  Contrary to the polemic, the Israeli army is not in the main an army of combat soldiers (though of course these exist and should be honored).  The majority of army units are non-combat units consisting of musicians, units of computer-users, information-producing units, supply-chain units, mechanics, etc.  In that sense, the Ultra-Orthodox are themselves an independent “unit” in the defense of the Jewish people as well, and they usually fulfill their service with great self-sacrifice, as will be discussed below.  And of course there is the open secret that more people — and specifically Charedim — are not needed by the Israeli army itself.

The Ultra-Orthodox birthrate argument has zero content other than an irrational fear of “those people” having more children and somehow taking over.  This is reminiscent of the global cry of panic sounded by Paul Ehrlich, when he warned of a global “population bomb” after visiting the crowded Indian metropolis of Bombay.  Or of Malthus, the Nineteenth Century economist who heralded mass starvation if the population grew.  But these predictions did not come to pass, any more than the Egyptian Pharoh’s warning against the Jews taking over Egypt came to pass.  Instead, the vision of “their” birthrate as a threat is nothing more than demagoguery.

The Open Secret About Charedi Society – It Is Praiseworthy

The open secret of Charedi society — as anyone who has explored and experienced that society directly, openly, and honestly in even a limited way can attest — is that Charedim are, as a group and in the overwhelming majority, productive, law-abiding, and caring people.  Their crime rates are extremely low, their devotion to caring for children and elderly parents and grandparents is legendary, their dedication to improving their character and behavior is a way of life.  In every substantial Charedi community in Israel, there are literally hundreds of “Gemachim,” groups specializing in “acts of kindness” in every area, from transporting and caring for the sick, to providing mother’s milk, to helping to furnish apartments, to basic repair work, to invitations for Shabbat, to educating people (including non-religious people) about every aspect of the Torah, to providing electrical engineering assistance, to providing legal advice – the list is endless.  Perhaps most importantly, they serve the very key function of preserving the ancient wisdom and practice of the Torah itself, providing a wellspring of Judaism to nourish the Jewish aspect of the Jewish State.  Their generosity, their sacrifice of material goods and affluent lifestyles in favor of sober hard work, solid relationships between family members and communities, and dedication to living in Israel should be praised as heroic.  Instead, the Ultra-Orthodox are vilified.  That is not to say that “all Charedim” are worthy of praise, nor that every group of people who self-identify as Charedim are praiseworthy, there are bad apples in every group.  But just as we cannot generalize about the members of any group based on a few bad apples, so too a generalization from “bad apples” is not a legitimate argument when it comes to Charedim.

So Why All the Hatred of Ultra-Orthodox?

One of the interesting aspects of contemporary Israeli society is that Israeli society is becoming increasingly religious.  Many non-religious Israelis are exposed to the Torah-Judaism of the Charedim — whether in the Far East after their army service or in Israel itself — and discovering the deep spirituality and beauty of the Torah and the life it represents.  For those who do not want a Jewish and democratic state, but rather a “state in which Jews live,” a connection to the Jewish aspect of Israel is perceived as a personal threat.  Because if Jewish values exist — such as marrying a fellow Jew to preserve the Jewish people, or keeping Shabbat as an eternal testimony of the Jewish people, or devoting oneself to learning Torah – then a genuine Jewish state would exist, one imbued with the values of kindness, generosity, dedication, Divinity, and modesty that are the hallmarks of a life devoted to Torah.  For those who have the very opposite values — greed, meanness of spirit, laziness, aggressive and missionary godlessness, and immodesty — the Torah is an implacable threat simply because its values exist.  No one with genuine depth believes we all need to be the same, do the same, and look the same.  A free society is not free if freedom means “you have to be like me.”

About the Author
David Page is a US and Israeli attorney practicing law in Jerusalem. David is a graduate of Harvard University and the University of Chicago Law School, after which he went to study European law at the University of Paris and to clerk on the US Court of Appeals. David also has learned at the Mir Yeshiva, and has taught public health policy at the Faculty of Law of the Hebrew University of Jerusalem and published in the field. He served as regulatory counsel in an American Israeli high-tech company for more than a decade dealing with medical technology and has for the past half decade practiced law and risk management as principal of his own Jerusalem-based business and private law firm. His latest books are Rav Gustman (Mesorah Publications 2018) and a forthcoming book on wine and alcohol usage from the perspective of the Written and Oral Torah, Mystery of the Tree of Knowledge (2021). You can write David at david@davidpagelaw.com or visit him at www.davidpagelaw.com.
Related Topics
Related Posts
Comments
Advertisement