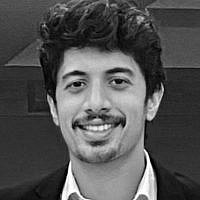 The Blogs
Adithya Anil Variath
Apply for a Blog
Advertisement
Please note that the posts on The Blogs are contributed by third parties. The opinions, facts and any media content in them are presented solely by the authors, and neither The Times of Israel nor its partners assume any responsibility for them. Please contact us in case of abuse. In case of abuse,
Report this post.

In today’s global governance discourse, the United Nations Convention on the Law of the Sea (UNCLOS) 1982 is perhaps one of the most pivotal global environmental law agreements. Popularly known as the ‘Constitution for the Ocean’, UNCLOS which provides a general normative framework for ocean governance has developed into a flexible institution that can adapt and evolve with changing ocean space and technological developments.

The year 2022 is special in this context as 2022 marks 40 years of this agreement. UNCLOS@40 also calls for an examination of how this global environmental governance agreement is responding to current environmental challenges. The two significant challenges for ocean governance of our time are climate change and the protection of the marine environment. Climate change also multiplies the impact of other challenges oceans are facing like preservation of biodiversity, habitat conservation, etc. 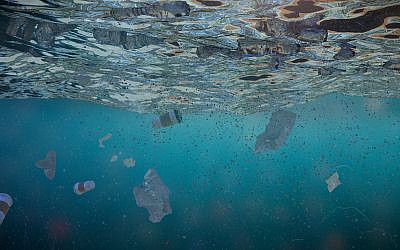 The 1982 UNCLOS aims to establish a legal order for the seas and oceans which will facilitate international communication, and will promote the peaceful uses of the seas and oceans, the equitable and efficient utilization of their resources, the conservation of their living resources, and the study, protection and preservation of the marine environment. UNCLOS also requires state parties to pursue the prevention, reduction and control of marine pollution. However, scholars have argued that despite the critical role that oceans play in climate regulation, climate law and the law of seas are developed as two separate regimes. There is a building consensus that UNCLOS should be strengthened and developed to mitigate the threats of climate change and marine pollution.

The International Court of Justice, in the Legality of the Threat or Use of Nuclear Weapons case, recognized that “the environment is not an abstraction but represents the living space, the quality of life and the very health of human beings, including generations unborn. The existence of the general obligation of States to ensure that activities within their jurisdiction and control respect the environment of other States or of areas beyond national control is now part of the corpus of international law relating to the environment.”

Marine pollution results from a variety of sources including land-based sources, oil spills, dumping, seabed activities, vessel-based activities, and hazardous substances. UNCLOS does not define ‘marine environment’, but Article 1(4) defines ‘pollution of the marine environment’ as “the introduction by man, directly or indirectly, of substances or energy into the marine environment, including estuaries, which results or is likely to result in such deleterious effects as harm to living resources and marine life, hazards to human health, a hindrance to marine activities, including fishing and other legitimate uses of the sea, impairment of quality for use of seawater and reduction of amenities.”

Two prominent threats that are undermining the effectiveness of UNCLOS are plastics pollution and the rise in sea level. The Sixth Assessment Report of the Intergovernmental Panel on Climate Change also warned the rise in global sea level is an irreversible change. The rise in global sea level also threatens the existence of Small Island Developing States. These issues are collectively calling for the re-formulation of baselines to delimit maritime boundaries. In the coming years, UNCLOS will also have to build consensus on the delimitation of the Exclusive Economic Zone. The biggest challenge for the UNCLOS regime is to bring different states’ interests in delineating the outer limits on a common platform.

Another major concern is the problem of marine plastic pollution. According to ICUN, “14 million tons of plastic end up in the ocean every year, and plastic makes up 80% of all marine debris found from surface waters to deep-sea sediments.” International Maritime Organization’s Marine Environment Protection Committee in 2021 adopted its strategy to address marine plastic litter from ships, which sets out the ambitions to reduce marine plastic litter generated from, and retrieved by, fishing vessels; reduce shipping’s contribution to marine plastic litter, and improve the effectiveness of port reception and facilities and treatment in reducing marine plastic litter.

In 2022, United Nations Environment Assembly (UNEA 5.2) in Nairobi unanimously approved a resolution titled ‘End Plastic Pollution: Towards a legally binding instrument’. The resolution aims to establish an Intergovernmental Negotiating Committee to develop a legally binding treaty on plastic pollution by 2024. The implementation of this policy would certainly be a very difficult task.

Any international regulations on marine plastic debris would also require the member states to agree on major drivers of biodiversity loss. However, considering the impact of plastics on marine biodiversity, mitigating plastic pollution requires an immediate response. In this regard, UNCLOS will have to strengthen its implementation under Article 207 to mitigate pollution from land-based sources. Articles of UNCLOS dealing with dumping, seabed activities and shipping pollution will have to be progressively interpreted to strengthen existing treaties and build proportional nexus to cover marine plastic pollution within its ambit.

UNCLOS@40 certainly calls for rethinking and restructuring the existing normative framework of oceans governance. The third world approaches of equity and equality in international law would certainly find space in the UNCLOS amendments. It has been argued that at the time of drafting UNCLOS, climate change was an unanticipated threat, but today climate change and marine pollution are reactive responses for the UNCLOS. The future of sustainable oceans will depend on how adroit is UNCLOS as an institution to attenuate the severity of climate change.

About the Author
Adithya A. Variath is the Coordinator of Centre for Research in Air and Space Law and Ph.D. candidate at Maharashtra National Law University Mumbai, India.
Related Topics
Related Posts
Comments