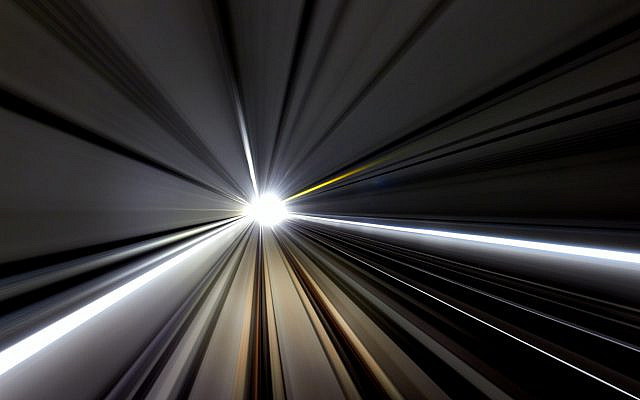 Photo by Mathew Schwartz on Unsplash

At the end of this week’s parsha, Lech Lecha, Abraham is circumcised, and we are introduced to the mitzvah of Bris Milah. Unlike Abraham, who was not circumcised until he was 99 years old, Jewish boys, as we know, are to have a bris on the eighth day after birth.

It is no coincidence that the lifecycle begins with an action that is so clearly and graphically connected to the concept of opening and uncovering. Birth itself is an act of incarnation, which literally means to infuse and contain something within a covering of flesh, and from this moment on, every aspect of life is part of the process of revealing what has been enclosed and enclothed inside the body. For this reason, we begin life with the removal of flesh in order to signify that this new being will be devoted throughout his time in this world to this sacred process of uncovering his inner essence, just as his forebears have been before him. Throughout his life, he will bear the sign of the covenant on his body, and in particular on his sexual organ, in order to remind him that it is not the world of the flesh that is most important, but rather what lies beneath it.

The term “milah/circumcision” is not employed in the Torah only in reference to the removal of the foreskin of the male reproductive organ. It is mentioned also to refer to a concept known as the “circumcision of the heart.” In Deuteronomy, God instructs Moses to command the nation: “U’maltem es arlas levavchem/You shall circumcise the foreskin of your heart” (Deuteronomy 10:16).

The Alter Rebbe takes this concept one step further. He explains that the Torah’s two references to the circumcision of the heart refer to two different stages of circumcision. In the physical circumcision of the male organ, there are two layers that must be removed. The first is the thick foreskin, and the second is a thin membrane that adheres to the glans. In both ritual circumcision and medical circumcision, both of these coverings are removed. In ritual circumcision, if the foreskin is excised but the membrane is left in tact, then the bris milah is not deemed kosher and the child is not considered to be circumcised. The Alter Rebbe relates these two physical layers to two stages in our spiritual development. First, we must eliminate the coarse and obvious impediments that hinder the expression of our Godly essence. Afterwards, we must seek and peel away the subtle blockages that garb and inhibit our soul like a thin and almost imperceptible membrane.

Significantly, the Alter Rebbe points out, the first reference to the circumcision of the heart states “You shall circumcise the foreskin of your heart,” while the second indicates that “the Lord, your God, will circumcise your heart.” From this distinction, he explains that our task is to work diligently throughout our lives to eradicate the thick foreskin, i.e. the daily challenges that suppress our spiritual growth and expression; when we do so, Hashem will then respond to our efforts at self-refinement by assisting us in dissolving the more subtle forces which are difficult for us to perceive and uproot.

It is important to note that the circumcision of the heart is as applicable to females as it is to males. If so, then why is it that females do not require the physical act of bris milah? This is not because they lack the male reproductive organ, but on the contrary – the fact that they do not have a male organ is because they are not in need of physical circumcision. The male is more directed to the external, physical, and superficial – this is reflected by his sexual organ which protrudes from his body and extends to the outside. The female is born with a greater connection to the interior and less susceptibility to becoming mired in the coarseness of the material world around her. Her sexual organ is within her, and through the intimate union, she draws even the male externality inward.

Because of their inherent natures, the male is in need of circumcision and the female is not. Nevertheless, the coarseness of our world affects even the more spiritually attuned female. Although she does not require the bris milah at the outset of her life in this world, she is charged with the circumcision of the heart, and she, too, will spend her life working to peel back the layers of concealment that cover the face of God within her.