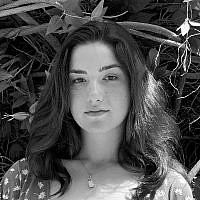 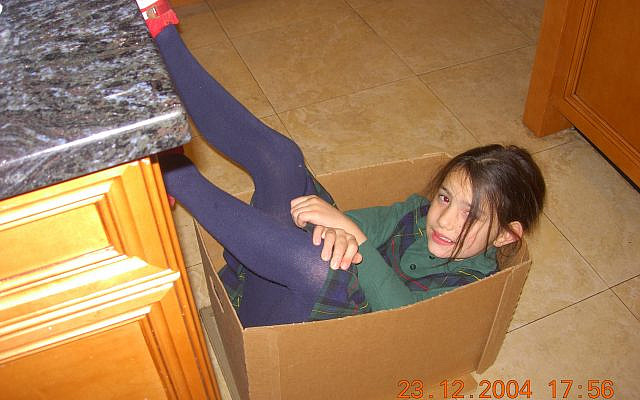 Whispers. Maybe it all started with Channah. The foundation of Amida. Maybe it all started with the Kohen Hagadol. Judging her silent tefillah. Kisheira. Kisara. Deemed drunk, worthless, demarked, when Hashem labeled her holy. Maybe, whispers are all we know now. Whispers in the mikveh. Whispers in the classroom. A thousand breathes blowing malice. “Did you hear about her brother?” “Is her father in jail?” “Did she start wearing pants?” “Her husband left her?!” Whispers enough to topple a small town shteeble and turn it into a shul.

I was thirteen when the Rav asked to see me. My hand folded on my pleated green skirt, my eyes staring into those I trusted, the long red beard, and as he looked at me thoughtfully he said, “isn’t your brother worried that because he’s gay you won’t ever get married.” He wasn’t, because he never listened to the whispers, and I hadn’t yet realized just how powerful they really were. Small amounts of energy that crackled. I carried the words like a lightning rod, and its psak grounded me to earth.

I’ve debated a long time whether to write an article about my shul. My town. But, at the backlash to, “My Unorthodox Life,” on the heels of Tisha Baav, I think the Jewish world needs to remember that they turn Jewish women into a pair of Louboutins. One scratch. One cut. One lack of the conspicuous red slash across its hide and we are demarked. Worthless. We’re nicked. Stuck in the back of the closet and forgotten.

Ironically, the whispers never hurt the men. Orthodox Judaism becomes their armor. Those who wear the black hat. The gartel. Who leave. Who stay. Who hit. Who hear, “no,” and turn it into, “yes.” The first time I was called a whore I was sixteen. I was a youth group leader at my shul. Boys jokingly asked me to join them in the dark closet. Made a group chat called “group leaders and NOT Golda,” the sexual comments were relentless, and the consequences were nonexistent.

While boys learned new sexist slurs from under the brim of their black hats, I stared at my Adidas sneakers as we were instructed to close our eyes and imagine our husbands, what cookies we were baking, and how many children were around the table. The class was called, “Jewish Family Life,” and it was mandatory for all senior girls in my High School. While our brother school only a few miles away exclusively offered unlimited APs and a trip to Model UN, our principal watched us bow at modiim. If our skirts no longer covered our knees when we straightened, we were given one that came to our tennis shoes. An act for G-d, a tefillah to make us holy, adopted from Channah turned into whispers as we tripped up the stairs in borrowed maxi skirts. Worthless. Demarked.

Stories about women who leave the Orthodox Jewish community are not antisemitic. They’re not vilifying Jews, and they’re certainly not hateful. Instead of scorning these women who beat impossible odds, remove the hurdles that caused them to trip on the way.  Julia Haart’s story is just that, her story. When I was a freshman at Columbia Engineering I struggled immensely with thermodynamics. While my fellow classmates learned AP Physics in their High School, mine only taught the boys that subject. I felt out of my depth, struggled to understand the teacher, and the familiar pangs of worthlessness and shame drowned me. However, I refused to tread the same waters as my Orthodox education, I met with a school tutor once a week, read the textbook on chag, found online textbooks and work problems, and spent sleepless nights attempting and successfully landing on the higher end of the class bell curve. Becoming successful isn’t just unlearning worthlessness, but requires diligence, fortitude, and a lot of faith. Why are girls worried they are a whore before they even kiss a boy? Why does a modern orthodox high school take a day off of studies to show seventeen-year-olds an infographic of how slutty they are based on skirt length? Why isn’t sexual education taught? Life skills? Manners? Why don’t men suffer consequences for their actions? The year I quit my shul youth group because of its sexually hostile working environment, I would receive anonymous phone calls from boys in a religious school in Far Rockaway. They’d call me a whore, and hang up. I never even showed my collarbone.  Why do women shoulder their burden? The whispers? Why do our mechitzas topple to accommodate their room?

About the Author
I grew up as a Bais Yaakov girl in the Five Towns before I transitioned into a modern-orthodox teenager at Stella K. Abraham High School for Girls. Now, at Columbia University, I write as a Jew who wishes to express problems the collective Jewish world should address.
Related Topics
Related Posts
Comments
Advertisement