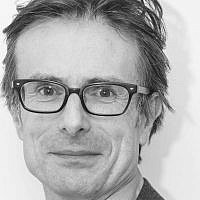 The Blogs
Robert Peston
Apply for a Blog
Please note that the posts on The Blogs are contributed by third parties. The opinions, facts and any media content in them are presented solely by the authors, and neither The Times of Israel nor its partners assume any responsibility for them. Please contact us in case of abuse. In case of abuse,
Report this post. 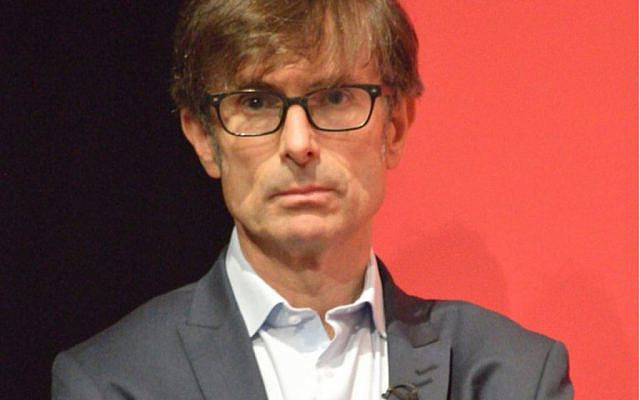 Growing up in the 1960s and 1970s, I was frightened of the wicked stepmother in Disney’s Snow White, Daleks and Hitler.

Although I was born long after the Second World War, it and the Holocaust were huge parts of my shared consciousness.

Hitler represented a personal threat, because every member of my immediate and extended family was Jewish.

Only some of us were religious. I define myself as a secular and cultural Jew (some of my happiest memories are of my mum’s latkes and grandma’s smoked salmon bagels, of spilling the Palwin wine at Passover and of a strong sense of pride and identification when reading Isaac Bashevis Singer as a teen).

But my agnosticism was irrelevant.

I, and many of us in north London, were aware that – to an important extent – what made us Jews was not whether we chose to be Jewish. It was that Hitler would have made that identification for us, and tried to exterminate us, no matter how assimilated we felt.

This was not just history. It was our family’s memory. Shortly before my adored grandpa Joe Cohen died in his 90s, he wept as he told me of the siblings he left behind in Poland when he came to London’s East End as a small child. He never saw them again. They were wiped out by the Nazis.

So it has frightened me to meet educated, tolerant and kind people who have so little knowledge of the Holocaust or hold deep misconceptions. Few have any sense how a society that prided itself as a model of modern civilisation could become genocidal.

Most see 1930s Germany as a place so remote as to be largely irrelevant. That is dangerously wrong. Antisemitism is, in a profound sense, an assault on all of us.

In our era of politics fuelled by identity and, too often, by hatred of difference, understanding the Holocaust is not just for Jews but everyone.