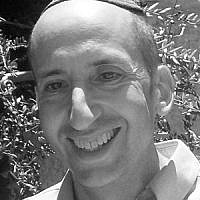 The brutal murder of 16 year old Mohamed Abu Khdeir has led to considerable grief and shame in Israeli society. Unfortunately, one aspect of the way in which many Israelis reacted to the outrage is symptomatic of a widespread and fundamentally flawed attitude which must be overcome if we are to pursue real peace.

Large numbers of Jews, upon hearing the news of the murder, began harboring the wish that the perpetrators turn out to be Arabs. Here are three examples, as expressed by well-meaning bloggers.

“So many of us hoped and prayed that Jews had played no part in this so that we would not have to confront the devastating reality that some of our own could have committed this crime.”

“I hit refresh on every website and news station looking for a story that told me what I yearned to read – not what I feared to believe; that his murderers were one of ‘them’ and not ‘us’ – that this was done because of family feuds or some warped sense of honor.”

But how can it be okay for Arabs to murder innocent Arabs? True, it is a very frequent occurrence. Not just inter-family feuds or intra-family “honor” murders, but also anti-Shiite murders and anti-Sunni murders. Sunnis murdered by Sunnis in Libya, and Palestinians murdered by Palestinians in Gaza. Tens of thousands of civilians have been killed in the Syrian civil war. Over a hundred thousand civilians have been killed in Iraq.

But the fact that something is widespread does not mean we have to accept it. Rape and child abuse are very common throughout the world. Should we learn to live with these phenomena? Disregard for the environment is rampant. Should we embrace it?

Our religious tradition teaches that all people are created in G-d’s image and are required to follow basic moral laws. One of these laws is not to murder fellow humans. The shedding of innocent blood is also prohibited by international law. If we fail to demand basic moral behavior from people because they are Arabs or Muslims, we are dehumanizing them in the truest sense of the word. Is this the kind of self-image we want?

The dehumanization of Arabs is more common than we’d like to admit, informing attitudes on various ends of the political and religious spectrum. It is manifest when educators or parents propagate the idea that “murder is part of the Arab DNA.” It is manifest when we turn a blind eye to the glorification of unrepentant murderers by the Palestinian Authority. And it is manifest when we say: “My only concern is to end the occupation. Once we leave, let them kill each other all they want.”

About the Author
Reuven Resnick is rabbi of the Russian-speaking Yachad-Machanayim Congregation in Bat Yam. He is a founder of the Vayigash Movement, which is advancing a true peace process in the Middle East.
Related Topics
Related Posts
Comments