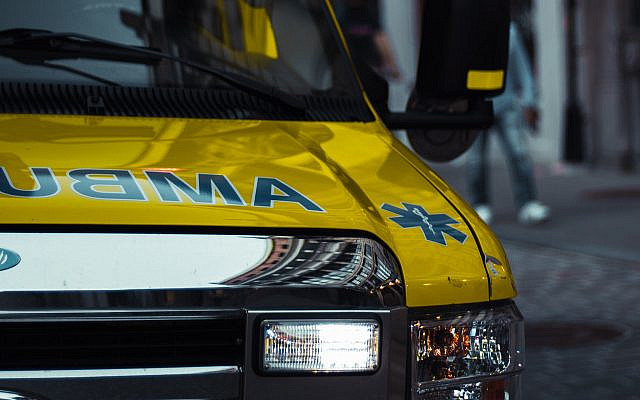 An ambulance (Photo by Maxime Doré on Unsplash)

So at the end of the month we’re going to dispense with all the covid regulations. It’s been a difficult couple of years and we’ve become used to unusual situations. One has been the comforting roar of an ambulance claxon as paramedics hurry to help those in distress. In London we have an excellent ambulance service.

There are 450 emergency ambulances in London, working out of 25 local operational areas and they have, thankfully, been highly effective. We tend to take their organisation for granted as just part of the NHS but did you ever wonder who invented ambulances?

Certainly they didn’t exist before Queen Victoria’s Golden Jubilee. If you read the NHS websites you won’t be any the wiser because the NHS takes all the credit for the ambiance service and doesn’t deserve it. They even have a museum for old ambulances, but the websites don’t mention the name of their true founder; the man who created the Hospital Street Ambulance Association in 1889.

As Shakespeare summed it up with his usual facility “The evil that men do lives after them, The good is oft interred with their bones.”

So who was the benefactor? You won’t have heard of Henri Louis Bischoffsheim, (1829-1911) a Jewish Dutch banker. He  came to London in 1849 to work with his uncle at the family bank of Bischoffsheim and Goldschmidt. The Goldschmidts were from Frankfurt and the two families intermarried on a number of occasions. Henri Louis retired at 45, having made a fortune, though some of the money he raised for foreign governments left the investors out of pocket after his firm had taken their commission.

Bischoffsheim and Goldschmidt had a bank in Belgium but opened an office in London in 1857. They were, in fact, involved in a number of questionable flotations but at the end of the day they were highly profitable. They also founded the French Paribas bank in 1872.

Henri Louis Bischoffsheim was a philanthropist. He was appalled by the conditions of the poor in the East End. Among any number of shortcomings there were no ambulances in those earlier Victorian times. If you were ill, how you got to hospital was your business. A great many died untreated in poverty, and diseases like tuberculosis took a dreadful toll. .

Bischoffsheim started the association and donated no less than 62 ambulances in his lifetime; by the time he died the Association had 400. They have hardly more today. He wasn’t concerned with training ambulance staff, but relied on the St. Johns Ambulance Brigade to do that. Their history stretched back to helping crusaders in Jerusalem in the 11th century.

Henri Louis wanted ambulance stations throughout the metropolis where the transport would be freely available. His wife was an able partner; she created Norwood and among the other charities who benefited from the family’s largesse was the Imperial Cancer Research Association who were given £120,000 which in today’s money is about £3 million. He also gave £100,000 to charity to mark his Golden Wedding. When he died he left £1.6 million which. in today’s money is about £100 million.

After he died the Association was known as the Bischoffsheim Street Ambulance Association of London, but that name didn’t survive for long.

Henri Louis is in the National Portrait Gallery but he has certainly been written out of the NHS websites. Since philanthropists are to be encouraged this is bad PR, but more relevant is that the good should not be interred with their bones.