The Blogs
Barack Mandela
Apply for a Blog
Please note that the posts on The Blogs are contributed by third parties. The opinions, facts and any media content in them are presented solely by the authors, and neither The Times of Israel nor its partners assume any responsibility for them. Please contact us in case of abuse. In case of abuse,
Report this post. 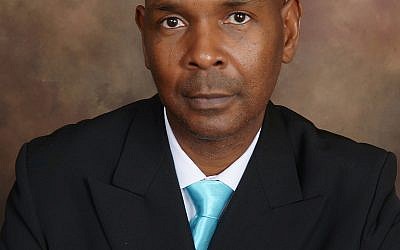 Barack Mandela, an American attorney, has created a unique plan to combat the novel coronavirus.

As a citizen of the United States, it is an honor for me to officially present this coronavirus plan. We must work together to combat the novel coronavirus.

The United States Virtual Government Coronavirus Plan (USVGCP) is formulated to facilitate the conduct of government during the coronavirus pandemic. The author of the plan recommends that this plan be adopted as soon as possible by the highest levels of government.

The outbreak and spread of the novel coronavirus present public health challenges for the federal government, state governments, and local governments. The implementation of this plan will ensure efficient governing of our nation during this national emergency.

US GOVERNMENT-ISSUED RESPIRATORS, MASKS, AND GLOVES

“MILITARIZATION” OF THE CORONAVIRIUS RESPONSE TO PREVENT LAWLESSNESS AND SOCIAL BREAKDOWN

Since 2020 is a “census year” i.e. the United States is officially counting its citizens; the federal government must launch a “virtual” or “online” census or postpone the 2020 Census.

The outbreak and spread of the novel coronavirus present challenges to the governance of the United States at the federal, state, and local levels. The government must engage in a “paradigm shift” by shifting our citizens and residents towards utilization of a “virtual government”. From voting to paying taxes, all citizens and all residents should be encouraged to utilize internet, online, web, and virtual services. The United States government should quickly evolve into a virtual government.

This plan is based upon my experience and education as an attorney, former United States Army veteran, and former aide to the governor of California.