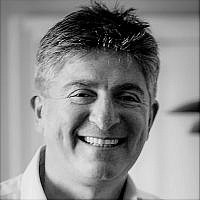 The Blogs
Richard Anton
Apply for a Blog
Advertisement
Please note that the posts on The Blogs are contributed by third parties. The opinions, facts and any media content in them are presented solely by the authors, and neither The Times of Israel nor its partners assume any responsibility for them. Please contact us in case of abuse. In case of abuse,
Report this post.

In recent weeks I’ve had the privilege to visit four of the world’s leading universities: Cambridge, Oxford, Stanford and Tel Aviv University. Listening to a Tel Aviv University academic discuss cognitive science breakthroughs, I realised that despite their reputation as pillars of academic excellence, these universities were sometimes taken for granted in the conversation about entrepreneurship. But the combination is natural: universities play a huge role in the creation of outstanding startups.

Tech journalist Danny Crichton notes that a university’s mission is not just to teach, but also to “develop the frontiers of human knowledge.” Universities rely on having the most cutting-edge research to define their status and influence. These research labs are hotbeds of innovation – and when this high standard of R&D is combined with commercial nous, we have a recipe for startup success.

I myself have had the privilege to back technologies that have originated in three of these four world-class institutions. I have invested in Autonomy, now a part of Micro Focus, which originated in Cambridge; Secerno, exited to Oracle and conceived of in Oxford; and ForeScout, still private but a wildly successful world-leader in cybersecurity, borne of Tel Aviv University. I have seen first-hand from these companies how bleeding edge technology and great entrepreneurs can best teach us to create world class companies.

ForeScout is a prime example of this blueprint’s success. The company’s original groundbreaking solution was invented in Tel Aviv University by ‘technology guru’ of the university’s network, Oded Comay (still ForeScout’s CTO more than 15 years on). Comay joined information security expert Doron Shikmoni, and TAU professor – and experienced entrepreneur – Hezy Yeshurun. ForeScout’s cofounders typify the brilliant, curious, innovative people who make both amazing academics and entrepreneurs. It is no surprise that the revolutionary Raspberry Pi was founded in Cambridge University’s research labs, and even Google was a Stanford research project, to name just two more examples of this. The proof is in the pudding – and the tech industry’s financiers are noticing.

Jeremy Coller, Chief Investment Officer of leading private equity firm Coller Capital, has founded the Coller Institute of Venture at Tel Aviv University with the aim of becoming the leading business school for venture globally – and building links with academics is key to their strategy. Interestingly, Tel Aviv University is the only university outside of the US in the global ‘Top 10’ list of universities that produce companies backed by VC. The team at the Institute of Venture believe that building connections between scholars, investors, entrepreneurs and policymakers is key to bolstering the venture capital ecosystem, accelerating the speed of innovation (and its real-world value), and improving quality of life worldwide.

This is an exciting prospect, as I’ve seen myself. By uniting the cutting-edge knowledge of world-leading universities with entrepreneurship, we are certainly moving in the right direction. Now if you’ll excuse me, I’m off to the research labs to see what the world’s greatest minds are building next!

About the Author
Richard Anton is an experienced private equity professional with more than 20 years' experience in investing in technology companies. A former partner at Amadaeus, he launched his growth capital investment firm, Oxx, in January 2017, focusing on technology in Britain, the Nordics and Israel.
Related Topics
Related Posts
Comments 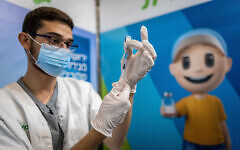