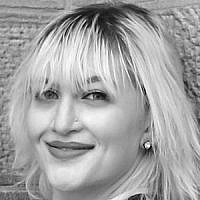 The Blogs
Dana Segall
Apply for a Blog
Advertisement
Please note that the posts on The Blogs are contributed by third parties. The opinions, facts and any media content in them are presented solely by the authors, and neither The Times of Israel nor its partners assume any responsibility for them. Please contact us in case of abuse. In case of abuse,
Report this post.

On April 4 2018, the Student Representative Council (SRC) of the University of Sydney voted to pass the motion ‘We Must Against Against Antisemitism’, the first of its kind in the university’s history.

The motion was drafted by the Australasian Union of Jewish Students, and moved in the Council by Unity, a Labour-Right national student faction active on campuses across Australia.

The motion committed the SRC to condemning Antisemitism in all its forms as defined by the globally recognised International Holocaust Remembrance Alliance (IHRA). This is the working definition of Antisemitism used by both Australian and International Jewish representative bodies. Moreover, the IHRA is an international intergovernmental body to which Australia is an observer country.

The motion also committed the SRC to working with the Australasian Union of Jewish Students (AUJS) as the peak representative body for Jewish students on campuses in Australia and New Zealand, to ensure that SRC activist spaces, events and protests are inclusive and welcoming of Jewish voices and perspectives.

The motion follows the passing of a similar motion at Australia’s National Union of Students National Conference in December 2017, and at the University of Melbourne’s Student Union in March 2018. Moreover, the motion was drafted in response to statistics published by the Executive Council of Australian Jewry, which has found a 9.5 per cent rise in reported antisemitic incidents and significant increases in antisemitic activity on university campuses across Australia.

When the motion was moved in the council meeting however, councillors from two left-wing student factions expressed opposition to the motion, and moved that the motion be amended to include a stipulation to clarify that criticism of the State of Israel should not be considered antisemitic. These objections were voiced by Grassroots, a left-leaning progressive national political faction active in universities across Australia, as well as by the Socialist Alternative, a radical far-left faction.

In response, AUJS representatives assured the objecting councillors that the IHRA definition of Antisemitism clearly states that “criticism of Israel similar to that levelled against any other country cannot be regarded as antisemitic”, therefore rendering their suggestion to amend the motion unnecessary.

Councillors from the National Labour Students (Labour-Left) and Unity (Labour-Right) factions voiced their opposition to the attempt to amend the motion, arguing that the Grassroots and Socialist Alternative factions would never subject any other minority group to such close scrutiny, and acknowledged that the IHRA definition of Antisemitism allowed for broad criticism of the State of Israel. A councillor from the Moderate Liberal (Centre-Right) faction further argued that the best way the SRC could show support and stand in solidarity with Jewish students on campus would be to simply pass the motion, unamended.

Representatives from AUJS further argued that the Jewish community is a historically oppressed minority group, and like all minority groups, has the right to define the ways in which its members experience their own discrimination and oppression. They articulated their desire to simply be afforded the same fundamental right of self-definition that is afforded to all other minority groups in Australia, and objected to Grassroots and Socialist Alternative councillors’ attempt to harangue Jewish students by insisting that Jews are wrong in how they experience Antisemitism. The IHRA definition of Antisemitism represents the consensus of the mainstream Jewish community, and AUJS councillors advised that any attempt to amend the definition should be considered a violation of the acceptable norms in how minority groups are typically treated and respected.

The attempt to amend the motion by Grassroots and Socialist Alternative was voted down by the National Labour Students, Unity, Moderate Liberal and Liberal councillors. When the motion as a whole came to a vote, two councillors from the Grassroots/Socialist Alternative bloc walked out of the room in objection. Those councillors from the objecting bloc who did remain in the room chose to abstain from voting. All other factions voted in favour of the motion, thus successfully passing the first ever motion condemning Antisemitism at the University of Sydney’s SRC.

Moreover, the objections that the Jewish community faced from Grassroots and Socialist Alternative councillors over a motion to condemn Antisemitism were perplexing given these factions’ left wing, progressive political mandate to champion the rights of minority groups in Australia.

The motion to ‘Stand in Solidarity with Gaza’ ultimately passed through the council, with Grassroots, Socialist Alternative, and National Labour Students councillors all voting in favour. The motion committed the SRC to supporting the right of return for Palestinian refugees, standing in solidarity with the Palestinian struggle for self-determination, condemning Israel for the electricity crisis in Gaza, and condemning Israel for the blockade on Gaza.

About the Author
Dana Segall was recently awarded a Bachelor of International Relations from the University of Sydney with Highest Distinction, and will be pursuing her Master's in Political Science at the Hebrew University of Jerusalem.
Related Topics
Related Posts
Comments