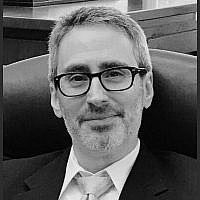 The Blogs
Dan Kaskel
Apply for a Blog
Advertisement
Please note that the posts on The Blogs are contributed by third parties. The opinions, facts and any media content in them are presented solely by the authors, and neither The Times of Israel nor its partners assume any responsibility for them. Please contact us in case of abuse. In case of abuse,
Report this post. 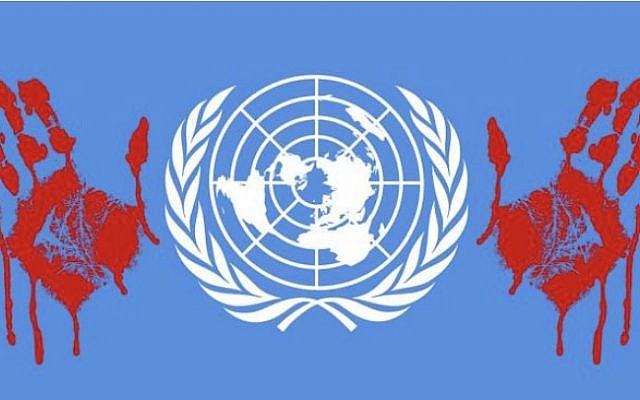 On December 6, 2018, the UN failed to approve a resolution condemning Hamas. This email was sent to every UN representative who voted against the resolution or abstained

Amiad should be a name forever etched in your memory.

On December 6, 2018 you were given an opportunity to condemn Hamas, an indisputable, irrefutable terrorist organization.  Your failure to approve a resolution condemning violence and rocket attacks, a resolution that called for respect of human rights and humanitarian law, cannot be justified or defended.  Your endorsing evil over good, horror over virtue, inhumanity over decency underscores the absence of the smallest measure of morality in your decision.  The credibility of the United Nations has degenerated beyond recognition.  Shame on you.

Hamas’s kidnappings, murders and rocket attacks against civilians have been condemned by multiple nations, the EU and groups such as Human Rights Watch.  If your country, your family were the victims of perpetual terror, would you have been as dismissive?  Or does the fact the victims of Hamas are largely Israeli Jews give Hamas license to carry out attacks with the tacit approval from the UN?

Hamas is the Palestinian arm of the notorious Muslim Brotherhood, the latter of which is banned in several countries including Egypt, Saudi Arabia, Syria and the UAE.  Hamas’s charter includes antisemitic and anti-Israel platforms.  Their stated goal is a single, Islamic state, “over every inch of Palestine.”

On September 25, 2018 former Hamas member Mosab Hassan Yousef spoke before the UN Human Rights Council in Geneva.  You are on notice of his first-hand account and condemnation of Hamas and the P.A. (If you voted against the resolution, you know who Mr. Yousef is, and of his autobiography Son of Hamas, wherein he reveals the true revulsion that is Hamas.)

On Thursday, December 6, 2018, you rejected or abstained from the US sponsored resolution condemning Hamas.  The vote was 87 in favor, 57 against and 33 abstentions.  I have copied the majority, the 87 Ambassadors who voted in favor of the resolution both thank them and join with them in the disappointment by those who value peace, freedom, safety and humanity.

In 1945 the world came together in San Francisco, California and formed the UN:

To save succeeding generations from the scourge of war, which twice in our lifetime has brought untold sorrow to mankind, to reaffirm faith in fundamental human rights, in the dignity and worth of the human person, in the equal rights of men and women and of nations large and small, and to practice tolerance and live together in peace with one another as good neighbors.

Article 1, Chapter 1 of the N.N. Charter provides that the purpose of the UN is:

To maintain international peace and security, and to that end: to take effective collective measures for the prevention and removal of threats to the peace, and for the suppression of acts of aggression or other breaches of the peace, and to bring about by peaceful means, and in conformity with the principles of justice and international law, adjustment or settlement of international disputes or situations which might lead to a breach of the peace.

Have you read your own charter? It’s online! The foregoing is merely a portion of the preamble and the very first article of the UN Charter, yet you failed to honor the purpose for which you are a member of the UN, among them, to help keep Amiad safe.

On Sunday, December 9, 2018, three days after you handed Hamas a pass, a member of Hamas drove to a bus stop in the Israeli town of Ofra, sprayed bullets at civilians waiting for a bus, injuring six.  Among the injured was 21-year-old Shira Ish-Ran, 30 weeks pregnant.  An emergency C-section was performed. Her baby boy died three days later on Wednesday, December 12, 2018. Shira and her husband Amichai named the baby Amiad. Shira and Amichai were in the hospital recovering from their wounds on December 9th and missed Amiad’s funeral. In Hebrew, Amiad means “my nation is eternal.”

During Shira’s first press conference, she did not spew hatred, but rather thanked those who helped her. She said “the terrorists can shoot us, stab us, run us over, throw stones at us, kill us, kill out baby, but they will never break the nation of Israel.”

When December 6th’s session was over, and you returned to your home, relaxing in your comfortable diplomatic accommodations, contemplating the various agenda items, did you feel a sense of pride and accomplishment in rejecting or abstaining from this reasonable, humane resolution?  If your child or grandchild asks you what you did on December 6th as a delegate to the UN to make the world more secure and peaceful, how do you answer?

Israel will remain strong and unshakable.  Our nation is eternal.

About the Author
Dan Kaskel has resided in Boca Raton, Florida since 1999. He is an active member of the South Florida Jewish community where he is Vice President of the Boca Raton Synagogue. He is a partner in a mid-size law firm and serves on several Jewish and law related boards. In 2020 Dan was a candidate for the 38th World Zionist Congress on the Herut slate.
Related Topics
Related Posts
Comments