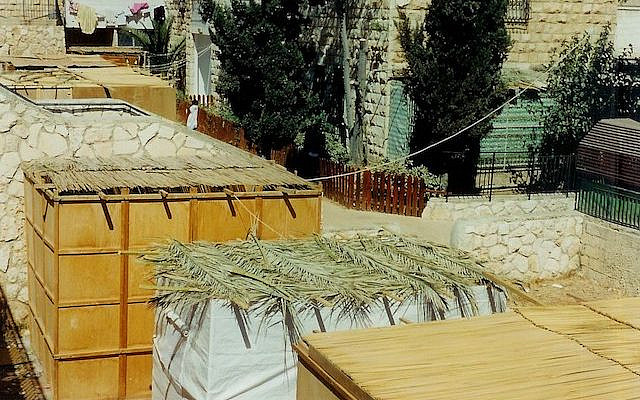 Sukkot is in essence the anti-climax climax. I mean, after Yom Kippur, the culmination of five weeks of saying we are “sorry”, and being in suspense during 25 hours of fasting as to whether we will be inscribed in the Book of Life or not — and then the relief of eventually being inscribed, how can anything immediately after that reach the peaks of release and spiritual emancipation we have just felt?

Whereas Rosh Hashanah and Yom Kippur have an essence of the spiritual, Sukkot’s essence is more historical, or of creating a legacy (some would say myth). We are told that the Festival of Sukkot is to commemorate the 40 years the Israelites spent wandering in the Wilderness after leaving Egypt, until we came to the Land of Israel. And the sukkah is a reminder of the temporary dwellings used to protect the wanderers from the elements.

We are told that the wandering for 40 years was a choice, in a way — that it was possible to reach the Land of Israel earlier, but that the Children of Israel were not yet ready. That, there was a method in this delay, so that a new generation could emerge, a generation that had not experienced slavery and upon whom reflexive submissiveness had no hold. Those years were essential in tempering the resolve of a people, and annealing them for the necessary battles to be fought to reclaim the Promised Land. And that they not be daunted by the prospect of entering the unknown. 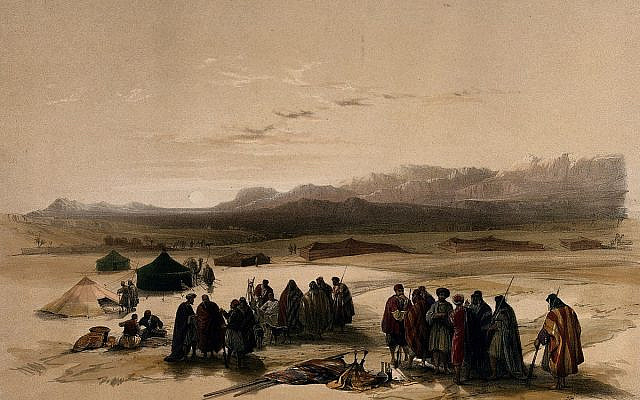 Those 40 years of wandering forged a nation and a collective consciousness, through common experience and a shared fate. These were the constitutive years where the Children of Israel became the People of Israel.

“You shall dwell in booths for seven days. All who are native Israelites shall dwell in booths, that your generations may know that I made the Children of Israel dwell in booths when I brought them out of the land of Egypt,” we are commanded (Leviticus, 23:42-43). All that is well and good, and as a lesson in humility that reminds us that our sense of security can be as ephemeral as a silken thread, it is well taken.

However, there is more to it than these words spoken.

I believe that the unspoken messages of Sukkot are far more profound than the physical commandment to dwell in a makeshift hut.

– We are being asked to relive, to experience in some small way, the rootlessness our forebears experienced, so that we can better appreciate having a homeland where we can lay down roots, where our culture can flourish and we have both the physical and spiritual security of having a place where we belong. We are being asked not to forget the feeling of desperation, of the uncertainty of a nomadic life that was thrust upon us, so that we better value the stability we have now and not take it for granted.

I have experienced that rootlessness; I left home at the age of 16, and for five years, I dwelled in a boarding school and university dorms. But it was more the emotional rootlessness that lay heavy on my heart. Every time I was invited to a family for Shabbat, I found myself looking upon the family as if from the outside looking in, with envy, yearning to have and feel that warmth, that easy and familiar atmosphere, to feel at home. It was only when I made aliyah and built my home and community on Kibbutz Tuval and set down my roots, that I felt the contentment of having a home. And I believe I appreciate it all the more because of those five years of “wanderings.” 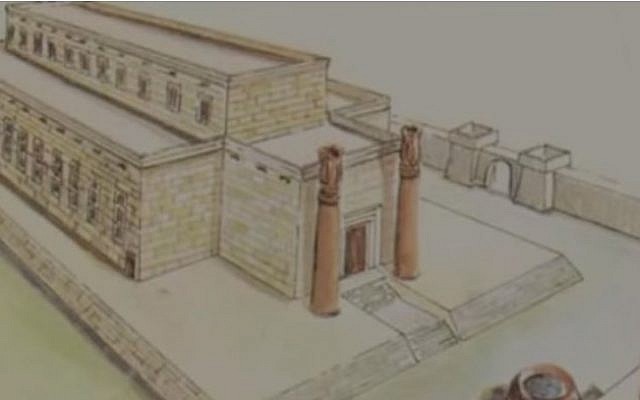 An artist’s rendition of Solomon’s Temple. A symbol of the end to our rootlessness.

– We are being asked to reenact a common experience, separate but together, to remind us that this is how we became a community and then a nation. (Which is the symbolism of the arba’at haminim). For the strength of Israel has always been as a community, united. And thus, every year, we are asked to do this, to renew the bonds and to reinforce our sense of community. The minhag (custom) of ushpizin (welcoming guests) further acts as a tool to impress upon us the mitzvah of hospitality and to be aware of those less fortunate than us, to welcome them into the fold, and to make them feel a part of the community.

Those Shabbat dinners, whether they were on Sukkot or not, were for me ushpizin, a way of telling me that I was not alone. That I was welcomed, a part of the community. And I am forever grateful to them for that; the Todreses, the Boroks, the Nuricks, the Markses, all of them.

So this Sukkot, let us remember where we came from. Let us remember that we too were once rootless and in need of shelter. And let us also be mindful that while today we are privileged to have a homeland, there are those who live among us — and with us — who are rootless, the result of a war 73 years ago ( if not on a political level, then on a human level). Let us remember to be kind and hospitable. And most of all, in these divisive times, when COVID separates us — both physically and in our attitudes to masking and vaccinations (that threaten to tear our communities apart) — let us remember and appreciate the importance of having a community.