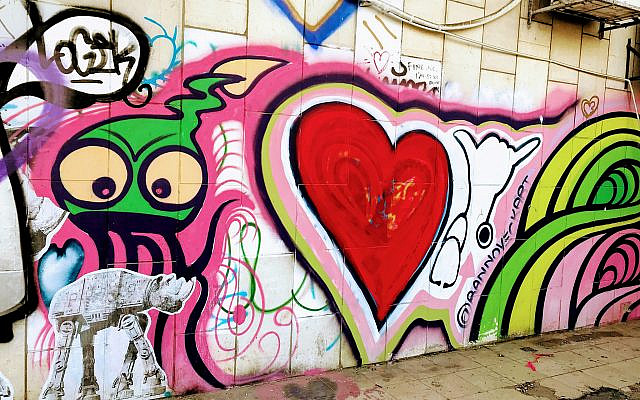 For 73 years, the Israeli-Palestinian conflict has proven the best minds incapable of finding a solution. So, what is at the heart of this impossible human challenge?

For this, I’d like to share an inspiration from Micah Goodman’s wonderful book, Catch-67: The Left, The Right, and The Legacy of the Six-Day War, where he frames the dilemma well. Goodman explains that the Israeli-Palestinian conflict is really about fear vs. humiliation. The Jews are fearful of the Palestinians and the Palestinians feel humiliated by the Jews. The Jewish people collectively suffer post-traumatic stress and anxiety disorders after millennia of persecution culminating in the Holocaust and multiple Wars in Israel against far greater Arab forces. Further, this has been perpetuated by decades of terrorism and Intifadas that have left the Jews feeling vulnerable in their own land of Israel. The net effect of this Jewish history and of being surrounded by hundreds of millions of Arabs, many resentful and angry, is that Jews are naturally afraid. At the same time, the Palestinians, as part of the greater Arabs, feel humiliated after the fall of the Ottoman Empire and the carving up of their lands by the West and the colonialism and occupation that followed by Britain and France. More recently, the Palestinians feel humiliated by the founding of the State of Israel amidst the multitude of Arab lands of the Middle of East, as well as by the barrier wall and regular checkpoints that protects Israel from terrorist intruders, by the West Bank settlements (and actually by Jews  anywhere in Israel), and by general Israeli military control over the territories.

Essentially the Jewish fear is an unstoppable force that is running headlong into the immovable rock of Palestinian humiliation. And the result of an unstoppable force meeting an immovable object is a cosmic explosion—that is the Israeli-Palestinian conflict. Moreover, the unstoppable force and immovable objects are like these hugely powerful magnets attracting each to the other. The more war and terror the Palestinians inflict, the move fearful the Jewish people become. The more fearful the Jewish people become, the more they clamp down on security and control making the Palestinians feel more humiliated and wanting to verbally and violently strike out. Further, every attempt at reconciliation only brings those two opposing forces closer in conflict. For example, the Jews will not give up security control of the Jordan valley nor of the skies overhead out of fear of attack on the small Jewish state by land or air. At the same time, the presence of and control by the Jews of areas over a proposed Palestinian state is a needling humiliation to their national pride. Therefore, the Catch-22 is that Israel will not stop pressing for its security rights and the Palestinians will not budge on their insistence for an end to their humiliation.

As long as the force of fear is unstoppable, and the rock of humiliation doesn’t change there can be no resolution to the Israeli-Palestinian conflict. Of course, over time, as the State of Israel gets stronger, the Jewish people may stop feeling as threatened and fearful—security will give rise to feelings of relative safety. Similarly, as the Palestinians get used to their Jewish neighbors and maybe even start to develop positive relations with them, they will not feel so humiliated anymore—coexistence will give rise to feelings of mutual respect. In essence, the unstoppable force of Jewish fear becomes less unstoppable and the immovable object of Palestinian feelings of humiliation become less immoveable. Hence, Goodman’s concept of “shrinking the conflict” by focusing on positive things we can do to move incrementally forward.

Perhaps the underlying issues and feelings of fear and humiliation will never fully go away. Maybe they have become seared into our genetic identity and national conscience. Yet with time, even genes can mutate and the deepest of wounds can somehow begin to heal as we each grow and maybe even give a little to get a little. The Jews and the Palestinians really share a kindred bond in that we are not only brothers, both descendants of Abraham and Sarah, but also that we have both suffered and carry that baggage forward with our peoples enduring conscience. However, there is hope that in time and with G-d’s help, the opposing forces of fear and humiliation will weaken and thereby become less oppositional. At that miraculous time, please G-d in the near future, the factors that prior resulted in a cosmic explosion of war, terror, Jihad, and Intifada will dissipate. Then instead of suicide bombers and terror tunnels and walls and checkpoints, we can have hope  for the arrival of a beautiful white dove with an olive branch of peace that knows no bitter boundaries of Jew or Palestinian anymore.