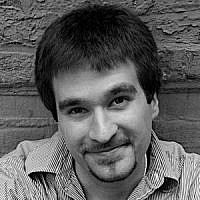 The Blogs
Joshua Stanton
Apply for a Blog
Advertisement
Please note that the posts on The Blogs are contributed by third parties. The opinions, facts and any media content in them are presented solely by the authors, and neither The Times of Israel nor its partners assume any responsibility for them. Please contact us in case of abuse. In case of abuse,
Report this post.

I first met Rabbi Dr. Ron Kronish fourteen years ago, when he was Executive Director of the Interreligious Coordinating Council of Israel and I was a first-year rabbinical student living in Jerusalem. That year, we lived through warnings from the United States State Department,” declarations of a “Day of Rage” from Hamas, murderous attacks against civilians in the streets of Jerusalem, and Israel’s painful decision to initiate “Operation Cast Lead” in the densely packed Gaza Strip. A consistent point of light during this grim time was the set of dialogue groups that Rabbi Kronish and his team facilitated – and which withstood the outbreak of war and outbursts of violence.

I remember listing to these facilitated conversations between young Palestinian and Israeli adults close to my own age at the time, who were already filled with bitterness and loss. Even with tears falling and voices punctuated by anger, these impassioned conversations between Israelis and Palestinians from around Jerusalem were far better than their absence. They created space for emerging adults to share of their lived experiences, be heard, and see that their purported enemies could feel their pain. The participants spoke in human, not political terms. They learned to give voice to their feelings without giving way to violence itself. It was a training ground for peacebuilders.

I have remained an acolyte of Rabbi Kronish’s ever since – despite geographic distance and philosophical difference. We have written publicly about each other’s work and supported each other’s endeavors. Rabbi Kronish has since retired from his formal work as a non-profit leader and is instead taking time to glean major lessons for peacebuilders and those who may yet join their ranks. He has just published a book that will be of importance to anyone who recognizes how little they know about Israel or Palestine, or what it might take to create peace between peoples in a perennial state of conflict, when geopolitics, governments, inertia, and self-interest militate against. Entitled “Profiles in Peace: Voices of Peacebuilders in the Midst of the Israeli Palestinian Conflict,” it relates the stories of three Palestinian and three Israeli peacebuilders, who span geographies, spectra of religious practice, and ideologies. We spoke recently about his work in the course of two interviews (once informally in-person, once formally online).

Kronish suggests that individuals and civil society groups may need to foster Israeli-Palestinian peace from the ground up, after over 20 years of political maneuvering and “goofing around waiting for somebody to come and get them to the table…” and often fighting about the terms on which they would come to the table in the first place for meaningful negotiation. As such, he wants “people to meet the peacebuilders who are not the politicians, not the usual suspects…” from the news or history books.

While not everyone can become a politician, far more people can become peacebuilders. According to Kronish, the Alliance for Middle East Peace lists “up to 160 organizations” working for peace right now, from the grassroots to far more established initiatives. Still more may exist below the radar, revolving around personal networks of relationship among friends and colleagues.

So what does it take to be a peacebuilder?

Kronish emphasizes that the first steps are a blend of human connection across groups and individual introspection about what those connections mean. Through dialogue or collaborative projects across bounds of identity, you become aware of your own story and that of the group of which you are a part. Second, you learn that there is another story from another group, and you become able to articulate it. Third, you learn how to tell both stories, even with their contradictions and uncertainties. Few people, he emphasizes, can hold both at the same time.

Still more challenges await those who attain such introspection. These peacebuilders then need to endure social and political pressures, which have kept many groups and dialogues on the sidelines of Israeli and Palestinian society. In Kronish’s words, “These are people who are optimistic by nature… trying to see the good things even when things are really dark…” They need persistence that can endure decades of strife. Peacebuilders also need a vision for what is possible: “ a kind of religious, cultural vision…” for Jerusalem as a city of peace or how Israelis and Palestinians could live in the future. They need an ideal towards which to work – and then to build concretely towards it.

While the needs are great and the obstacles are significant, Rabbi Kronish remains hopeful for the future and keenly aware of the unpredictable nature of peacemaking, sometimes even in good ways. He relates the story of Senator George Mitchell, who helped forge the Good Friday Agreement between Catholics and Protestants in Northern Ireland. During the final week of negotiations, a major Irish newspaper released a survey that said 84 percent of Protestants and 84 percent of Catholics believe there will never be a peace agreement. By that Friday, he had it. Kronish reflects, “I tell his story a lot because peace is not impossible even when it looks like it’s not possible.” So long as there are peacebuilders, there is hope.

About the Author
Joshua Stanton is Rabbi of East End Temple in Manhattan and a Senior Fellow at CLAL - The National Jewish Center for Learning and Leadership. He serves on the Board of Governors of the International Jewish Committee for Interreligious Consultations, which liaises on behalf of Jewish communities worldwide with the Vatican and other international religious bodies. Josh was is in the 2015 - 2016 cohort of Germanacos Fellows and part of the inaugural group of Sinai and Synapses Fellows from 2013 - 2015. Previously, Josh served as Associate Rabbi at Congregation B'nai Jeshurun in Short Hills, New Jersey and before that as Associate Director of the Center for Global Judaism at Hebrew College and Director of Communications for the Coexist Foundation. He is a Founding Editor Emeritus of the Journal of Inter-Religious Studies, a publication that has enabled inter-religious studies to grow into an academic field of its own. He writes for the Huffington Post and Times of Israel. Josh was one of just six finalists worldwide for the $100,000 Coexist Prize and was additionally highlighted by the Coexist Forum as "one of the foremost Jewish and interreligious bloggers in the world." In 2011, the Huffington Post named him one of the "best Jewish voices on Twitter." The Huffington Post also selected two organizations he helped found as exemplary of those which effectively "have taken their positive interfaith message online." He authored one of "15 Blogs from 2015 that Show How Faith Can Be a Force For Good." Josh has been the recipient of numerous leadership awards, including the Bridge-Builders Leadership Award from the Interfaith Youth Core, the Associates of Jewish Homes and Services for the Aging’s Annette W. and Herbert H. Lichterman Outstanding Programming Award, the Volunteer Hero Award of the Jewish Federation of Greater Washington, the W. MacLean Johnson Fellowship for Action, the Wiener Education Fellowship, and the Hyman P. Moldover Scholarship for Jewish Communal Service. Josh's work was highlighted in chapter of the official report and proceedings of the UNESCO Chairs for Interreligious and Intercultural Dialogue. A sought-after speaker, Josh has given presentations, speeches, and convocations at seminaries, non-profit organizations, and religious groups across the United States and beyond. Last winter, Josh presented about the next generation of religious leadership at the Holy See's 50th Anniversary celebration of Nostra Aetate at the United Nations. The prior spring, Josh spoke about social media and interfaith dialogue at an international conference on faith and reconciliation in Kosovo (his one third there). He has also spoken at the Pentagon about religious diversity in March 2013; given a presentation about the prevalence of hate crimes against houses of worship during a White House conference in July 2011 and a follow-up presentation at the White House on the potential for Dharmic communities to enhance religious pluralism nationally in April 2012; an address at the 2010 Eighth Annual Doha Conference, sponsored by the Foreign Ministry of Qatar and the Doha International Center for Interfaith Dialogue; and a Closing Address at the Tripartite Forum on Interfaith Cooperation at the United Nations in November 2009. Josh has had articles and interviews featured in newspapers, radio and television broadcasts, academic journals, publications, and blogs in ten languages. These include the Associated Press, National Geographic, Washington Post, German National Radio, Swedish National Radio, The Permanent Observer Mission from the Holy See to the United Nations, public radio's Interfaith Voices, the BBC, Vox, the The Daily Beast, The Sydney Herald, JTA, and the blog of the Tribeca Disruptive Innovation Awards. Josh has contributed to edited volumes, including Flourishing in the Later Years: Jewish Pastoral Insights on Senior Pastoral Care, Lights in the Forest: Rabbis Respond to Twelve Essential Questions, Sacred Encounter: Jewish Perspectives on Sexuality, and Seven Days, Many Voices: Insights into the Biblical Story of Creation. Likewise, he has been co-author of a number of academic articles for publications as diverse as Religious Education, Long-Term Living, The Gerontologist, and the Journal of Inter-Religious Studies (a publication he co-founded). Prior to entering rabbinical school, Josh served as an Assistant to the Director of the European Youth Campaign at the Council of Europe and co-Founded Lessons of a Lifetime, a program that improves inter-generational relations through the recording of ethical wills. An alumnus of Amherst College, Josh graduated magna cum laude with majors in history, economics, and Spanish, as well as a certificate in Practical French Language from Université Marc Bloch in Strasbourg, France.
Related Topics
Related Posts