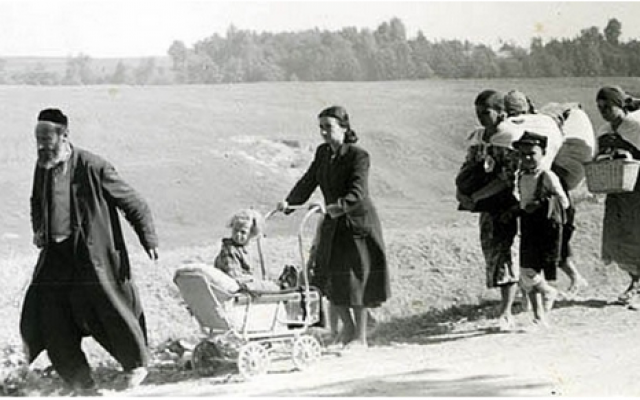 The news that the US is no longer funding UNWRA (the UN Works and Relief Agency) should remove one of the major obstacles to settling  the conflict between Israel and the Arabs. UNWRA has been perpetuating the delusion that the Palestinians are in transit to their permanent home in Israel and that one day they will return. If the ‘refugees’ come under the umbrella of the UN High Commissioner for Refugees (UNHCR), the focus will be on rehabilitation and resettlement in their host countries.

It is not generally known that UNWRA was established with the aim of helping refugees on both sides of the conflict.

According to Don Peretz (Who is a Refugee?)  initially UNRWA defined a refugee “as a needy person who, as a result of the war in Palestine, has lost his home and his means of livelihood.” This definition included some 17,000 Jews who had lived in areas of Palestine taken over by Arab forces during the 1948 war and about 50,000 Arabs living within Israel’s armistice frontiers. Israel took responsibility for these individuals, and by 1950 they were removed from the UNRWA rolls leaving only Palestine Arabs and a few hundred non-Arab Christian Palestinians outside Israel in UNRWA’s refugee category.

At the time there was no internationally recognised definition of what constituted a refugee. In 1951,  The UN Refugee Convention agreed the following definition:

This definition certainly applies to the 850,000 Jewish refugees fleeing persecution in Arab countries, synagogue burnings, arrests and riots. Returning to these countries would have put – and still does -their lives at risk.

The burden of rehabilitating and resettling the 650,000  Jewish refugees who arrived in Israel was shouldered by the Jewish Agency and US Jewish relief organisations, such as the Joint Distribution Committee. They were shunted into transit camps or ma’abarot. The conditions were appalling.

From an early stage in the conflict, the UN was co-opted by the powerful Arab-Muslim voting bloc to skew its mandate and defend the rights of only one refugee population – the Palestinians. The UN dedicated an agency, UNWRA, to the exclusive care of Palestinian refugees.There are ten UN agencies solely concerned with Palestinian refugees. These even define refugee status for the Palestinians explicitly: one that stipulates that status depends on ‘two years’ residence’ in Palestine.The definition makes no mention of ‘fear of persecution’ nor of resettlement. Palestinian refugees are the only refugee population in the world, out of 65 million recognised refugees, permitted to pass on their refugee status to succeeding generations, even if they enjoy citizenship in their adoptive countries. It is estimated that the current population of Palestinian ‘refugees’ is 5,493, million. Instead of resettlement, they demand ‘repatriation’, an Israeli red line. (This begs the question: why would any Palestinian wish to return to an evil, ‘apartheid’ Israel?)

In contrast to the $17.7 billion allocated to the Palestinian refugees, no international aid has been earmarked for Jewish refugees. The exception was a $30,000 grant in 1957 which the UN, fearing protests from its Muslim members, did not want publicised. The grant was eventually converted into a loan and paid back by the American Joint Distribution Committee, the main agency caring for Jews in distress.

Yet on two occasions the UN did determine that Jews fleeing Egypt and North Africa were bona fide refugees. In 1957, the UN High Commissioner for Refugees, August Lindt, declared that the Jews of Egypt who were ‘unable or unwilling to avail themselves of the protection of the government of their nationality’ fell within his remit. In July 1967, the UNHCR recognised Jews fleeing Libya as refugees under the UNHCR mandate.

Needless to say, no Jew still defines himself as a refugee. Despite the initial hardships, they are now all full citizens of Israel and the West. As such, they are a model for the resettlement of Palestinian refugees in their host countries or in a putative state of Palestine alongside Israel.

For any peace process to be credible and enduring, the international community would be expected to address the rights of all Middle East refugees, including Jewish refugees displaced from Arab countries. Two victim populations arose out of the Arab-Israeli conflict, and the Arab leadership bears responsibility for needlessly causing both Nakbas – the Jewish and the Arab. As the human rights lawyer Irwin Cotler observes: ‘Put simply, if the Arab leadership had accepted the UN Partition Resolution of 1947, there would have been no refugees, Arab or Jewish.’

Lyn Julius is the author of ‘Uprooted: How 3000 years of Jewish civilisation in the Arab world vanished overnight'(Vallentine Mitchell)