The Blogs
Arthur Koll
Apply for a Blog
Advertisement
Please note that the posts on The Blogs are contributed by third parties. The opinions, facts and any media content in them are presented solely by the authors, and neither The Times of Israel nor its partners assume any responsibility for them. Please contact us in case of abuse. In case of abuse,
Report this post. 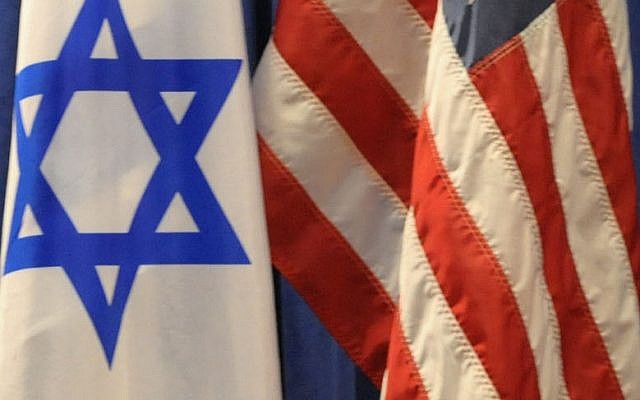 Israeli and US flags (Moshe Milner/GPO/Flash90)

The dust is now settling from the stormy and dramatic US election campaign. Donald Trump is the President-elect, and from this moment onward, Trump and the administration he assembles will be engaged with preparations to take power, seeking to heal the wounds in a deeply divided America, and formulating a new foreign policy, which remains unknown at this time.

As in many capitals around the world, leaders and advisors in Jerusalem are trying to assess the consequences of Trump’s watershed victory. Interestingly, the subject of Israel was rarely mentioned during this acrimonious electoral campaign; however, Israelis followed the developments more closely than any prior presidential race. Israelis’ interest in these elections certainly stemmed from the drama it offered but, more importantly, from our understanding that the outcome will affect the partnership with our closest ally and supporter.

Shortly after the new administration establishes itself, work will begin within the circles flanking Prime Minister Netanyahu and President-elect Trump to set up a meeting in Washington, in order to rekindle the unique and much-valued bond between the two countries.

Reintroducing trust to the bilateral relationship is a top priority for both Israel and the U.S. Achieving this will mean going beyond the common values and interests that define this most crucial of alliances, and reinstating the elements that have been sorely missing from the interactions between President Obama and Prime Minister Netanyahu: Trust and Intimacy and Confidence.

Creating a genuinely warm relationship would require more frequent top-level dialogue, mutual trust, a shared vision, and an agreed-upon formula for dealing with disagreements without resorting to “megaphone diplomacy.”

The Iran nuclear deal, perhaps the biggest source of contention between Israel and the Obama administration, should no longer be a divisive issue. Both Trump and Netanyahu believe that the Iran deal was a bad deal. Nonetheless, it is a fait accompli, despite Trump’s pledge to renegotiate it. Assuming that Trump does not unilaterally pull out of the Iran agreement, the focus should be on ways to ensure that Iran fully fulfills its obligations and that the international community monitors and enforces the terms effectively. Since preventing Iran from going nuclear is a joint interest of both the US and Israel, it should be relatively easy to turn over a new leaf on Iran-related issues, and to come up with an agreed-upon method of consultation and dialogue on the matter. If, however, Trump pulls out of the agreement, much of the international system will enter a stormy and unpredictable phase surrounding the Iranian nuclear program, and all bets will be off regarding what happens next.

The second most divisive issue – that of settlements – has been a major thorn in the side of bilateral relations during the Obama – Netanyahu years. Trump’s view on West Bank settlements is not yet known. The extent to which he wants to deal with the Palestinian issue at all also remains unclear at this time.

It will be interesting to see who Trump appoints as his Secretary of State – an actor that will be key to understanding and channeling Trump’s Middle East policies.

Until now, Israel has faced much international trouble over settlements. Netanyahu continuously reiterates his commitment to the two-state solution. The problem lays in the fact that many in the US and the world point to what is described as the dissonance between Israel’s declared policy and its activities on the ground in the West Bank. This perceived dissonance has damaged Israel’s credibility and has given ammunition to the advancement of pro-Palestinian unilateral resolutions within international organizations. The outrageous UNESCO resolution, which does not recognize the ancient Jewish connection the Temple Mount, is just one example.

For Israel, close dialogue and reaching renewed agreements with the incoming American administration are critical.

Had Clinton won, Netanyahu would have had to clarify his vision and prove, in both actions and words, that when he speaks in favor of a two-state solution, this option will remain viable on the ground. With Trump in power, it remains wholly unknown whether Netanyahu would face such pressure.

Elsewhere in the region, Trump will have to turn his attention to tensions with Russia in Syria (which he has pledged to lower), the war on ISIS, the attempt to stabilize Iraq, and the raging Sunni — Shi’ite conflict. All of these issues affect Israel’s security, of course.

The Sunni-Arab pragmatic camp continues to look to the US for global leadership, which Sunni allies of America have felt to be acutely missing in recent years.

Resetting relations will undoubtedly serve the strategic interests of both sides. Israel’s security is deeply dependent on its alliance with Washington. Likewise, the US has many interests and enormous challenges in the Middle East, and its strategic partnership with Israel is a reliable asset. Within the chaotic and dangerous Middle Eastern map, Israel stands out as an island of stability and loyalty to the US.
One concern is that in the US, isolationist voices, keen to move Washington away from the international arena, may seek to influence Trump’s foreign policies. I do not seek to give advice to the White House, but from my perspective, and in the Middle Eastern context, it would be a serious mistake for America to withdraw. Such a policy ought to be guarded against from the Israeli context.

Stepping back to let the ‘natives settle their problems’ alone would be a disastrous policy, as it would weaken all of the moderate forces in the region, and strengthen the dangerous radicals that threaten to undermine global security.

After ISIS is defeated or downgraded, the need to counter the extremist Iran-led Shi’ite axis will increase, for that axis will seek to expand its influence in violent ways that will call for a significant American role.

If a new intimacy is reached in the alliance, both countries will be in a better position to take on the enormous regional challenges for the good of both states.

About the Author
Ambassador Arthur Koll is the former Deputy Director-General of the Israeli Ministry of Foreign Affairs. He concluded his service as the head of the Media and Public Affairs Division. He is a former Ambassador of Israel to the Republic of Serbia and to Montenegro and served as instructor of the National Defense College. Mr. Koll also served as Consul of the Israeli Consulate in Atlanta, USA. Ambassador Koll is a Senior Diplomatic Advisor to The MirYam Institute. Follow their work at Www.MirYamInstitute.Org
Related Topics
Related Posts
Comments