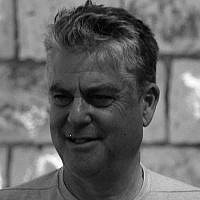 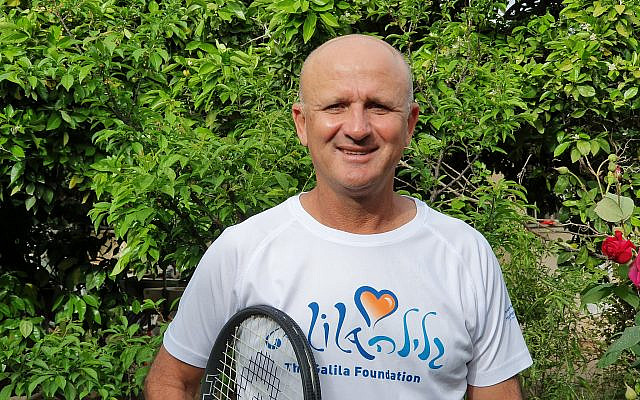 In economically challenged Kiryat Shmona, an extraordinary man enhances young lives. There, an Israeli tennis coach uses his sport to teach life’s lessons to children with disabilities. A coach that early in life thought, “Maybe something is wrong with me?”

Shaul Zohar grew up in Kiryat Shmona, a municipality nestled into hills dividing Israel from Lebanon in the northern Galilee. The community has a bucolic setting, nearby tourist attractions and a neighboring college. But it also has systemic poverty. Surrounded by 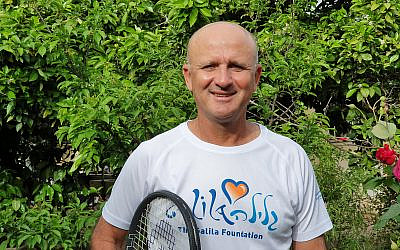 verdant kibbutzim fields, today signs of its crumbling infrastructure are everywhere. Some residents want to leave but have nowhere to go. For others, it is a town you drive through on your way to somewhere else.

Not Shaul Zohar. For this remarkable man, Kiryat Shmona will always be home.

Shaul was born in 1961 to parents that immigrated from Iran in 1949. By fourth grade, he knew he had a problem.

In class, Shaul’s teachers thought him a bad student and lazy. His self-esteem plummeted. By age fifteen, Shaul was far behind the other students. For him, reading was nearly impossible.
One day, Shaul saw a short, black and white clip of a tennis match at Wimbledon. Days later, his High School started a tennis class. Why not, he thought?

That love manifested into determination. That determination turned into domination. Through sheer effort, he became the best of the group. No longer the class dummy, he thought, “Maybe this is my place. I can express myself. I can be somebody.”

After six months, his instructor, realizing that Shaul couldn’t afford a racket, gave him an old wooden one. Getting emotional, Shaul said, “I remember this moment.”

Shaul would spend two to three hours hitting tennis balls against the wall of the school–it was a living embodiment of Malcom Gladwell’s 10,000-hour practice prescription for excellence. The practice paid off.

“I felt that I [could] do anything with the ball.”

The teacher told Shaul he was dyslexic. Dyslexia is a disorder that impacts areas of the brain that process language. It often causes difficulties with reading and recognizing words. As a result, dyslexia victims of normal intelligence are often characterized as lazy or stupid.

For Shaul, the teacher’s diagnosis was a lightning bolt. He “saw all his life in one second.”

When the teacher asked when he had last read a book, Shaul answered, never “because when I read my body starts to ache, I feel pain. I cannot read.” But despite his memory of the pain, Shaul felt freed from shame. “Now I understand,” he said. “Maybe I was not stupid.”

Shaul fixed his problem by reading books over, and over again. Till then, his life had been built around repetition as he tuned his tennis game—drop shots; lobs; topspin forehands; cross-court backhands; and slice, flat and kick- serves. Through arduous effort Shaul had learned to effortlessly employ these tools of tennis. Now Shaul would utilize the same persistence that drove him to excel in tennis towards learning to read.

Then came a break. Hour after hour, Shaul would hit tennis balls against a wall at the local tennis club in Kiryat Shmona. He didn’t play games with others because he had no money to join the club or to rent court time. But the manager of the facility saw Shaul’s determined approach to improving his game. He asked Shaul if he would be willing to teach tennis to kids at the facility. For Shaul, it was “like winning the lottery.” Now, he would be able to play tennis on the courts for free. Soon, Shaul realized his future was in coaching tennis, not playing professionally, and that teaching kids most interested him.

“Influence,” he answered. “I can give the kids direction to appreciate what they have.”

Shaul told the children, “I will help you be the best player. And then I will share with you that feeling.” That feeling of success.

In 1983, Shaul began working for the Israel Tennis and Education Center (ITEC). The mission of the ITEC was to give kids a better life through tennis. That mission fit Shaul’s outlook perfectly.

As time went by, Shaul thought more about the disadvantaged kids in Kiryat Shmona. Especially “children who were in danger of being left behind by society, and who weren’t on the path to become successful adults.” In 2003, he developed “Embrace”, a program to help “children at risk.” Shaul had learned of some kids that didn’t show up for school. Rather than being influenced by an educational environment that enriched them, they spent their time in a smoking and drinking environment that diminished them. Shaul thought tennis might provide the structure they needed.

After consulting doctors and teachers, Shaul established a tennis program for those troubled kids that included fringe benefits like field trips to the Golan Heights and even access to Xboxes. But there were two pre-requisites: the youths must attend all tennis classes and they must come to school. They had to earn their fun.

Shaul started the program in Kiryat Shmona. He wanted to begin with twenty, seventy applied. He began with forty-eight. For the children, the tennis racket became “a tool to connect to life.” Through the discipline of tennis and the loving attention of Shaul and his fellow recruited instructors, the children gained confidence and feelings of self-worth. Embrace has now been implemented in ten centers. More than one thousand kids at risk are enrolled.

But despite his success, Shaul left the ITEC in 2017. According to Shaul, the ITEC wanted him to move into a position that focused more on fundraising than coaching. But Shaul loved working with kids. That love won. He resigned.

“It was terrifying for me. Like jumping from an airplane at night without a parachute.”

Shaul wanted to join with a school for kids with special needs and establish a tennis program tailored to the needs of the students enrolled there. But his severance only equaled six months’ salary. Hardly enough to establish a new program with enough funding to help children and provide him a livelihood.

That’s where Galila stepped in to help. Galila is a philanthropic organization dedicated to serving the needs of northern Israel. Yael Barlev is its CEO. She is a tall, striking, no nonsense woman driven with dedication for her cause. Galila’s signature effort is its Fellows Program, “A social venture aimed at supporting, empowering and enhancing entrepreneurs . . . whose initiatives are based in the Galilee region of northern Israel … which are making a difference to various populations and groups living in the Galilee.”

Shaul met with the administration at the Renanim school in Kiryat Shmona. Children with disabilities living throughout the Galilee go there. With the support of Galila, the school built an outdoor tennis court. There, Shaul now teaches fifty youths with disabilities, ages eight to twenty-one.

The challenges are immense. Each child has their individual difficulties. 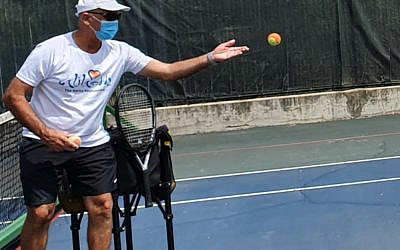 Some require wheelchairs, some have mental disabilities. It’s “not easy, you have four levels” that require different teaching techniques but must be done simultaneously.

Yael told me, “He created a miracle [t]here.”

About the Author
Cliff Sobin is the author of Living in Heaven, Coping with Hell: Israel’s Northern Borders—Where Zionism Triumphed, the Kibbutz is Evolving, and the Pioneering Spirit Prevails. He also wrote The Pivotal Years: Israel and the Arab World 1966-1977. Previously, he wrote a treatise on Maryland Workers' Compensation law and spoke publicly on multiple subjects. He now focuses on speaking to student groups regarding his mother's experience in the Holocaust.
Related Topics
Related Posts
Comments